Everyone wants to work on culture; it may sound exciting and even fashionable. But the road is reserved for the resilient. The impact from working on culture goes beyond the boundaries of a system.

A South Indian meal feels incomplete without its final act - the curd rice. It is as simple and comforting as it sounds.

But, unlike a chocolate pastry, curd is an acquired taste. Flat and with a weird consistency, it is not instantly likeable. To make it interesting and flavourful, we serve a spicy, tangy pickle along with the dish (we Indians have a thing for all things masaledaar ! ).

For most leaders in organisations, culture is this proverbial pickle - a choice, an accompaniment. Something interesting and tangy that adds a splash of colour and taste to what is otherwise bland and ignored. But, the reality is that building culture is a long-drawn affair and cannot be a garnish. Even pickles need their time, from a few weeks to an entire year, to mature into the right consistency.

The journey of an organisation’s culture-building can get tedious, and also feel a bit abstract, with many theories out there, but no direct levers handed over to control or influence people. The need to nurture inherent org culture while enhancing it is deeply felt. With all good intentions, organisations demand ‘building an awesome culture’ or ‘the right culture’ from the HR head and the HR team.

• But, what is culture, and where is it located?

• What is in the minds of team members and leaders when they say ‘culture’?

• What is the experience of customers or business partners when they interact with the organisation?

• Whose culture is it anyway?

I recall an instance where my friend, who was the Head of HR for a fast-growing start-up, called me to say that his organisation’s values were in the process of being defined and that his CEO insisted on ‘hustling’ to be called out as one of the values. I asked him why this behaviour was so very important.

He said that the organisation was in a growing phase and everyone had to hustle, else they could fail. There were too many competitors mushrooming each day in their space, and the CEO also feared technology shifts and wanted to get the lion’s share of the market. My friend mentioned how, according to him, the hustle was the reason why most of the time they were trying to put out fires. They loved saying ’we want it done yesterday’, but without taking the time to plan. Dive first, figure it out later - all of it leading to everyone being extremely busy.

But, they were not questioning how the fires came to be in the first place. In the organisation, even the vendor selling pani puri in the cafeteria was aware of how the boss likes hustling. The leader never wanted to believe that the hustling which helped them immensely in the early days was becoming their undoing. The CEO felt that this characteristic is the one thing that brought them this far.

The road to culture building brings us to such crossroads.

• While it might have helped them when they started, does hustling today help?

• Is it a value you want to nurture in your journey?

• Can it be agility instead, and not hustling?

These questions and answers have to come up as they sit for conversations and introspect. Reflection and introspection are at the core of culture building. Else, hustling will ensure that they are on a treadmill panting and puffing, not going anywhere.

Questions like how to define culture, and what leaders think make a good culture, lead us to the starting point of arriving at the values of the organisation that are sacred. We need to define the behaviours required as well, a guide on how to demonstrate the articulated values.

When we begin to define values, it is important to peel and see what lies beneath the surface. This can often surprise the organisation, in ways that the leadership might not feel too comfortable. There will be anxiety, defence, and denial because work on culture brings hidden hierarchies to the surface. But, invariably, culture-building should involve engaging with these hierarchies (hidden) continuously.

The task of arriving at Values requires us to look at our current beliefs and behaviours dispassionately. There could be some behaviours that got accidentally built-in, like hustling in the example earlier. The important thing to remember is not to blame or wallow in guilt and accusation, but have the courage to drop the toxic or limiting baggage that tagged along - passionately pursuing what needs to be acquired.

Setting Things Up For Failure

A start-up in India became a household name over a decade. It gave global giants a run for their money. Its growth was so magical that it became a textbook story for many founders in India. But the organisation was never able to hire or retain an HR Head on their rolls for more than a short period of time. At one point, one of their business leaders was holding the position.

When I spoke to some of their internal HR team members, they described how the CHRO should be an internal homegrown member and that outsiders could not understand their culture. The culture of the organisation, in their minds, was unique and an outsider would not be able to get it. So, they will never stay and deliver. Interestingly, in the internal HR team, there were many who aimed for the position. They believed that in a few more years, they would have enough experience to become contenders.

What in their culture was rejecting these new entrants? While their growth hacker culture was great, did it also build a culture of rejecting new ideas? Had the organisation become a closed system? Not having a competent HR Head was serving whom? It served well for the HR team not to be scrutinised closely and in keeping the post vacant for them to dream about. And for business leaders, it was very convenient to not have a peer who would bring governance and people’s perspectives to the table.

The vacuum was evident, in my opinion.

The uncomfortable reality is that examining culture is not equivalent to fixing it. All the good work gets undone when even one decision goes against the grains of the defined values. Culture gets brushed off if, in a rush, without setting context or direction, the organisation takes a stand that can be viewed as unilateral or arbitrary.

The constant engagement that culture-building demands is what scares leaders in organisations because they will, now and forever, be held accountable for their decisions and actions to their team members, customers, and partners. And to leaders, accountability is limited to having their CEO or the board, and not anyone beyond that. Many also believe that they have absolute power vested in their role.

Everyone wants to work on culture; it may sound exciting and even fashionable. But the road is reserved for the resilient. The impact from working on culture goes beyond the boundaries of a system. When team members go home, they are part of the family system where they spread similar values. When team members leave the organisation and start a new journey in another organisation, they continue to be the vehicles that carry the values forward. 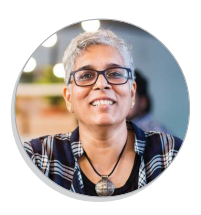