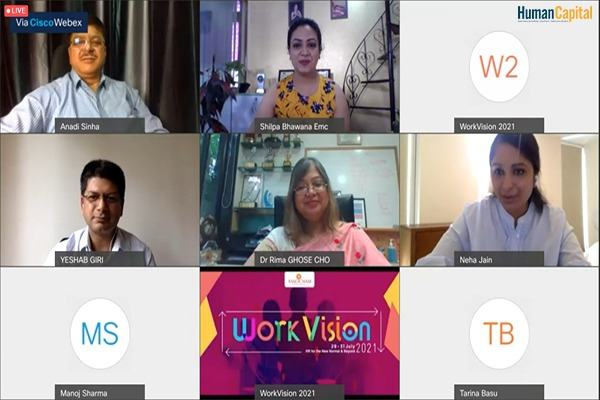 Human Capital Magazine, in collaboration with the ASSOCHAM National Council, as a knowledge partner, conducted a virtual conference on “Emergence of the Gig Talent Economy”.

The conference was a part of the WorkVision 2021 virtual conference themed “the HR in the New Normal & Beyond, conducted by the ASSOCHAM.

The conference began with Ms. Jain’s welcoming note, wherein she spoke about the Gig Economy and its benefits and prevalence.

Taking forward the session, Dr. Chowdhury shared her take on Gig Economy and said “Gig Economy is a very unique work engagement and essentially it’s a result of a shifting cultural and business economy.” She also attributed a phrase for Gig Economy i.e. “Greater Flexibility, Immense Possibilities and Greater Agility”.

During the conference, Mr. Giri talked about Gig Economy culture in Indian context. He said that there different versions and variations about the Gig Economy. Citing a report, he said gig working environment is characterized by three key actors i.e. freelancers, requestors (client), and platform. He mentioned, companies are strategically also looking at redistributing the talent landscape across a mix of full time, flexible and also freelancers and with more and more development of technology.

Sharing his views on Gig Economy, Mr. Anadi said that “in manufacturing sector work from home used to be a taboo in our setup.” He added, “But this pandemic has changed our complete outlook, and most of the jobs which can be done out of the office can be done while on the go, can be done sitting at your village are allowed to do. And the first thing we downloaded and offloaded was the engineering and design capability.”