Blend Them in the Right Spirit!

It takes a lot to get high. Actually, on second thought, it doesn’t. Walk down the lane, and the local desi bar has what they call the ‘paua,’ which satiates not just the liver but also the nerves that get wrecked by those on the other side of the computer screen. Wonder why we are talking about desi paua? Read further to find out what it’s like to mix spirits at random versus blending with professional finesse.

Somewhere in a cosy household, Humpty sat back on his recliner with his wife, who was asking him how his day was. He requested her to instruct the help to make some sushi while she poured him his favourite scotch from the decanter. He wondered if only the person across his desk at work, whom he spent the day with — trying to explain basics to, teaching the ropes, helping respond to political emails — had to return his favours selflessly.

His thoughts travelled from his office back to his wife as he requested her to pour the next couple of ounces. He pondered how diverse his team was. In normal times, his junior most team member, who once was a regular at the local desi bar, would join him for a drink at home. But, with micro containment zones everywhere and the restrictions across the city, he couldn’t even invite him home, and the bars aren’t open. So, he decided to home deliver his favourite drink as he took to his third peg of scotch. It got him thinking that the spirits in each of his team members varied at different times of the day, different days of the week, and even more so based on who they were working with. Most of them being drinkers, the spirits they consumed after work had varying levels of alcohol content in them, and yet, they were united by some spirit or the other.

He had no clear idea of what hypothesis he was trying to construct, but he continued building the story in his head. He had spent the entire day trying to resolve what Jack and Jill, two of his high-performing direct reports, refused to call a conflict through conversations and mediation, but nothing worked. They both were stuck on their own ideologies and continued to defend them and even justify them without being open to the thought of the other. The day passed by, and he just couldn’t get what he wanted to achieve for himself and his team.

All three of them, as they sat in their respective homes, sipping on their choice of alcohol, knew for a matter of fact that it was a day well wasted. They had effectively managed to elevate their egos and not allowed for success to be theirs. As they individually prepared for the next day, Humpty sent a message on their common chat group – “I need to talk at an HR conference tomorrow on ‘Effectively Managing a Blended Workforce’. Please send me some pointers.”

Within minutes his phone was flooded with ideas from both Jack and Jill.

Jill: A blended workforce obviously brings in more diversity. Full-time employees work with certain levels of commitment, and contractual staff working side by side with them add their own flavour of novel ideas.

Jack: My view is quite the contrary. Such a workforce can have an unwanted consequence on the brand and culture of the company. Committed and non-committed working side-by-side! Hah! Jill, your ideas spell doom.

Humpty: While I agree with both of you, can’t there be a fix? Clarity in the communication of values and categorically laying down expectations should address it.

Jill: Thanks, Humpty. A blended workforce is a way to make the operations scalable without escalating costs. Don’t you remember how we managed that project with temp staff and delivered on time and within budget? As a result, revenue grew, and our expenses were contained.

Jack: Oh yeah! Who can forget the chaos that happened? Alice was a temporary resource, and she had to attend to a domestic task and informed the team just before a client meeting. The project manager had to run around because none of the fulltime employees was ready to back up for Alice. Jill seems to have forgotten that.

Humpty: That’s true, Jack. But we fixed it, didn’t we? We quickly shifted to a meeting format where Alice’s part of the presentation was recorded and played. The client loved it! Jill: Haha. That makes the score 2:1, Jack!

Jack: Hang on, Jill. I won’t give up so soon. Do you remember the team disconnect that we saw last year? It was a result of the blended workforce. Remote teams and managers were working from the mountains, beaches and their dining tables. Vital team meetings and rapport exercises all went for a toss. It was you who had to intervene to set up hubs for crossfunctional, meaningful interactions.

Jill: You said it, Jack. I did have to develop creative communication strategies, but the point is that it worked, and how! Simply like magic.

Jack: Training and culture orientation could take a backseat when it is difficult to track down every single employee. We have moved to self-paced learning on online platforms, but it’s hard to measure how much each team member is assimilating and putting into practice. We are making a lot of effort in measuring effectiveness and presenting in dashboards. I am worried that we might soon appear confused and jumbled in our approach towards our culture. This is important as it can badly damage business relationships and credibility.

Humpty: As always, you guys have diametrically opposite views. I love the debate, but eventually, I find myself at the receiving end, trying to find fixes to all the problems you have stated. I asked for this, didn’t I?

Humpty went back to his recliner and dozed off, thinking, “What a fine blend I have in my team. They truly lift my spirits!” 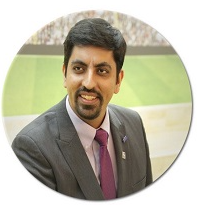 Sahil Nayar, Senior Associate Director – HR at KPMG, is a HR professional whose forte is building an employer brand that helps attract and leverage relevant talent. 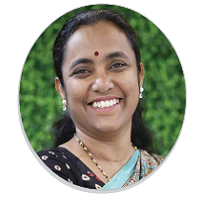