Above the new world of work and the digital evolution becoming a revolution — the humanness of the corporate world, the realisation of the inter-dependency of work, family and relationships, and the owning up to fellow human beings are the starkest and perhaps the most positive changes that the pandemic brought about.

A few years back, I was anchoring a national HR partner role when I had to witness a colleague in one of the business units suffer from cancer. His struggle was long and hard; chemo and therapy led to recovery, only for the monstrous tumours to resurface again. This fight continued for over three years.

His last days entailed a painful, prolonged hospitalisation. His insurance was running out, and any exceptions that the organisation could sign off were also exhausted. As colleagues, the helplessness we felt for him was nothing compared to what he, the sole breadwinner of the family and father of two school-age children, and his family would have felt.

I recall spending hours thinking about how we could be of more help, and it occurred to me that while his demise was a matter of time, there was something that we could probably support. His wife was educated, and while she had never worked in a corporate setting, she was well qualified for an entry-level role. We discussed options within the business unit, and I presented the proposal, a compassionate benefits offer, to the then-CHRO. We could consider having this colleague’s wife appear for assessments to a couple of vacancies we were recruiting for (at the time, we were hiring 300+ people for vacancies across the country).

The proposal was on creating opportunity, not charity, in line with all the specifications that we assessed for regular recruitments. To that effect, we considered creating a benefits policy around this. The proposal was hastily turned down. It wasn’t the rejection or absolute derision with which it was turned down that impacted me most; it was a feeling of being disillusioned – with the sham of “opportunities” we claimed to create; the concept of the ‘Employee First’; the stonewalling of the proposal by those concerned to even discuss it with management.

As I have been reading lately about several companies considering and working out benevolence and compensatory schemes to support the families of colleagues who have lost their lives to COVID-19, these memories came flashing back.

To me — above the new world of work and the digital evolution becoming a revolution — the humanness of the corporate world, the realisation of the inter-dependency of work, family and relationships, and the owning up to fellow human beings are the starkest and perhaps the most positive changes that the pandemic brought about. Limited to government organisations so far, the concept of providing an employment opportunity to an employee’s family member seems right on many levels:

• It provides for a continuous support system that is self-sustaining.

• It creates employment opportunities that in turn contribute to the economy and nation-building.

• It expands the organisation’s talent pool and fosters diversity.

• It significantly boosts employee belongingness. (A 2017 study by Fractl on most desired benefits had health and insurance as top considerations for 84 per cent of respondents; one can only imagine the premium employees would place on the benefits of continued support and financial independence for their family after they are gone.)

• Lastly, it makes ‘choice’ an important tenet of experience.

Paradoxically, some of the best practices on people and purpose have come up as a result of the pandemic and chaos. I hope the HR fraternity catapults this moment and leads the redesigning of business with welfare in mind. If laid well, keeping objective metrics and transparency at the core, compassionate benefits policies have a distinct place in the present and future of work. 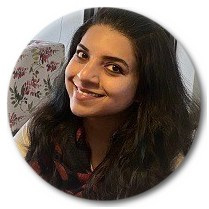 SHARE
Anshu is a senior HR leader with diverse experience across IT, Lifesciences and BFSI Industry. An equal opportunity proponent, she believes in respect and empathy for individuals as core to living well. She can be reached on https://www.linkedin.com/in/anshusingh/