Do What You Love

“No one on his deathbed ever said, 'I wish I had spent more time at the office’-commonly attributed to politician Paul Tsongas

Work Life Balance (WLB) has always been a much discussed and debated topic in the aisles of corporate houses. It has been a quest world over to come to an acceptable, allen compassing, and universal formula for WLB. While several among the higher-ups in the corporate world have strived to define its contours, how many of us truly understand its core value and essence?

Every corporate house sets up a different wing in the name of WLB. I believe it is just for namesake as the ground reality is completely different.

Big corporate houses have made it a norm to treat WLB as genderspecific. The bugle of gender equality is blown loud and repeatedly in workplaces as various teams inculcate the values of WLB based on gender-specific conditions. For example, the recent addition of Menstruation Leave is a good move and the need of the hour, but a case may be made in favour of it giving a feeling of being partial to other genders and inviting the risk of being misused.

Many studies reveal that the productivity levels of an employee goes high if they spend more time with their loved ones. A study conducted by Airtasker showed that on average, remote employees worked 1.4 more days every month, or 16.8 more days every year, than those who worked in an office1 . The study further stated that on those extra days, employees spent more time getting things done. Not only are people spending less time stuck in commutes, they are also working in their home environment, with their loved ones, i.e., less stressful environments.

It is imperative for all organisations to take cognisance of the shift in work culture and aim to embrace and inculcate it at every level. An organisation is valued if they welcome a returning mom, women on a break or someone with a disability. WLB can not only be just an added feather on the cap provided by an employer, it can also be a game changer for employees in need.

WLB can be a deciding factor as a rewarding structure for any employee. Not many organisations in our country are still not open to WLB culture but it is time we began embracing it; an organisation will truly be employee-centric if they offer WLB to their employees at all levels.

While WLB is industry specific, however I believe, the below pointers stand common for all sectors:-

2) Profiles which are work-specific instead of target-specific

3) Equal compensation for a specificlevel as per market standards

4) Rewards and Recognitions at regular intervals

WLB while is an added advantage for an employee, it can be beneficial for the organisational culture as well.

1) Employees feel more productive if they are taken care of

2) A satisfied employee becomes the walking advertisement of an organisation

It is time to adopt and implement WLB culture as a part of core values and present it as a reward as it can lead to an increase in the employees’ productivity, morale and confidence. 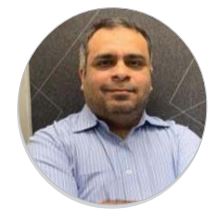 SHARE
Vinod Arora is a Strategic Human Resource Professional with over 14 years of experience. His responsibilities include onboarding, background checks, compensation, benefits, employee file management, time and attendance, and exit management. He enjoys coaching, mentoring, and sharing knowledge with his peer groups and is in the process of publishing his book on HR.