Harassment, whether passive, aggressive or active, is a problem in many organisations. In a diverse country like ours, there are many fault lines besides gender at the workplace.

Nadeen Ashraf is a young university student in Cairo, Egypt, who has been vocal on women’s rights and sexual harassment in her country. Recently, she hit the news for a strange reason. While walking down a road in her city, she noticed a cab driver slow down beside her and make lewd remarks. She decided to surprise him by jumping into the cab and engaging him in a conversation to understand why he did something so offensive. They talked for an hour after which he apologised for his behaviour. However, when she was getting out he remarked that now he would never get married. When she asked why, he said that she had convinced him that he should not compliment women. Is this at all relevant for managers in commercial organisations? It is, for the two insights that it provides.

That bad behaviour can often be modified by direct engagement and open dialogue. Clearly, nobody had ever talked frankly with the cab driver to elicit why he did what he did. When Nasreen engaged with him, she changed from being a remote object to a real pleasant bright and earnest person whom he would not like to ever offend.

That bad behaviour often arises from a poor understanding of the other. The cab driver genuinely believed that he was complimenting women when he made lewd remarks. Which is why he was distressed about learning that they really did not like it.

The issue of Harassment

Harassment, whether passive, aggressive or active, is a problem in many organisations. In a diverse country like ours, there are many fault lines besides gender at the workplace. These include language, religion and caste. In some organisations, which have gone through acquisitions, there is a fissure between old and new employees. In other organisations, there are divisions between lessqualified people who have risen through the ranks and morequalified people who have made a lateral entry. In every case, these divisions impair productivity to some extent. Organisations generally ignore issues when the harassed group is very small. When the groups are more evenly matched or where a group has to be protected under judicial orders (for example, women) the route followed is one of sensitisation through training, along with the provision of channels for reporting incidents and institutions for enquiry and punishment.

The cab driver in Egypt went through unplanned but intense training through Nadeen. In the absence of any follow-up or punitive mechanisms being in place, it is difficult to know how enduring the effect of this ‘training’ was. Also, this did not happen in a safe environment. Nadeen’s impulsive act could have gone horribly wrong. She is just lucky that it did not. The challenge for organisations can be summed up this way: how can we provide an immersive training experience that allows for frank and difficult conversations around topics which are generally taboo or politically incorrect?

This is where, paradoxically, the world of computer games has thrown up possibilities. Developing a game with a real-world feel is extremely difficult. That is why game companies have developed gaming engines which are like a set of foundational tools which can be used to build the environment, persona, and actions involved in a game. Using a gaming engine, developers can focus on the game instead of the messy task of representing, say, buildings, terrain, characters, sound effects etc. This incomplete and over-simplified description of a gaming engine is adequate for our purpose here. Now these gaming engines are being used to create virtual worlds for other purposes best understood through an example. VR Perspectives is a company that uses a popular gaming engine (Unreal Engine) to build an office environment where issues of conscious and unconscious bias can be addressed through roleplay with players, after choosing an avatar to interact with other office workers. We all know that such bias is the key hurdle for initiatives designed for greater diversity and inclusiveness at the workplace. This bias is rarely admitted, but becomes painfully evident to someone who chooses an avatar from an excluded minority group, and then interacts with others at work.

The power of such immersive experiences is yet to be fully appreciated, much less realised. Imagine getting men to take on the avatar of a lady employee in a male-dominated work environment. Or a majority community employee donning the avatar of a minority community colleague. Very quickly, such people will become sensitive to the subtle, often unconscious, display of prejudice at work. It is not that the power of role-play was not known earlier. In fact, Prof. Vijay Padaki, formerly of IIMBangalore, had pushed for a Theatre In Management initiative as a tool for leadership development, in the 1990s. Evidently, playing the role of a confident, responsible and assertive leader on a stage goes some way in creating one in real life. What modern VR technology has done is to make it easier to deliver this kind of experience all over the world in a scalable manner.

In India, with its young workforce, which is in many cases already comfortable with multiplayer video games, this kind of tool for sensitisation and, hopefully, behaviour change, will find ready acceptance. Imagine a time in the future when someone like Nadeen Ashraf will not have to put herself at risk to have a difficult conversation to change one cab driver, because all cab drivers would mandatorily go through immersive virtualreality based training to help them feel what a vulnerable woman feels on Cairo streets.

Virtual reality is enabling avatar-based social get-togethers and other such meeting initiatives. It is also being explored for improving the shopping experience by giving buyers a feel of the product they are evaluating for purchase. These are just a few of the many applications that are either being written about or are already deployed. However, it is likely that the real power of virtual reality will be unleashed in corporate training of a kind never seen before. That is because good training is a performance multiplier with lasting effect. For once, we have an instrument for really building empathy by getting people to actually get into each other’s shoes. It is perhaps not entirely a coincidence that the founder of VR Perspectives is a lady. As someone who grew up in South Asia and South-East Asia, Myra LalDin is very well placed to create a tool that may significantly address harassment at work. And that is merely a start. 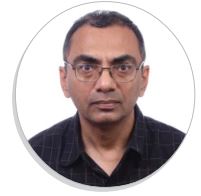