The Icing On The Cake!

It is a cliché that common sense is not common, however, the ability to sense emotions is pretty common not just across humans but even among animals. Before we understand emotional intelligence and how it can be leveraged, it is critical to understand the science of emotions. The science of emotions is vast, constantly evolving and overly complex.

Emotions are biological states associated with the nervous system brought on by neurophysiological changes associated with thoughts, feelings, behavioural responses, and a degree of pleasure or displeasure. Emotions are often intertwined with mood, temperament, personality, disposition, creativity, and motivation. Emotion is often the driving force behind motivation, whether positive or negative.

The Component Process Model of emotion provides a sequence of events that effectively describes the coordination involved during an emotional episode. It begins with a ‘cognitive appraisal’ that provides an evaluation of events and objects followed by ‘bodily symptoms’ that constitute the physiological component of the emotional experience. This results in ‘action tendencies’, a motivational component for the preparation and direction of motor responses that result in ‘expression’ either facial and/or vocal that almost always accompanies an emotional state to communicate the reaction and intention of those actions. All these events culminate in ‘feelings’ - the subjective experience of emotional state once it has occurred.

Effectively, emotions are pertinent both to body and mind comprising of the physical and mental worlds. Emotions facilitate adaptive responses to environmental challenges. All the components listed here except the cognitive appraisal are externally visible and can play a strategic role in setting the tone and emphasising certain key aspects of the communication. Our unresolved, unacknowledged feelings can lead us to anxiety, arguments and worse.

Body language is the unspoken element of communication that usually reveals the true feelings and emotions. Gestures, facial expressions, and posture, for instance, are key components of body language. Those who can sense or read these signs, can use it to their advantage. For instance, it can help in understanding the ‘complete’ message of what someone is trying to say along with their intent, and to enhance the awareness of people’s reactions to what is being said and done. It can also be used to adjust one’s own body language so that s/he appears more positive, engaging, and approachable. Body language is universal in nature and transcends cultural barriers.

Even though the audience does not understand the language being spoken, they can understand the tone and expression that is beyond language and culture. That said, emotions on the other hand can also be silent yet extremely impactful. Whilst the psychologists enlist happiness, sadness, anger, fear, disgust, and surprise as the six basic emotions, the Nava-Rasas (9 emotions) as described in ancient Indian aesthetic philosophy viz., love, joy, wonder, courage, peace, compassion, anger, fear and disgust can be seen as being indicative of prime human emotions. They form the foundation from which the traditions of dance, music, theatre, art, and literature have evolved.

Emotions come from the arousal of the nervous system. Emotions are typically measured in physiological responses, such as a pounding heart, sweating, blood rushing to the face, and the release of adrenaline. Expression is also a major part of emotions. Expression is associated with parts of the nervous system. The parts of the nervous system that affect emotion the most are the frontal lobes and the amygdala. The frontal cortex is usually associated with feelings of happiness and pleasure. The amygdala is usually associated with feelings of anger, fear, and sadness. Even though we experience a variety of emotions all through a typical day, most of these emotions are transient in nature. However, when these emotions become intensely negative or are unremitting, they can dramatically affect our biochemistry and behaviour.

Nested within each domain are twelve EI competencies: -

♦ Inspirational leadership that constitute both learned and learnable capabilities that allow outstanding performance at work or as a leader.

In simple terms, it spans from being aware and regulating one’s own emotions to being able to sense the emotions of others, to monitor them, and to manage or control their emotions for the benefit of the team or organisation. Emotions are prevalent, but emotional intelligence like any other skill must be cultivated and nurtured over time thoughtfully and mindfully. The Harvard Business Review has hailed emotional intelligence as “a ground-breaking, paradigm-shattering idea,” and one of the most influential business ideas of the decade. Overall, Emotional Intelligence is our metalevel ability to regulate emotions and use them to our advantage.

Sharpening the empathy skills, helps us to identify the non-verbal clues to how someone else feels; to analyse what stresses them out or what motivates their best performance. Social and Emotional Learning (SEL) skills include listening and talking in ways that resolve conflicts instead of escalating them and negotiating for win-win solutions.

Emotion AI is a subset of artificial intelligence (the broad term for machines replicating the way humans think) that measures, understands, simulates, and reacts to both conscious and subconscious emotional human reactions. It is also known as affective computing, or artificial emotional intelligence. Machines are exceptionally good at analyzing large amounts of data. They can listen to voice inflections and start to recognise when those inflections correlate with stress or anger. Machines can analyse images and pick up subtleties in microexpressions on humans’ faces that might happen even too fast for a person to recognise. Technology captures these visceral, subconscious reactions, that correlate very strongly with actual consumer behaviour, like sharing the ad or buying the product.

Today, companies worldwide routinely look through the lens of EI in hiring, promoting, and  developing their employees. For instance, Johnson and Johnson, a member of the Consortium for Research on Emotional Intelligence in the Organisations (CREIO) found that in divisions around the world, those identified at mid-career as having high leadership potential were far stronger in EI competencies than their lesspromising peers. CREIO continues to foster such research, which can offer evidence-based guidelines for organisations seeking to enhance their ability to achieve their business goals or fulfil a mission.

Research has found that people who are emotionally skilled perform better in school, have better relationships, and engage less frequently in unhealthy behaviours. As more and more jobs are getting mechanised, soft skills — which include persistence, stress management and communication — are a way to make humans irreplaceable by machine.

A compelling vision of an organisation can stimulate the employee’s emotions and thereby his/her imagination that commits the physical, mental, and emotional competencies to the company’s mission. Self-aware leaders know how they feel, and how their emotions and actions can affect the people around them. They have a clear picture of strengths/ weaknesses and behave with humility. When experiencing anger or other strong emotions, they slow down to examine why, and over time practice to respond calmly and not react hastily.

Leaders who regulate themselves effectively rarely attack others verbally, make rushed or emotional decisions, stereotype people, or compromise their values. Selfregulation is all about staying in control. They admit their mistakes and face the consequences, whatever they are.

Leaders are very aware and mindful of how they act in challenging situations. Some practical advice on managing your emotion: When in rage and replying to a hate mail, dump all your reaction with all the negative feelings on a mail as you vent them out, then save it in your drafts folder. After you calm down, compose a new mail with constructive responses that will not only resolve the challenge at hand, organisation. However, their motivation is not only concerned with meeting performance standards, but they have a genuine interest in making sure that coworkers feel connected to one Leader with empathetic, compassionate, affiliative, and strong communication skills will be in demand, particularly in the postpandemic work era where a majority of the folks work from home and remote locations without much of physical interaction. It is important for the leader to be perceptive and empathetic to establish, nourish, and grow organisational capability. 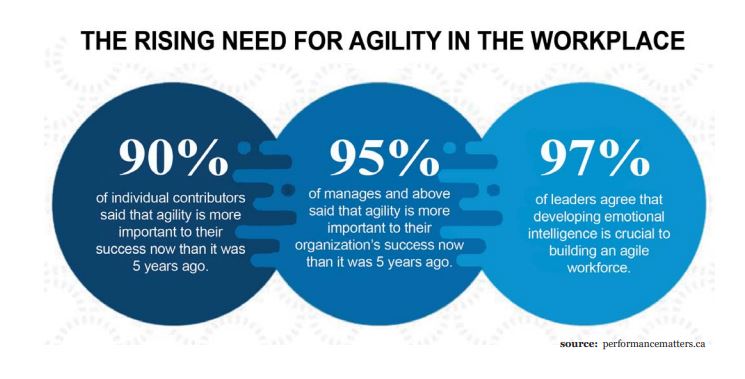 The icing on the cake

Just like salt adds flavour to food, proper and timely inclusion of emotions adds spice to conversations, relationships, and life at large! Material needs such as the basic food, clothing and shelter and other economic growth are important and must be addressed appropriately. Emotional needs, while intangible and often discrete, outweigh the other material needs of humans. Relationships – both personal and professional go sour when they are lacking emotions and proper application of emotional intelligence to build, nourish, and refresh them along the course of time! Emotional stress also outweighs any other financial or work-related stress. Another dominant category is the social needs comprising of status, recognition, power, and image over a vast reach of community/people and engagement with vital many. Imagine life without emotions – it is like a world without colours and food without flavour.

SHARE
Dr. Moorthy K. Uppaluri is the former CEO and MD - Randstad India, a global business leader, an angel investor and advisor to early-stage startups. With vast domestic and international experience across diverse sectors like IT, manufacturing, and professional services, Moorthy is credited with evolving business strategy, building brands, growing market share, improving operational excellence, driving innovation and fostering a people-centric culture. He is also a featured author and an eminent speaker.