'Reinforcement Theory', one among the well known process theories on motivation, identifies positive reinforcements as promoters to enhance the possibility of repetition of desired behaviours.

A meta-analytic review of Research Studies reveals that the total average effect of all incentive programmes in every work setting and on all work tasks leads to an impressive 22% gain in performance. Given this data point, and motivation theories studied by us in management schools, the adage that motivated people are productive people is a no brainer. Many of us would agree that regardless of the company size, sector or geography, motivated and productive employees enhance organisation performance, and at the same time, aid in building an engaged workforce. ‘Reinforcement Theory’, one of the wellknown process theories on motivation, identifies positive reinforcements as promoters to increase the possibility of repetition of desired behaviours.

‘Performance-based incentive’ programmes stem from the very belief that individuals will expend efforts to achieve performance objectives which they suppose will lead to valued outcomes. Performance incentive plans of an organisation must evolve continuously to suit organisational needs and the changing trends of talent engagement. One cannot expect the same outcome from a historically run incentive programme unless it is adapted to the changing business dynamics, ongoing employee sentiment and economic scenario. Organisations using performance-based incentives enhance their schemes effectively to elicit the desired behaviour from their people. It is also a good way to drive a performance-driven culture while emphasising on the values the organisation stands for.

◆ Individual based incentive plans are independent of the external factors and are strictly determined by how an individual performs.

◆ Gainsharing and organisation-based incentive plans are not a direct function of individual behaviour alone and are influenced by the behaviour of others as also the external market conditions.

So, what should organisations focus on while framing performance based incentive plans?

1. Is your incentive plan lucrative? Too small a reward for large gains that the organisation may achieve by modelling employee behaviour through incentive schemes may not look as exciting for employees, and they may not adopt it fully or get driven towards their competition. On the other hand, too large a reward may not make for a viable business proposition. Your incentive scheme must be just right to keep your employees hooked and fetch you the desired results at all times.

2. Is your performance incentive plan linked to retention? Having an element of deferred pay-out and linking it to employee retention is a good idea to keep the employees tied to the organisation. A high performing employee will keep on building a fortune in this deferred pay-out format and will always double click his options while contemplating quitting. Here, there is also an advantage to the organisation. It does not have to dole out all the money in one go and can judiciously make cash investments, where required.

3. Is your performance incentive plan triggering the right behaviours? Often, we have heard about performance incentive plans going wrong, where it becomes all about moneymaking. A classic case of the performance-based incentives plan going horribly wrong is that of Wells Fargo. In the year 2016, Wells Fargo found itself in the middle of a fake accounts fiasco where it was found that its employees were opening bank accounts for customers without the management’s permission. The bank had to eventually overhaul its incentive plan where employees were no longer incentivised for opening bank accounts alone but also for other factors like customer satisfaction and usage. Organisations must carefully draft their performance incentive plans to draw people towards the behaviours that they truly value. It could be a combination of input, output and ethics. If customer satisfaction is a key element of an organisation’s mission statement, then it may consider rewarding a higher Net Promoter Score along with revenue generation. Employees need to be rewarded and penalised, for imbibing or keeping the company values at bay. Letting employees know vividly that they matter is important.

4. Does your performance incentive plan foster cohesion? If the business is such that it warrants interdependencies on various teams, and collaboration amongst various groups of people is highly valued, having a performance incentive plan based on achievement of team goals can be more effective. However, it is crucial to have well-defined responsibility charts and robust systems in place that can track the performance of every individual in the given ecosystem. Otherwise, it is easier for laggards to ride along with the performers and allow inefficiencies to creep in.

5. Is your performance incentive plan linked to milestones? Linking incentives to milestone achievements help an organisation drive people towards short-term and long-term goals. In a VUCA world, where change is the only constant, annual goals may not always be viable, rather monthly and quarterly goals look more aligned to evolving market conditions. Incentivising people for achieving certain milestones and offering a kicker on the usual incentive scheme works wonders when you want all hands on deck.

6. Is your performance incentive scheme custommade? Different people have different needs, and similarly, different roles demand distinct motivators. Drivers for your Acquisition team will have to be different from those of the Upsell team, and never should their goals be overlapping, as you may end up paying two people for the same work. Similarly, an incentive scheme that works for Millennials may not work for Gen Z, because intrinsic motivators of both cohorts will be very different, and thus ‘one size fits all’ approach may not be best suited here.

While above are only a few thoughts, Compensation & Benefits specialists must pay heed whilst designing performance-based incentive plans, what they must also take cognisance of below aspects to ensure the success of their programmes.

1. Well-defined measurable goals - To avoid any ambiguity around expectations from an individual

2. Publish performance data - To bring in complete transparency, allowing individuals to keep an eye on the goal

In order to design a performancebased incentive plan, organisations need to understand what type of compensation does their employees value? While it is natural to assume that every employee wants more money, monetary incentives may not be the only thing that is valued by employees. Organisations should look at adding other perks as well to their reward offerings like advanced learning programmes, stock options, retirement plans, medical plans etc.

The ‘Total Rewards’ concept which encompasses not just compensation and benefits, but also personal and professional growth opportunities and employee wellbeing has to be a key part of strategy to engage, motivate and retain talent. Organisations should proceed with caution and factor both the expected and unexpected consequences which come with these compensation plans. Performance based incentive plans, if appropriately designed and implemented within an organisation can greatly benefit both the employer and the employee. 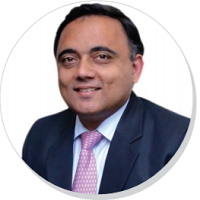 SHARE
Rohit Hasteer is the Group CHRO for Housing.com, Prop Tiger.com and Makaan.com. He has an experience of more than 20 years in the domain on Compensation Benefits, Talent Acquisition and Talent Management, Training & Development. He has worked with companies like CITIBANK, Make My Trip, Aviva Life Insurance and UT WorldWide. He takes keen interest in building Organisation culture and People Development. He is an MBA from IMT, Ghaziabad.