As Ken Blanchard puts it, “Feedback is the breakfast of champions.” Scientific research also substantiates the strong inclination of the human mind to receive feedback at regular intervals. The concept of feedback was introduced to us through our schools, viz. progress day report cards, and parent-teacher meetings. The only distinction between school days and the professional world is that the former was administered to us in the presence of our parents and the latter is not, with the uniform link that both are intended to help us improve. 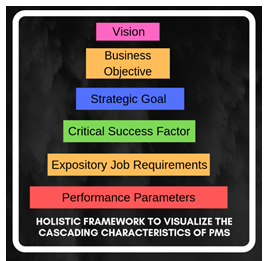 Performance appraisal, however, remains a significant part of the performance management system. And its significance can be attributed to high visibility among employees, its link to compensation revision, as well as the relative positioning of employees.

The 3Ps of PMS system

As we delve deeper into the subject of performance management, it will be worthwhile to quickly revisit the manner in which it has evolved over the years.  The first documented merit rating took place in the early 1800s, in the cotton mills of Robert Owen in New Lanark, Scotland. Industrial organisations in the initial days were mainly production environment-focused with outcome-based performance management at the core. Productivity was mainly inferred by referring to the number of hours clocked. The early stages of industrialisation involved an individualistic approach, mainly observation‑based work standards. Each worker would be evaluated based on a comparison of the actual output with predetermined standards or expected levels. Wooden cubes of different colours - indicating performance grades - were hung over each employee work station.

The rise of service-based work like the Federal Civil Service in the US made way to essay‑based global rating of employees, such as “an excellent officer” or “good performer and has tremendous potential for improvement.” This method suffered from a high degree of subjectivity and incapability of comparing different individuals. Thus, it gave way to man-to-man ranking developed for the US army in the early 1900s. The ranking system was improved upon to suit the ever-evolving need of modern corporate culture with trait-based scales. The traits commonly used were leadership, initiative, cooperation, judgement, creativity, teamwork, adaptability, etc.

While these stayed in practice for a considerable time, they suffered from the subjectivity of the appraiser and acted merely as a measurement tool. It did not enable the stakeholders to identify and work upon the identified areas for improvement, which was the primary goal of performance evaluation. The next stage of evolution came with 360‑degree feedback, in which an individual is appraised by his superior, his peers, his subordinates, and his customers, regarding his work output. This system increased the span of feedback from only superior to multiple raters in assessing an individual. This system also had its share of flaws, such as increased risk of political behaviour to impress peers and subordinates, misuse of anonymity to ‘hit out’ against individuals, etc.

The most contemporary process presently is Management by Objectives, proposed by Peter Drucker in The Practice of Management in 1954. In this process, the supervisor needs to identify the objective – the outcome of which are desired from the employee. Appraisals are made on the basis of the goals agreed upon at the beginning of the appraisal period by comparing the objectives and the results. There are also some niche methods like the Critical Incident Method, developed by J.C Flanagan. A critical incident can be described as one that contributes—either positively or negatively—to an activity or phenomenon.

Performance management is transforming to move beyond traditional territories. They now encompass multiple dimensions such as goal setting, annual remuneration, and performance planning. The system has to constantly cater to organisation objectives as well as the millennial mindset, which abhors force-fitting, yearns for transparency, and is greedy for constructive feedback aimed at self-development. Organisations themselves are not far behind in catering to these new trends, with many relinquishing the bell-curve model, and decreasing the covariance of compensation and performance appraisal. Companies like Buffer have taken a step forward to make the compensation of all its employees public under its transparency code, decoupling performance evaluation and compensation.

In such an uncompromising ecosystem, technology comes to save the day. It provides a platform that enables the integration of multiple needs and elements of modern-day performance management. Additionally, the comprehensiveness and resilient nature assured by the use of technology further complements its increasing relevance. Technology enables cascading goals with a precise allocation of goals to individuals as well as across teams. Goals can be tagged for review and monitoring on an as-is basis, aligned to a particular measurement system.

Technology has enabled PMS to move away from being a lag indicator to a lead indicator, moving beyond measurement to include tracking as well. It is helping redefine the components of performance management. Evaluating performance has attained a more dynamic nature by increasing its scope of measuring behavioural manifestation. A two‑way receiving and sharing of feedback have been simplified with multiple people at multiple times.

In Quotes “Evaluating performance has attained a more dynamic nature by increasing its scope of measuring behavioural manifestation. A two‑way receiving and sharing of feedback have been simplified with multiple people at multiple times.”

The data captured with a robust model of evaluation, augmented by the right technological framework, yields a meaningful insight. For organisations, immediate benefits come in the form of making impactful follow-through processes, a robust career planning stream, and a dynamic link that helps establish the correct market price for the stakeholders under purview.

The advantages of a technologically sound PMS are not confined to one function of human resources, but yield rich dividends for allied functions. The hiring process can now be streamlined for optimum results, with technology enabling the right job positioning for the most appropriate candidate. Hiring managers can benchmark potential candidates against high performers on behavioural and skill profile to zero in on the best fit. Likewise, learning & development can perform a gap analysis and suggest personalised performance improvement plan for low performers. For companies such as those in the IT sector, technology also plays a key role in fitment enhancement as well as business critical parameter of utilisation rate.

Natural Language Processing and Artificial Intelligence, along with Big data processing, has allowed for the structuring of performance data analysis. One common application of this is the analysis of time-series data on performance to predict the growth trajectory, narrowing upon interventions for enhancement.

There are numerous technology tools available in market today to assist with performance management, with all the major players throwing their hat in the ring. Some popular options available today are SuccessFactors by SAP, Taleo by Oracle, Workday, SumTotal by Skillsoft and Cornerstone OnDemand.

3. WorkDay: HR-focused technology expertise firm famous for its distinct pricing proposition to clients, based on a subscription model.

4. SumTotal: SumTotal is known for its multiple models of service offerings such as Software as a Service (SaaS), Hosted Subscription, and premises-based licensure.

There is no one size that fits all solutions, and one has to evaluate each option carefully to arrive at the product which best fits their organisation’s needs. The below listed guiding criteria can help you make an informed decision.

If your performance management framework relies decisively on subjective testimonies, it is better to have a fault tolerant system with minimal loss of data. Supervisors tend to write performance feedback in a free-flowing style, i.e., they do not have a prepared text. Loss of data due to system outage can result in the supervisor not recollecting what they had written earlier or not making the effort to rewrite the entire text again. In case of a scale-based system, a ‘High’ in leadership parameter may become a ‘Moderate’ in the second attempt due to recollection error. 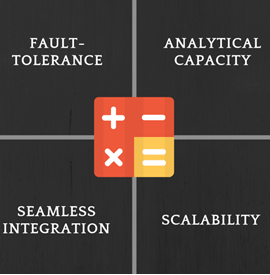 Years of experience will reveal that appraisals are generally filled on the last day. Thus, the traffic to the system will see an exponential increase in the last hour. The system should be able to handle such large requests. Cloud based solutions are generally found to be more suitable and effective in such situations.

It is desirable and highly useful if the system can provide basic standardized analysis based on the data collected during the performance evaluation process. It should also be able to incorporate any organisation-defined analysis to the performance management data.

Performance Management cannot exist in isolation. Thus, a good PMS will be able to integrate with the existing systems of the organisation, such as compensation or talent acquisition. The flow of data from one system to another should be seamless.

Any system will fail in its intended pursuit if the beneficiary fails to connect and appreciate its utility. Use of technology for performance management has enabled employees to request multi-observer feedback on the go. It has allowed them to understand over a wider spectrum, the strengths, and areas requiring improvement, with an enlarged locus of control. With technology around, the exercise is instantaneous as well as transparent, including multiple layers of scrutiny. Now the employee has a belief that his performance evaluation is objective and shrouded in privacy. The increased application of technology has largely eradicated the stigma around performance appraisal, with the buck not stopping at merely labeling, but moving a step beyond, to work towards a career development plan. Overall, technology has inculcated a higher quotient of enabling employees who were earlier only passive recipients of feedback.

The future of tech in Performance Management

As technology continues to make further inroads to the overall cause of performance management objectives, over a period of time it will get delinked from conventional approaches. The aspect of instance-based performance management will gain further ground as compared to an approach of yearly exercise which is being practiced now. For an organisation to achieve high standards in the present business world, moving towards tangible and trackable deliverables is the first step. The second step is clear communication of the deliverables and the action plan for the attainment of those deliverables. Organisations have no choice but to work on the agility of PMS through technology, making the future years remarkably interesting and challenging for human resource specialists.

In Quotes “As technology continues to make further inroads to the overall cause of performance management objectives, over a period of time it will get delinked from conventional approaches.”

SHARE
Ajay Tripathi is the Chief Human Resource Officer, Larsen & Toubro Infotech Ltd. (LTI). He has a rich experience of over 24 years having worked across a diverse set of industries like steel, cement, banking, media, application services, etc. and has worked with organisations like Atos, Dell International Services. Ajay is a B. Tech in Metallurgical Engineering and Material Sciences from IIT Kanpur and has also completed his PGDM in PM & IR from XLRI Jamshedpur.

A Digital Mindset: Now More Than Ever