With The End In Mind

The Learning journey in an organisation begins with an L&D strategy. And when strategising, apart from the coverage or the modules, it is essential to focus on the business outcomes sought by the leadership.

Saloni was a friendly and effusive Head of Learning and Development at a Billion-dollar outsourcing company. Almost a quarter before the financial year came to an end, she would religiously send out L&D updates to the Business Heads seeking their inputs for the coming year. And with Saloni’s recurrent push, they would share their department’s Learning requirements. This would serve as a Training Needs Identification (TNI) of sorts, which Saloni would then collate, budget, and present in the Annual Operating Plan (AoP) Council meeting for the next year. Hard work and diligence, would go into the L&D strategy for the year.

The Country Head, an astute Industry veteran, for some reason, however, did not seem to be too impressed by Saloni’s style of strategy development. And soon, he rolled the L&D department, so far reporting directly to the CHRO, under a VP heading Strategic HR, who until then had been Saloni’s peer.

Saloni was distraught and sought a meeting with the Country Head, who obliged. The Country Head sat Saloni down and patiently explained a few observations, about what she could have done differently.

♦ The company was on a growth trajectory, with new initiatives and capabilities identified to support the spurt in revenue, but the L&D TNI focused on existing businesses.

♦ The focus on the mission, vision, values and cultural pillars of the organisation, which was essential for a growing organisation, was not a priority for the L&D department.

♦ Learning deepens organisational capability, but Development stands for future-readiness, which is ensured by L&D. This point was not being addressed by the department.

♦ L&D departments need to embed inside the business and not remain a parallel function. They need to develop co-ownership targets in designing and delivery of modules.

♦ There was no effort to go beyond the HoDs. The rank and file had a slew of expectations which were not being addressed.

Traditionally, L&D has been a good-to-have department, rarely a critical department. But increasingly, with the quick obsolescence of skills and an ever-changing environment, it is L&D which can cushion the impact of changes, and even help prepare the organisation to stay ahead of the Learning Curve necessary to survive and thrive.

When strategising for a robust L&D presence in an organisation, it is important to keep a few points in mind:

♦ All Learning should be aligned to the Mission, Vision and Values of the organisation. In fact, not just aligned, the initiatives should be built around them. If Innovation and the Entrepreneurial values are priority areas, then modules such as Design Thinking and Business Execution should figure prominently in the roster of programmes.

♦ All L&D is entwined with Talent Management. The core purpose of L&D should be to retain the High Potential employees and further develop their skills. This honing of skills is often a greater retention strategy than the annual bonus.

A Powerful and Positive Influence

Remember the Hawthorne Experiments. Albeit indirectly, L&D is one of the influences which help differentiate an organisation in the eyes of its employees. A grateful and happy employee base is always more engaged; an engaged employee is more productive.

When strategising, do not think of coverage or the kind of modules that would do justice. Think instead of the business outcomes that would be sought by the leadership and how L&D can enable them. As Uber Guru Steven Covey had said, start with the end in mind. While keeping the end in mind, it would be good to map L&D not just as learning, but a spectrum of experiences that employees are likely to go through. If well designed, it will be a sought after journey that every employee would like to be a part of. It would enthuse and motivate.

As the ADDIE model suggests, the Design element comes next. From experience, this author would like to suggest to be humble and bite as much as can be chewed with ease. Too often, L&D planners make an ambitious land grab, which remains unfulfilled at the end of the year. Think Application. Do what can be done well and with relative ease. Let the Astronauts seek the moon, L&D professionals would do well to remain grounded. There have been instances where in comprehensive programmes have been rolled out for particular profiles such as Managers, which comprise more than 100 hours of Learning in a year, and by the year-end, only a fraction of the target group could achieve it, due to the extensive prior occupation. Such unrealistic planning results in L&D initiatives losing credibility in the organisation.

Learning is good, but sustaining it is another story. The key is not to structure it as a series of individual events, but as a process, which involves Training Delivery in Classrooms, through virtual platforms, embedding it in the PMS, recognising Learners with X number of hours, and most of all, enmeshing it in on-the-job Learning, where it becomes unavoidable.

Socialisation of learning is the surest way to ensure seamless sustenance. There has been a spectacular rise in the number of Learning sessions being attended by people during the Lockdown, thanks also to the meteoric rise of EdTech platforms such as Zoom, Google Hangouts, etc. This has made Learning possible, anytime and from anywhere. More importantly, Learning is available in short, convenient capsules, rather than elaborately planned events.

And now, Drucker springs eternal, what gets measured, gets done. The impact of Learning is, of course, notoriously difficult to enumerate. In an age where advanced Analytics is ruling the roost, not being able to flick a number capturing the rupees saved, additional revenue earned or the degree of organisational capability enhanced, is a bit of a dampener. While, of course, one can go the full length of the Kirkpatrick Model and churn out numbers, it is never too easy and depends a lot on help from other departments and stakeholders. Instead, try to capture the impact of Learning. Put up anecdotal inputs, ask the Leaders to speak up in support, organise Learning Road Shows in the organisation, publish your own e-Newsletter. In short, make a splash, create an aspirational value, which employees appreciate and seek out.

When strategising Learning, we often suffer from the oversight that Learning is about Learning. It is, but it needs to be aligned to and embedded in the organisational context- its growth strategy, its vision and its values. If that is ensured, L&D will not be a parallel department, cocooned in its silo, but go with the ebb and flow of organisational priorities.

Saloni has learned that lesson now, and she is back to being the great enabler she always was. 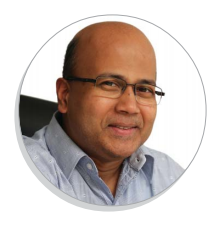 SHARE
Dipankar Das is the author of Cracking the CSAT Code at the Call Centre. He has worked in diverse organizations, including Genpact, Concentrix and for the Tatas. He is currently Vice President and Global Head of Skill Development at iSON Experiences.