Selecting and retaining the best talent requires that HR managers consciously shed prejudices and practice being objective and rational in their day to day lives. There is a very sound economic argument against job discrimination. Common observation tells us that many individual decisions by both employers and workers determine the finally agreed upon wage rate or salary for a particular line of work. Now, if an employer decides to remunerate all employees on the basis of the average expectation of workforce productivity, there are no incentives for the more capable employees to excel and improve.

On the other hand, if salaries are linked to performance, then both the employer and employee stand to gain from increased productivity that can translate into sales or an equivalent money earning opportunity. In practice, a certain component of the salary is kept fixed and another component made variable, contingent upon the benefit that increased employee productivity brings to the organisation. Now, if an employer is biased towards a certain advantaged community, such as a white male in early industrial America, and, restricts his selection to this community, then he compresses his range of options. Not only is he missing out on latent talent, he is foregoing potential benefits and surpluses his organisation could have received had he not limited his vision. Further, as the workforce contracts, wage rates go up, and, in a competitive world this can be a huge disadvantage. It therefore makes sense to shun all forms of discrimination – gender, race and caste – if you wish to recruit the most desirable candidate for a job description.

Workplace diversity and inclusion is more of a necessity than choice because of the changing global workforce demographics. In fact, the change in demographics shows a higher proportion of educated and skilled manpower emerging from developing economies and developing communities, who will also be the consumers of tomorrow. So, it is vital that communities learn to integrate in the workplace, and, allow everyone to gradually climb up the social and economic pyramid.

Bias does not end at the level of the recruiting individual. IQ and traditional aptitude tests have shown to be biased toward higher income household urban males. It is important that recruiters today continuously stay updated with modern aptitude tests that leave no room for malpractices, advantages, and attitudinal bias. To do this, your company’s business goals must be very well defined. Trajectories between milestones must be clearly envisioned, skills and productivities clearly identified, and a traceable, traversable path be clearly enunciated.

Technological evolution has often been mentioned as one of the major challenges of today’s hiring process. With automation and heuristics, bias can be minimized. The caveat is that the performance monitoring algorithm is only as unbiased as the programmer. Artificial intelligence in HR does seem to have the capacity to bridge the gaps of asymmetric information between the employer and the employee.

Putting in place an environment that fosters learning by way of challenge and time-bound growth has been shown to bear fruit when practised on the right kind of employee. The work environment is no longer about perquisites and remuneration, but about value propositions. Think about universally desirable visions and values, career development opportunities, corporate social responsibility and flexible working hours where possible. As a recruiter, one must learn to be generous and be genuinely interested in other people. Start a negotiation by building on common ground. Even when you have to reject a candidate, explain things in a manner that the other person is able to understand and agree. 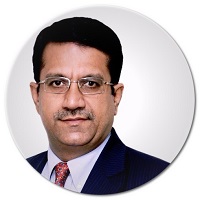