The Intangibles Of Diversity And Inclusion

Diversity refers to the structural elements in an organisation while Inclusion implies a cultural mindset. Without the culture of inclusion, implementation of diversity initiatives would come about as soulless.

While working as an intern in an Information Technology company in 2008, I found it truly inspiring that the autistic child of an employee was running a small library at the very entrance of the company. Also, I had a colleague who was visually challenged. The HR Professional, who was my mentor in this company, was in the middle of a management crisis since it was to be decided if the creche situated on the ground floor, should be outsourced to an external agency, whose premises was two kilometres away or managed in-house by the organisation itself. I would often accompany her to meetings with the HR representatives and employees who were using the creche services. The HR Head insisted that the creche be managed inhouse as it would allow mothers to visit their children more often, and thus make them feel less guilty while working. Many parents supported him. There was also a section of employees who were rationally evaluating the cost for the company due to such a decision, and those who were debating how best they could adjust their daily schedules in case the creche shifts outside.

My mind picked up all these diverse events and wove them into one coherent narrative of what the organisation stood for. It was an organisation owned by everyone and managed by a few. It was a place where people also earned self-respect along with their bread and butter.

Today, as an academic who wishes to make meaningful contributions to the growing conversation about diversity and inclusion, my mind keeps wandering back to my internship experience. I wonder what could have made that organisation become what it was. I also wonder if it paid off in the long run!

Organisations have always been inherently diverse. There have always been people with different personalities, socio-economic and educational backgrounds, varied age groups etc. in any organisation. There were commonalities too. And these were more dominant and visible than the differences. For instance, some professions were dominated by a single gender - for example, men on factory floors and women in teaching. The national boundaries were mostly intact. In fact, the working population in an organisation many times belonged to a single region within the country.

Contemporary organisations, however, have evolved into open systems. The boundaries between organisations and nations have blurred. Gender roles are being redefined as well. Therefore,

Initially, diversity in organisations was a natural extension of the changing social fabric. These demographic changes piqued the interest of organisational researchers. Through academic research, it was found that diversity of membership in any group led to higher organisational performance and novelty. People from different backgrounds brought forth with them varied perspectives. This variation improved performance. Diversity also created a positive social image of the organisation. A positive social image added to the brand value of the company. Positive research findings such as these led organisations to adopt diversity as a strategic tool. And Recruitment policies were so devised that they ensured a fair amount of weightage to hiring people from different backgrounds.

Despite a number of these initiatives, implementation of diversity was not always successful. For instance, a study in 2015 found that in the US, while men’s income increased by 6% after they had a child, women’s earnings went down by 4% when they had a child. In 2019, women in Indian corporates were still earning 19% lower wages than men. In an informal conversation, an HR professional in India once suggested that they were struggling with the implementation of a “reconnect” programme for women employees who had taken a sabbatical on maternal grounds. These women got labeled as ‘Diversity Candidates’ i.e. those who get special (perceived as unfair) privileges. These women felt that their competence was overlooked owing to such cataloguing. Controlling these inhibitory group dynamics emerged as a mammoth task for the organisation.

Social scientists have determined that diversity leads to benefits for the group only when there are mechanisms to harness diversity. A good leader could be an example of such an integrating mechanism. Good leaders can tap into the differences in perspectives of the diverse members of the group and utilise it to increase the performance of the entire group. Strong organisational cultures could also be effective in harnessing the diversity. In the absence of these factors’ diversity efforts become ineffective as in the examples cited above.

Inclusion: the Soul of Diversity Implementation

Diversity refers to the structural elements in an organisation and Inclusion refers to a cultural mindset. Without a culture of inclusion, the implementation of diversity initiatives would emerge as soulless. In order to understand this, the first question that needs to be addressed is “whose onus is diversity?” Is it a Human Resource tool or is it the top management’s vision and strategic intent for the organisation? For organisations where diversity efforts are owned by the Human Resource Department alone, the efforts do not lead to the benefits suggested by research. In organisations where diversity is owned by the top management and trickles down to every department, diversity initiatives flourish.

Organisations are reflective of the society in which they are embedded. Therefore, social role expectations, stereotypes, and prejudices come along with diversity. These biases are usually unconscious.

To provide wings to any diversity initiative, training should be aimed at dealing with these biases.

Media is a very strong social influencer, and is stronger than the laws of the land. The messages sent across by movies, the storyline of advertisements, and social media influencers can be effectively used to tap into the unconscious biases and modify them.

Conflicts in a diverse group are also highly probable. Building cultures of inclusivity should mandatorily focus on conflict management. Pre-empting structural features that could lead to conflict and correcting them proactively; training people on conflict management techniques etc. could help in dealing with conflicts. It is important to understand that while diversity can be introduced at all levels in the organisation through the use of employee referral programmes, mentoring and flexiwork opportunities etc., the propensity for conflict can be reduced only when employees feel that the organisational environment communicates a sense of fairness to all its stakeholders irrespective of their age, gender, race, ethnicity etc.

When diversity is implemented along with an inclusive mindset, D&I provides a competitive advantage to the organisation. But how do you know if it is working for you? Researchers have quantified diversity statistics, profitability, innovativeness, absenteeism, turnover etc. But measuring the intangible aspects of an inclusive culture is relatively difficult. Qualitative interviews with employees could be an alternative.

I could also suggest an ‘intern test’ i.e. if an intern exposed to the organisation for a short span of time can sense the inclusivity (like I did during my internship), then in all probability, the organisation is on the right track! 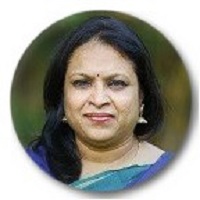