As workplaces become populated with younger people and millennials, fed on newer and broader values of Diversity and Inclusion (D&I), there is a distinct change on corporate campuses.

A “First Day of Period” leave for female employees by Culture Machine, a  Mumbai based company has got corporate India talking. Indeed, India Inc. is changing! As workplaces become populated with younger people and millennials, fed on newer and broader values of Diversity and Inclusion (D&I), there is a distinct change on corporate campuses. But truth be told, the industry got into action mode on D&I much earlier.

Forward-looking companies identify natural differences among their people, understand the requirements of each group, and inject a culture that brings out the best in them. And studies show that a diverse workplace makes good business sense, increases a company’s bottom line, builds a better work culture, and more.

Consider this- A World Bank survey says $32 Billion is wasted each year as a result of LGBT+ discrimination in India. An ILO study puts the cost of overall social exclusion of people with disabilities between 3–7 percent of a nation’s GDP. A McKinsey study stated that a 10 percent rise in women employees will add $700 Billion to India’s GDP by 2025.

The notion that companies are promoting D&I based on the principle of “What’s in it for me” is untrue. There is a strong culture of D&I in corporate India because organisations know it to be right. While diversity is rightly held up as a key differentiator in organisations, it is the inclusive practices that make a real difference at the workplace. When we talk of diversity and inclusion, three areas attract attention owing to targeted policies: LGBT+ people, women employees, and persons with disabilities.

Women’s equality – the essence of diversity

A Nasscom study says women constitute more than 50 percent of employees at the entry level in the IT industry which diminishes drastically owing to the need to balance work and home. For example, a Gender Balance India Survey claims that over half of women employees quit after childbirth. At a time of continuous technological and other workplace changes, it is critical to help build a workplace connect for women during their long absence from work. And the good sign is that several companies are doing this successfully.

PayPal’s ‘Recharge’ programme is a ‘back to work initiative’ for women, focusing on building skills in women technologists to pursue careers returning after long breaks. Vodafone’s ‘ReConnect’ welcomes back women who have been away from work for as long as several years, and who wish to return, but face problems in making the professional connections or refreshing the required skills.

Likewise, Capgemini’s fare Welcome initiative assists in transitioning during office to maternity leave, help stay connected with the organisation and colleagues, and ease ‘back to work’ after the gap. It provides employees an opportunity to constantly upskill their technical knowledge in this ever-changing world of technology.

PWD inclusion – it is about a mindset change

“My disability exists not because I use a wheelchair, but because the broader environment isn’t accessible,” said Stella Young, an Australian comedian, journalist and disability rights activist. And despite proven abilities, PwDs have long faced discrimination in the workplace. With over a billion people worldwide with disabilities, and 40–50 million in India, PwDs represent a large pool with employable talents and skills. But things are changing, and yet again, India Inc. has taken the lead.

For example, IBM ResearchIndia has created “Spoken Web,” a voice-enabled technology to complement the Internet and help people with impairments to access information and perform business transactions. The company’s Human Ability and Accessibility Center in India initiative is to use technology to make the workplace more manageable for people with all forms of disabilities – sensory and physical.

In fact, Titan Industries pioneered the use of sign language at the workplace way back in the 1980s to accommodate people with speech and hearing disabilities. The practice has caught on well. Today, several industries such as hospitality have dedicated policies to enlist PwDs, which has greatly pushed up people’s confidence levels and the need for “positive discrimination” to reinforce equality.

Also, where physical infrastructure is an inhibitor to accommodate PwDs, many companies have embraced the concept of “universal design,” which is based on designing products and infrastructure for use by everyone irrespective of age or ability. It is true a lot still needs to be done in the area of PwD assimilation at the workplace. But the tide is turning, especially with strict government legislations outlining the treatment and assimilation of PwDs at the workplace. I am proud that the corporate world has done a fair bit of work here.

LGBT+ rights – a question of Pride

When Godrej Culture Lab showed Ek Madhavbaug, a play about a mother reading her gay son’s diary, many mothers claimed it struck an emotional chord with them and made them want to embrace their own sons. Just like the play, Godrej Culture Lab – a Godrej group of companies initiative– has played a powerful role in changing mindsets about LGBT+ people. As an experimental space that picks up social currents ahead of time, the hub is worthy of emulation across.

Godrej Culture Lab has played a powerful role in changing mindsets about LGBT+ people. As an experimental space that picks up social currents ahead of time, the hub is worthy of emulation across.

A strong employee connect goes a long way in addressing LGBT+ discrimination. Microsoft’s GLEAM is the company’s people resource group, where members connect via events like the ‘Ignite’ talks, network with LGBT+ groups, raise funds, interact with community leaders on gender and sexuality, and host sports and cultural activities.

In many companies, the formation of Employee Resource Groups (ERGs) and same-sex partner benefits have instilled tremendous confidence and become a game-changer in the LGBT+ journey.

The coverage of gender reconstruction surgery under corporate medical insurance is a case in point. India Inc. has played a critical role in making LGBT+ groups a part of the mainstream workplace culture.

D&I is more than an industry punchline

From frugal medical insurance to covering gender reconstruction surgeries today, from aversion to maternity leaves to granting leaves for “First Day of Period,” and from cold-shouldering PwDs to having regular audits on their progress, the journey towards an equitable workplace has been tough, but worth it. When companies create an inclusive environment, they are not merely strengthening their reputation and their brand. In a world of acute competition, that is the need of the hour. And in terms of fairness, it is simply the right thing to do! Indeed, India Inc. is leading the way. 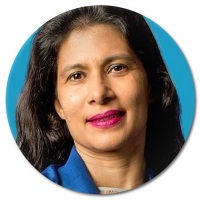 SHARE
Gayathri Ramamurthy is Lead, Diversity and Inclusion-India, Capgemini. In her previous role with Capgemini, she was a Global Business Partner for Strategic client accounts. She was also the lead for the Leadership COE in Talent function, where her responsibility commenced from induction, through their journey in the organisation. Gayathri commenced her career as a lecturer in a reputed college in Madras and went on to teach at management level.