Focus On Your Strengths

The real tragedy of life is not that each of us doesn’t have enough strengths, it’s that we fail to use the ones we have.” – From Now, Discover Your Strength by Marcus Buckingham and Donald O. Clifton.

When considering what they would like to improve about themselves, people jump straight to weaknesses. If you ask people how they decide what to target, they often come up with replies like “I would like to focus on what makes me unhappy or dissatisfied.”

In order to improve, it is often assumed that you should be aware of your bad habits and focus on recognising your faults. But, why give so much of attention on developing your Weakness? Why not build on our prevailing Strengths?

These are the questions that have been answered in the book Now, Discover Your Strengths by Marcus Buckingham and Donald O. Clifton. They advocate that individuals should not focus on developing their weak areas.

Buckingham and Clifton’s thesis is based on two assumptions:

a) An individual’s talents are unique and enduring – and, it is the individual who should develop inherent talents into strengths

b) Each person’s greatest room for growth is in the areas of his or her strength.

Weaknesses are hard or impossible to develop. What are Strengths? Strengths are “pre-existing capacities for a particular way of behaving, thinking, and feeling that enables optimal functioning or performance and are authentic and energising to the user “(Linley and Page, 2007). Strength only thinking says that you should accept yourself as you are and focus on your strengths. Your success on your strengths will make up for any weaknesses that you have, and, the others in the organisation will complement you where you are weak.

Stalwarts like Peter Drucker also believe that everyone has natural talents that can be developed to become key strengths. But, not everyone understands what these talents are, and, how to use them within the workplace. Drucker says it best in his book, “Managing Oneself “, ‘It takes far more energy to improve from incompetence to mediocrity than to improve from first-rate performance to excellence.’ It is much easier to develop existing strengths than to work on weaknesses – and the payoff is dramatically better. Why do new year resolutions fail? These resolutions target weaknesses or those behaviours that are hard to change. Psychologists who study ‘false hope syndrome’ find that people are over-confident in their ability to change, and, this leads people to set unrealistic goals about themselves.

An example that can be cited is of the late Anita Roddick, Founder, and for many years, the CEO of The Body Shop, and widely regarded as one of the most innovative, visionary, and influential British leaders of all times. But, by her own admission, Roddick was not much of a business person. In fact, she was weak in several skills such as financial management and administration, critical for day-to-day management of a company. She did not spend much time trying to improve in these areas. Through her magnetism and idealism, she attracted people who were good at these things, and, shared her vision of a sustainable, ethical, cosmetics business. Their supplementary abilities freed her to focus on her strength- sharing her ideas with the rest of the world. How do people like Anita Roddick handle their weaknesses? As Clifton and Buckingham wrote, “The point …. Is not that you should always forgo this kind of weakness fixing. The point is that you should see it for what it is: damage control, not development …. Damage control can prevent failure… but it will never elevate you to excellence .” That is the tragedy of damage control- even before you have begun to work, it dramatically lowers the ceiling for your performance. It forces you to shoot for competence, rather than greatness.

Strength coaches to the aid

Several organisations have embraced the Strength Based approach, and, found it to be very successful. Standard Chartered in one such organisation that has used online Self‑assessment tools to determine an individual’s strengths, and, findings from this are then supported by “Strength Coaches.” These coaches help develop action plans and understand what their talents are, and, how to develop their knowledge and skills to turn their talents into strengths. Standard Chartered has been using this approach since 2000, and, has seen a 25% increase in profit, which they attribute to becoming a “Strength Based Organisation.” There are other organisations like Standard Chartered which have shown that the Strength based approach can be adopted and utilized successfully, resulting in an impressive increase in business performance, and therefore, a return on investment.

The differing points of view

There are differing points of view, which say that effective leaders need to work on both their strengths as well as areas of development. Effective leaders must be able to draw upon a wide array of capabilities to assume the many roles that is expected of them. Another point of view is what will happen if the strength is overused? Research has shown that executive derailers can occur if the leader overuses one or more of his strengths (Hogan 2000). Effective leaders know when to use their strengths and when not to use them. The idea of using strengths without encouraging insight to their possible downside of overuse can lead to personal disappointments and management havoc. There could also be instances, when a leader is weak in an area which is very critical for the business, and the others in his team, recognising the leader’s weakness may feel forced to manage around him. The other leaders may need to work harder and step in to do more than their share of projects. This will result in shifting of roles and misappropriation of responsibilities – which can result in leaders expending their time and energy on functions that should fall beyond their intended scope of their jobs, and, can cost the organisation a great deal in terms of morale and efficiency. Another flip side to such an approach could be that when individuals choose only to focus on areas in which they are strong, they can end up being underutilized in narrow jobs in the lower levels in the organisation. Researchers have also pointed out that the development of a leader’s weak competencies is a lot more effective than suggested by Buckingham and Clifton in Now, Discover Your Strengths. For instance, after feedback from an assessment centre, a multi-rater instrument that helps them to determine their strengths and weaknesses relative to leadership competencies, individuals generally are able to use and develop their strengths, while they alongside work on their weaknesses. In fact, few talent assessment organisations encourage them to do that because working on strengths gives them the confidence that they can be successful in weak areas. Poor training is a waste of time and resources, but, effective training can result in big payoffs to individual and organisations.

There are merits in both the points of view discussed above.

Strength based approach, albeit a relatively new concept has been yielding good results. The question is, have organisations evolved or matured enough to adopt such an approach. Some competencies can be stronger than others, but, it is hard to be successful with major competency gaps.

The idea should be not to throw away the competencies people already have, but to develop those competencies with others that will round out the set needed for success. 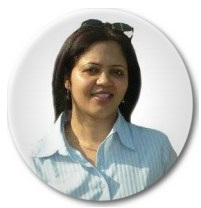