People, processes, and systems have been the key driving factors in organisations for decades. However, recent technological changes are spearheading and driving significant changes across processes as well as organisational and people capabilities. Today, it is all about agility and breaking down processes into smaller, chewable parts. People are coming together as self-empowered teams consisting of experts with multi-disciplinary skills. In the past, an individual player could win it for a team; now, it must be the team and everyone in the team who contribute towards success.

Each person in the team needs to connect, collaborate, and, at the same time, compete to win. The best examples could be picked up from relay races, where every person has to compete with their best possible effort to complete their part of the race, and connect and collaborate with their team for crisp baton exchanges.

Examples from the 2008 Olympics

The shocks started for the USA fans when men’s anchor Tyson Gay could not get the red metal stick from the third-leg runner Darvis Patton, and the baton was dropped. The USA men’s 4x100mts team was out of the race in the heats itself. The fact that Tyson Gay was part of the team that won the previous year’s relay world championship did not matter; the performance on that specific day was the only thing of importance.

Then, within half an hour, the USA 4x100mts women team’s anchor missed her baton exchange as well. Lauryn Williams, the anchor, did pick up the baton and complete the lap, but it was all over for the women’s team, too. They finished 6 seconds after the first-place winner but were disqualified.

While this was happening, the Jamaican athletes were dominating the sprinting events. They were now clearly the favorites in both men’s and women’s 4x100mts relay final race. The Jamaican men’s team not just won the gold with their amazing run, but also created a new world record.

The Jamaican women’s team was ready for their final run. The expectations were very high. Out of the eight teams that ran the race, only six teams completed the race. The Great Britain team and the Jamaican team did not complete the race. Once again, the problem was with the baton exchange for both teams.

For all the sports enthusiasts across the world, this became a conversation for more than a year. There were funny remarks as well, hinting that all the baton exchange flaws could have been a “Butterfingers Curse”.

Lessons from the baton exchange

In the baton exchange that happens in a relay race, the rule is clear that the baton must be exchanged within a 20 meters change-over zone. The athlete receiving the baton can commence their run 10 meters before the change-over zone. If the exchange doesn’t happen in this change-over zone, then the team is disqualified. For the connection to happen seamlessly, both of the runners must have a very good understanding of each other’s speed, hand position (right or left) for the exchange, shortcomings, etc. to exchange the baton in the shortest time without any glitches.

For agile teams that are coming together for assignments, the situation is not any different. The sprints are timed, and it is important that the connections are made ontime in order to be an effective and efficient team.

In the relay race, situations might change on the day of the event, even after all the practice that went into preparing for the race. Runners must support each other based on the situation where, if required, one of them must be slower or faster to make sure the baton exchange happens right. The collaboration that the runners’ display is the key differentiator in their team winning the event.

The same goes for projects and assignments in the corporate world. These require multi-disciplinary experts to come together and support one another to ensure that top-notch work is delivered within the given timeframe.

Each racer competes against their own best records and against the other runners who run the same leg as theirs. Their capability impacts the final results of the team. Therefore, each runner tries to give their best. When Usain Bolt finished the 4x100mts race in the 2008 Olympics, it was his third gold medal in that tournament, and every runner had aimed to time their best to win it for their team.

In a professional environment, if the same competitive spirit to outperform themselves can exist, and if there is a common intention to ensure that the project is successful, then the team will be better able to quickly conquer difficult situations.

As a professional working with different teams in different assignments, I believe that having these simple defined ways of working with people in teams can lead to graceful and effective baton exchanges with trust. Our personal brand as a team player would go a long way toward making ourselves and the teams successful.

◆ Communicate frequently and consistently with the team

◆ Be honest and transparent in all the levels of team interactions

◆ Accept mistakes as a normal part of teamwork

◆ Listen more than you talk

◆ Appreciate the effort of others

◆ Celebrate small successes with the team

Everyone has a role to play

The more connected, collaborative, and competitive the team members are, the better the team’s performance. This can be easier with co-located teams than with virtual teams. However, technology today is providing various options to stay in touch and communicate often, and it depends on the teams’ efforts to use these opportunities and stay connected.

There could be a question on, “What if others are not willing to connect and collaborate?” Leaders play a key role in enabling this by providing a direction and bringing the team together with a common objective to win. Every member of the team must be a role model and influence the team towards connecting, collaborating, and competing. 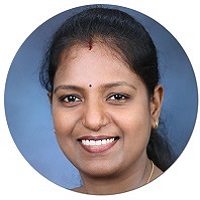 SHARE
Swarna Sudha Selvaraj is the Head of Talent Development for TCS Europe, UK & Ireland. She is a vibrant HR leader with over 17 years of work experience gained from association with Tata Consultancy Services and Murugappa Group of Companies.