The Relevance Of Peter Principle

Firms tend to promote top sales workers into management, even though they emerge as the worst managers. And organisations tend to hasten their decline both in terms of growth and culture.

In the late 60s, Doctors Laurence J. Peter and Raymond Hull authored, “The Peter Principle: Why Things Always Go Wrong.” The underlying crux of the book is that everyone in the organisation is promoted until they attain a level of incompetence. The book was a best seller for many weeks, and is printed even today –45 years since it first hit the stands!

Post The Peter Principle, the constructs of both organisations and leadership have undergone multiple changes. More specifically, most organisations have invested in programmes to develop managers as well as leaders, introduced panels for promotions for mid and senior levels, initiated guidelines for promotion, and decided to consider inputs from 360-degree feedbacks for promoting employees. However, this does not address the point that the next level can actually render a high performing employee to be incompetent.

The premise of The Peter Principle is largely based on the managerial role, which exerts power and controls employee growth in large hierarchical structures. Managers would reward employees who demonstrate loyalty, and would act as per their directions. Of course, there are other reasons like promoting employees on the basis of their tenure in the current role or organisation, and cultural aspects, wherein the management is associated with upward movement. The fallout of these practices is that employees are promoted without having the skills and the depth to handle the responsibilities at the higher level.

Most of these reasons have resonated in one’s professional work experience. An underlying factor is that one of the tenets of employee engagement is clearly linked to promotions. HR partners have been championing internally that growth and career prospects of employees are dependent on promotions. Many organisations advertise promotions as a value add for all their employees. However, what gets ignored is that promotions place great heft on the present performance, as against the fit for the next higher role. The book also states, “You will see that in every hierarchy the cream rises until it sours.”

A recent study published by Alan Benson, Danielle Li, and Kelly Shue in HBR+ examined data on the performance of salespeople and their managers at 214 firms. The study found that among the people who were promoted, better salespeople ended up as bad managers. In other words, organisations tend to hasten their decline in terms of growth and culture, due to low productivity and poor management.

At the time of writing the book, startups and unicorns were nonexistent. Given their new age employee policies and open workplace practices, the interest in startups peaked in the market. However, in the past two years, the bubble has burst with many startups’ folding up. One among the many documented reasons which hastened their downfall was how inexperienced employees were promoted to the next level and expected to deliver on the newer responsibilities.

To overcome the Peter Principle, there is heavy lifting required in terms of the performance management lifecycle and the roles in the organisation. Investing in a dual career track for individual contributors and managerial positions with similar job levels and perks could mitigate the imminent consequences of the Peter Principle. Firms could look in the direction of establishing or strengthening their Organisation Development function to constantly evaluate the existing and/or newer roles and benchmark the same against industry practices. Else the Peter Principle would only have existed in someone’s imagination.

+ - Do People Really Get Promoted to Their Level of Incompetence? (March 2018) 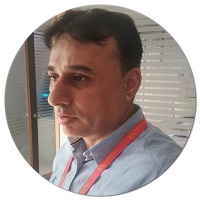