By all estimates, the gig economy is here, and it is here to stay. The flux in the environment will continue to rise as business models evolve and everyone, including the founders, leaders, workers, regulators, and governments across the world will strive hard to establish the new "normal"—if it even exists.

My six-year-old daughter scootered into a room and declared enthusiastically, “I’m going to be a ballerina, an air hostess, a doctor, and a singer!” Her animated proclamation immediately triggered a flashback in my mind. As a child, I aspired to be an astronaut, a pilot, an office worker, and even a dancer. But, there was a fundamental difference. My aspirations arose at different points in time through my growing years. They never existed in parallel for me, as expressed by my daughter.

Is it possible to consider that as we glide into the “gig” (or “shared” or “collaborative”) economy, the very hard-wiring of our future generations would undergo a transformative change? While I won’t hazard a guess either way (with my complete lack of medical and scientific knowledge in this area), I would say that if it is indeed so, it wouldn’t be out of line with Darwin’s Theory of Biological Revolution. In this treatise, Darwin essentially established that all species of organisms develop themselves to enhance their ability to compete, survive and reproduce.

By all estimates, the gig economy is here, and it is here to stay. Noble House Consulting, a leading HR talent marketplace, conducted a survey amongst top 150 business leaders and 300 HR leaders in India in H2FY’19. As per their findings, only 6% of the participant organisations hadn’t employed a single gig worker during the previous 24 months. This clearly signifies that the flux in the environment will continue to rise as business models evolve and everyone, including the founders, leaders, workers, regulators, and governments across the world will strive hard to establish the new “normal” — if it even exists.

So, how do I lay the groundwork to ensure that when my daughter is old enough to join the workforce, she is adept with the necessary skills, knowledge and attitude needed to traverse the gig landscape? In many ways, the groundwork will not be very different from what any professional today needs to do to insulate themselves from the vagaries that are already emerging. In my opinion, the gig professionals willing to succeed in their workplaces will need to subscribe to multiple mindsets, such as the ones mentioned below. 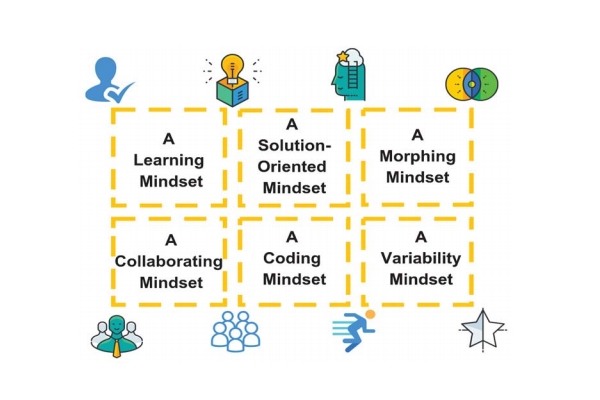 In a way, these are the best of times. No longer do individuals who have taken up a profession “need” to stay wedded to it for their lifetime. Opportunities are emerging for newer and more varied roles every day, just like newer apps being uploaded to the Play Store. But this also means that these willing individuals need to acquire the required skillsets to make a successful transition. Sometimes, this shift may be driven internally, but there are equally high chances that the rapidly changing environment may cause it. Therefore, professionals will need to be in a lifelong, perpetual ‘schooling’ process. Sanjay Lakotia, Co-Founder and CEO, Noble House Consulting, rightly shares that “Learning, unlearning and relearning will be the fuel for the executives to keep themselves relevant for extended careers in the future”.

Gleaning from the world of cinema, where specialists (or experts) come together under the guidance of a director to produce the end product, the collaborative economy also places a premium on those who come with specific capabilities to perform an assigned role or task. For those who want to contribute effectively in such a scenario, it would behove them to come ready to the gig market with their own USP (unique selling proposition) to solve real-world problems.

Ever since the T-1000 morphed dramatically in the movie Terminator 2: Judgement Day in its battle with the lead star, Arnold Schwarzeneggar, humans across the world have been fascinated about doing the same form-shifting. Now, it is the right time to do so figuratively, even if not physically. A gig economy will see many more dynamic professionals like Priyank Vajpai, an established, high-value HR professional at Pepsico on weekdays and a roaring band vocalist on the weekend. Whoever said you can’t have your cake and eat it too, was obviously living in the pre-gig economy!

Gone in 1.9 seconds! Yes, that’s the record for the fastest-ever Formula 1 tyre change, set by the Williams team in 2016 in Baku. Imagine the level of collaboration that would have gone into that historic moment. Also, imagine the action and approaches involved in the prior preparation that would have facilitated this. Similarly, as business environments get re-engineered to accommodate more and more gig workers, the latter will need to step into their ‘projects’, sync up with the other ‘subject matter experts’, execute their deliverables seamlessly, and move on to the next gig.

In present times, when even the humble toaster is smart enough to transmit a few bytes to inform you that the bread has been beautifully browned, it is imperative that everyone amongst us know at least some form of basic coding. Thankfully, computer languages have evolved incredibly from the time when they resembled an alien’s language! Coding and understanding the resulting data generated will add immense value to business growth.

Amidst the pitfalls of the gig economy, the seemingly trickiest one is the superfluous concept of fixed monthly salary that becomes redundant. Managing expenses within a variable income stream requires a mindset that is often witnessed in artists and entrepreneurs and not really in the white-collar salaried workforce. Aspiring gig workers will need to be adept at financial planning to ensure that they continue to live the life they aspire to, even while they juggle multiple revenue streams.

Given that incorporating such a multi-dimensional mindset will not be an easy task by any measure, it will be prudent for professionals across the board to take mindful steps in this direction. Only then will they, in a certain way, be the human equivalent of ‘Hydra’—a small, freshwater organism native to tropical and temperate zones, which has the capability to regenerate. Only then will the “gigsters” be better placed to navigate into the uncertainties to unveil an exciting, challenging, and fulfilling future! 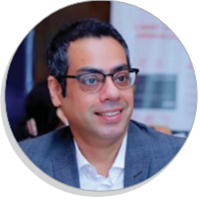 SHARE
Vikas Dua is an accomplished HR and recruitment professional with over 15 years of experience in the field, having worked with both start-ups and large corporations like Wipro, Concentrix and Startek Aegis, driving hiring in the APAC region. Currently, he is Chief HR Mentor at Attayn.co—a disruptive HR Tech firm working on enhancing and democratizing knowledge sharing in the academic space.