While focusing on advances in technology in the Organisational Development space, the importance of setting and maintaining high standards and communicating the same to the stakeholders within the organisation must always be borne in mind.

Setting standards is among those aspects that are of major concern for Organisational Development (OD) Professionals. While focusing on advances in technology such as implementing Artificial Intelligence (AI), Machine Learning (ML), Robotics, Blockchain to the Organisational Development space, one should not forget the importance of setting and maintaining high standards, and communicating the same to the stakeholders within the organisation.

The primary question is "What happens if standards are not set in the context of organisation?"
Without standards

Simply put, it results in organisational dysfunction. Hence, there is a case for OD professionals investing their time and energy in setting standards and adhering to them. Setting and maintaining high standards is indisputably the key to success in building an organisation and taking it to the next orbit. Organisations that do well have consistently demonstrated exactingly high standards. Irrespective of the zeitgeist - such as the VUCA environment- adhering to standards gives the basic health to the organisation.

Standards are a set of established guidelines meant for the functioning of organisations. Standards are also meant to govern employers and employees with respect to various organisationrelated actions. How do standards differ from characteristic organisational policies and Codes of Conduct? Instead of being phrased in terms of general dos and don'ts, standards describe a specific organisation's desired philosophical approach. The author's perspective is to outline essential ingredients of setting standards from the point of view of organisational development. This view has been developed from the review of various applied and clinical models.

Three models of OD consultation were outlined by Schein (1998) as follows:
◆ Purchasing expertise from the marketplace
◆ Following the clinical model, namely Doctor-Patient prescriptive methodology
◆ Using process consultation model. Among these models, the process consultation model has gained significant popularity in view of its merits. This model views an OD professional/consultant not as an expert who corrects the problem and terminates their association with the organisation subsequent to the attainment of results. Instead, the OD professional collaborates with the organisation as an internal change agent and facilitates all aspects related to organisational development. OD professionals need to view that organisational development is a gestalt (whole is greater than sum of its parts) process. The nucleus of OD is to increase organisation effectiveness by collaborating with top management teams and cross section of employees and by intervening in the ongoing processes of organisation.

The following pointers may function as triggers to OD Professionals in setting standards which will help in overcoming organisational dysfunction.

◆ Back to fundamentals - Is the vision in place? How clear is the vision? When was the vision   formulated? Was the said vision conceived by a single person or was it co-created? How often is the vision visited in its true spirit and not as a mechanical activity? Has anyone taken up the process of envisioning in the organisation?

◆ Has there been an operational vision for the organisation? In other words, are the agreed upon key performance indicators in place or otherwise? If so, when is it in place - is it at the beginning or middle of the financial year?

◆ How about culture? When was the last time an objective culture survey was taken up and its findings shared? Has there been any attempt to systematically build new elements of culture?

An essential role played by the OD Professionals is in the domain of change. They attempt to diagnose the growth dysfunction and conceive any changes that are required.

How serious is an organisation about learning? Employees at all levels - and the organisation as a whole - need to learn, unlearn, relearn, and truly learn to create and invent new growth models at an individual and organisational level. Creating an environment of employee involvement is necessary since people support what they build.

While team building interventions are carried out, have they been evaluated and contextualised for index teams and followed up for a required length of time? Return on investment is also an issue of concern which needs to be addressed diligently

Nurturing a culture of coaching and mentoring to set and attain goals, to impart wisdom to new generation employees, to handle disappointments, frustrations, and to engage the employees meaningfully is the new norm in contemporary world class organisations. OD Professionals play a huge role even in this aspect.

The methodology that needs to be adopted in OD is Appreciative Inquiry, where five processes are involved as given by Watkins and Moher in 2001
(a) Choosing the positive as the focus of inquiry
(b) Inquire into stories of life-giving forces
(c) Locate themes and select agenda for future inquiry
(d) Create shared image of preferred future
(e) Develop innovative strategies to create that future

OD professionals need to endorse the perspective of appreciative inquiry rather than fly in the ointment. Eliciting the absolute commitment of top management - time and resources, crystal clear organisation-wide communication, understanding the power dynamics and the politricks of the organisation, facilitating action learning in the organisation, giving importance to personal, interpersonal, team, interdepartmental, crossfunctional team developmental activity, putting feedback in place, and encouraging innovation are some of the practices that OD professionals should follow

OD is like a multi-dimensional prism, and to keep the OD engine going, OD Professionals must update and reorient themselves. How an OD Professional can multiply and mitigate Organisational Effectiveness is a matter of significant concern and utmost reality. Setting standards is dynamic in nature and OD professionals need to scan the environment and integrate necessary skills and competencies 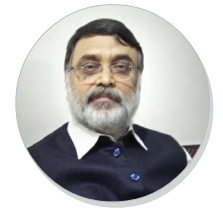 SHARE
Dr. K. N. Viswanatham is a Leadership Teacher and an OD Practitioner. He comes with an experience of twenty years in teaching, training, consulting, and research. Dr. Viswanatham has a Master's degree in Psychology from Andhra University, and, an M. Phil & Ph.D. in Clinical Psychology from NIMHANS. He can be reached at [email protected]