The Need For Hard And Soft Skills

The new year may be rewarding for those managers who can develop the hard and soft skills that they entail. While success is not guaranteed for those who prepare, failure is assured for those who do not.

The beginning of a new year is a good time to look ahead and contemplate such aspects which could possibly dominate the mind space for managers. This column sees two seemingly conflicting trends, and it is anybody’s guess as to how they will play out with each other.

The first among them is the unrelenting rise of ubiquitous computing powered by Artificial Intelligence (AI). Often, we do not stop to ponder over our increasing dependence and usage of such applications, even outside the office or factory. A few weeks ago, a cab driver, using Google Maps to navigate a route free of traffic jams, remarked as to how people drove around in those cities where the internet was not working/ unavailable. A school girl was heard wondering how Amazon accurately suggested the books she would have liked to read. Some of the biggest users of smart speakers at home are kids, who obviously have no idea of how a disembodied voice patiently services their seemingly outlandish requests. When it comes to deployment of AI-intensive applications, industry comes as a laggard. People working in many SMEs use more of such computing outside of their working hours than at work. However, this is going to change sharply for two reasons.

• People comfortable in using such applications at home will be open to using them at work. They may even start demanding them.

•  The costs involved in deploying such applications are going downhill. Apart from internetready devices such as cameras becoming cheaper, the costs associated with the risk of malware and intrusion are becoming more manageable with cloudbased applications hosted by large providers, who minimise those risks

Managers will have to be aware of the potential of technology, lead the deployment, and prepare themselves for all that follows:

• Big change in the profiles being hired

While this is easier said than done, managers will need to bite the bullet and apply themselves. Sadly, they are as much in the line of fire as anybody else when it comes to redundancy following IT deployment, and probably, even more so than the junior staff in some industries. People who have spent decades superficially skimming PowerPoint presentations, short articles, and dumbed down videos will now be required to get down to long-form reading and structured classroom courses. Not easy by any means!

Those wanting to begin the year with a more nuanced understanding of how machine intelligence is already impacting work could plough through “A Human’s Guide to Machine Intelligence” by Kartik Hosanagar.

The relevance of culture-building

The second likely trend is the increasing role of culture-building in getting people to do the right thing at work. This in itself seems to have many drivers. As organisations grow and transform themselves through mergers and acquisitions, and as they expand across the globe into new geographies, it is important for everyone to orient themselves to the company’s vision. Training, goal-setting, and appropriate rewards and disincentives will always play an important role. However, building the right all-pervasive culture will be paramount. This is because the increasing complexity and volatility of operations will make it difficult to lay down rules for all possible work situations.

Establishing the right culture will increase the likelihood of people doing the right thing, even without precise instructions in an unfamiliar situation, and a strong unified culture is likely to make organisations ‘antifragile’

if one were to borrow a phrase from the influential thinker, Nassim Nicholas Taleb.

Another driver could be linked to the profound transformation arising from AI-enabled IT deployment, as discussed earlier. As a large number of more or less similarly skilled people get replaced by a small number of diverse specialists reporting to someone who do not have their skills, they will have to be managed through cultural binding, rather than detailed instructions. Managers have always recognised the value of a uniform culture. This is at times expressed in stock phrases like ‘culture eats strategy for breakfast’, often attributed to Peter Drucker himself. This simply means that given the same choice in strategy, an organisation with a better pervasive work culture is likely to be more successful. In practice, managers have valued cultural integration somewhat less strategically, more as a retention tool. However, this is likely to change.

Andreesen Horowitz is a successful venture capital firm based in the heart of action for technology firms. They are known for hard-nosed investment of serious money in companies that promise to deliver big returns. Hardly a likely source for soft talk regarding culture-building! So, when Ben Horowitz’s latest book devotes itself to the importance of building the right culture for success as a competitive strategy, it is time to sit up and listen. In “What You Do Is Who You Are”, Horowitz talks of the role of culture in successful organisations over the centuries, and how a positive culture can be established in contemporary organisations and scaled up to meet the unforeseen challenges of growth in today’s business environment. Managers are guaranteed to get unusual insights from Horowitz into building a work culture quickly through actions that initiate the right conversations. For instance, during the early days of Amazon, all tables were fashioned by bolting legs on to cheap doors bought from Home Depot. Whenever a new employee asked why she was given a door as a desk, she was told that the company was always looking for ways to cut costs on whatever is not essential to its mission. This learning, delivered dramatically, was likely to stay.

Culture-building requires extensive and consistent rolemodelling and allows no shortcuts. It is not for everyone. However, it is essential for organisations that wish to scale up, across businesses, geographies and business models without compromising on performance. The new year may well be rewarding for those managers who can embrace the two trends and develop the hard and soft skills that they entail. There is no guarantee of success for those who prepare. However, failure is assured for those that do not. 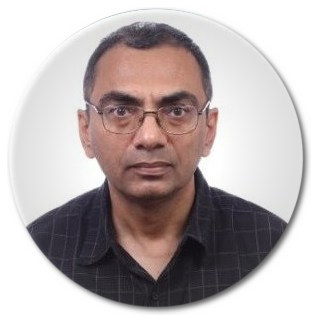