Final nail in the coffin:

It was the Space shuttle launch pressure that led Marshall Space Flight Center solid rocket booster project manager Lawrence Mulloy to comment, on hearing the Morton-Thiokol engineers’ objections to the Challenger launch, “My God, Thiokol, when do you want me to launch, next April?”…thus ‘external pressures’ were internalized as organizational goals by NASA, empowered the hierarchy beyond the desired level, centralized the decision making around a few individual/decision makers, shutting the ‘ears’…weakening the  organizational ability to listen and finally, setting the stage for the disaster, which the humanity will never forget…

The world was watching live on television on January 28, 1986 the Space Shuttle Challenger, with school teacher Christa McAuliffe aboard, exploded in flames (caused by an external tank explosion) in 73 seconds, killing all the seven astronauts on board.

The disaster is really not a story of ‘moral villains’ (villains do live by a moral code; it just differs from what is generally accepted in society) or a ‘conscious sacrifice of human values’. It is worth looking at Challenger disaster story from the angle of how individuals are subjected to ‘hierarchy pressures and constraints’ and they are forced to shut their mouth…and live in agony and extreme pain for ever…

And this could be true even today in many organizations…clearly a ‘warning signal’ for those dealing with technology and introducing products where safety of people is of prime importance - like air craft, railways, passenger vehicles, elevators, parachutes, safety harness etc.

The direct cause of the Challenger explosion was of course technical - faulty O-rings (mechanical gasket installed between each fuel segment in a solid rocket booster). But the Challenger disaster also presented a case in external pressure on organizational core ideologies, communication and ethics. Interestingly, the story also highlights and make us think that ‘ethics are ingrained in organizational structure’ as it promotes or discourages flow of communication.

Let us examine the findings of the Rogers commission, which was set up to study and report all about the Challenger explosion. It was mentioned in their findings that although the O-ring failure was the immediate cause, a flawed decision-making process was an equal, if not more important factor. The highlights of the report are as follows:

1. Serious flaw in the decision-making process in NASA:

A well structured system emphasizing safety first, would have flagged and brought to the forefront, the rising doubts about the Solid Rocket Booster joint seal. These matters were not clearly stated in the flight readiness process to encourage and reflect the views of most of the Morton Thiokol engineers (the contractor responsible for building the solid rocket booster) and at least some of the Marshall engineers (Marshall Space Flight Center)…perhaps, the launch of the Challenger flight might not have occurred when it did…might have been delayed to fix everything right without coming under ‘disastrous deadline pressure’.

It was quite apparent that the ‘waiving of launch constraints’ was at the expense of flight and human safety. Interestingly, the Rogers commission report also brought to the notice of the then US President that that there was no system which made it essential that ‘waivers of launch constraints’ be considered by all levels of management for better checks and balance in such a crucial project which involved safety of seven astronauts and the prestige of America.

The decision from the gut is important for all managers; however, there should always be basic checks & balance system in place, particularly when the impact is wide, deep and irreversible.

The Commission also unearthed ‘silo working’ tendency of management at Marshall. It was found out that in a normal course of working, they (Marshall engineers) would contain potentially serious problems within themselves and they would to attempt to resolve them internally rather than communicate them forward or collaborate with other sub-system of the project for successful flight missions. Clearly they lacked the spirit of collaboration and transparency. Perhaps, to meet the deadline pressure, they ignored and shelved their core ideology…’flight safety for successful launch’.

The Commission also came to know that at the ‘influence’ of Marshall and contrary to the views of its engineers in order to accommodate a major customer (not disclosed), the Thiokol management reversed its position and recommended the launch of Challenger…and rest the world shockingly watched on the live television…the explosion of Challenger shuttle on January 28, 1986. We would agree that it is a clear sign that organizational structure came under tremendous pressure of maintaining a deadline and ‘ethics’ sacrificed.

It is worthwhile looking at what happened in the past (prior to Challenger explosion) in NASA:

a. Mounting pressure on NASA’s goal and core ideology:

A well know saying is…’Serve your customer profitably and ethically’. A major shift happened in the history of NASA in 1982 when President Ronald Reagan multiplied the pressure on NASA engineers as his administration had decided some extraordinary and ambitious commercial and military goals for NASA - one of these goals for NASA was to become an economically self-sufficient cargo hauler (primarily of communication satellites). With this, the face of NASA changed substantially and it entered into the business of launching satellites for a variety of customers…perhaps, it was the beginning of the corrosion of the core ideology of NASA.

It is quite evident that undue pressures developed within NASA because of the need and expectation to meet customers’ commitments…in a compressed frame of time. It actually translated into a requirement to launch a certain number of flights per year and to launch them on time. And perhaps, NASA systems were not ready for external pressure of this kind.

The story goes like this…NASA had no experience in launching space shuttle in temperatures as cold as on the morning of January 28, 1986 (-2.2 to -1.7 degree Celsius). The coldest temperature of a previous launch was about 15-20 degree warmer.

b. Structural strains within NASA:

Very soon, as NASA has no choice, moved forward to meet the increasing flight schedule of the space shuttle to meet the commercial and military goals that was assigned (perhaps, it was thrust upon it) to it by Regan Administration.

The existing systems, procedures, work practices and orientation of engineers were not aligned to the new philosophy; NASA encountered a number of constraints and operating problems which made their tasks increasingly difficult.

Apparently NASA attempted to resolve the strains which were coming on structure and hierarchy by taking a less safe route (they probably gulped the short cut culture…but never imbibed). In normal course, NASA would have convinced the Regan Administration for changing its ‘pressure driven goals’ and adopting highest standard of flight safety and…moving cautiously…but they had no choice.

It is interesting to read the following, as reported by the Rogers commission:

"The unrelenting pressure to meet the demands of an accelerating flight schedule might have been adequately handled by NASA if it had insisted upon the exactingly thorough procedures that were its hallmark during the Apollo program. An extensive and redundant safety program comprising interdependent safety, reliability, and quality-assurance functions existed during and after the lunar program to discover any potential safety problems. Between that period and 1986, however, the program became ineffective. This loss of effectiveness seriously degraded the checks and balances essential for maintaining flight safety."

It is important for the top management and the Board to understand how much pressure the organization can take. This is particularly true when the organization decides to embark upon a long-term business transformation journey.

In Escorts Ltd, we appointed McKinsey & Co. in 2016 to chart out 2022 business transformation project. I must say, both, the top management and the Consultants of McKinsey gauged very well the capacity of the organization to take intense change management pressure and it successful execution within the deadline. The business results (in terms of EBITIDA increase, Sales acceleration, Cost reduction, New Product development by R&D team and above all compression of organization structure for manpower rationalization), were remarkable…and many quarter exceeded the targets and surprised everyone!

Engineer Roger Boisjoly offered the commission a reconstruction of his and Arnold Thompson’s attempt to convince the Thiokol mangers of the potentially dangerous effects of cold on the O-rings seal:

"Arnie actually got up from his position which was down the table, and walked up the table and put a quarter pad down in front of the table, in front of the management folks, and tried to sketch out once again what his concern was with the (O-ring seal) joint, and when he realized he wasn’t getting through, he just stopped."

"I tried one more time with the photos. I grabbed the photos and I went up and discussed the photos once again and tried to make the point that it was my opinion from actual observations that temperature was indeed a discriminator and we should not ignore the physical evidence that we had observed. I also stopped when it was apparent that I couldn’t get anybody to listen."

"After Arnie and I had our last say, Mr. Mason said we have to make a management decision. He turned to Bob Lund and asked him to take off his engineering hat and put on his management hat”.

"I left the room feeling badly defeated, but I felt I really did all I could to stop the launch."

To conclude, the Challenger accident is really not a story of moral villains…no one has ever pitched till today that any individuals whose actions contributed to the Challenger accident, had some hidden evil intentions. Further, people associated with the launch were also not callously indifferent to the value of seven astronauts…human life…or the prestige of NASA and America.

In retrospect, some individuals could have heroically prevented the disaster. However, they were subjected to tremendous organizational pressures and constraints which led to the derailment of the purpose of existence of NASA in case of Challenger - safety of flight, collaboration, transparency and respect for human life.

To conclude, in crucial projects, where a stake is high, the organization must create variety of internal/external controls and monitoring mechanisms (it may range from empowered cross-functional project teams, Channel partner, Investors, Audit, Shadow board to Board members) to minimize the risk of disaster and organizational failure. And above all, to make the organization, a truly  ‘LISTENING ORGANIZATION’’. 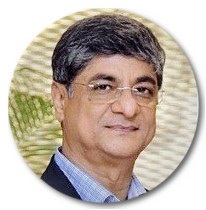