Is it possible for organisations to develop themselves automatically? Can business executives switch on the ‘autopilot lever’, sit back, and watch their organisations self-perpetuate transformation? Can organisations adapt and grow without key internal actors ‘constantly pushing’ the process? “Absolutely not,” I hear you say!

These scenarios sound more like a “dream come true” or some “virtual reality fantasy” than the grinding real-world existence found in the trenches of most organisations today. But before you write these notions off as completely unrealistic, think again. The hard truth is that they are, in fact, a possibility. And not only have I witnessed all these things happening, I have helped to create them on numerous occasions.

How is it possible?

The type of organisation-wide development and transformation projects that I have implemented over the years involve the intentional creation of ‘high levels of momentum’ all through the process. People get excited! And the energy and anticipation thus created becomes highly contagious. Once this momentum ‘takes off’, it is virtually unstoppable.

In effect, the momentum behind the organisational development process creates the conditions whereby it effectively self-sustains its own change and transformation. The back thrust is so compelling that it automatically draws people along its pathway—without needing the kind of ‘heavy lifting’ that most people associate with change, development, and transformation. People want it to happen.

This comes as a welcome relief for business executives and owners who experience it. Many have waited years—if not decades—for a transformational change to break through the crippling inertia that has held their organisations back for so long. For them, it is a surreal experience For the first time they see their people step-up and take on things that have never been tried in the past. The “immense challenges” for which their teams had once laboured for several months at a stretch, have become so much smaller in an instant—and easily attainable. A new paradigm exists in the minds of their people. This paves the way for a totally different line of thinking. A compelling confidence spreads across the organisation.

But how can an organisation move into this new state of existence? There are many contributing factors to achieve this—far too numerous to address in this article. However, one stands out head and shoulders above all others—“emotional engagement”.

When stakeholders in the development or change process feel that they truly ‘own the process’—that it is ‘theirs’ and that they are an ‘intrinsic part’ of it—they are less likely to resist it, and more likely to positively influence others. They become a part of the solution, not the problem.

Emotional engagement is attained through various drivers such as:-

My research uncovered two critical factors that were important in the delivery of these drivers, especially during times of organisational change. The first factor relates to the level of emotional engagement required to significantly motivate people. I discovered that the depth of engagement needed is much greater than what many realise. Often HR professionals think, “as long as we have good ‘engagement scores’ on our surveys, we’ll be okay…” But the harsh reality is that when an individual or group of stakeholders are faced with ‘confronting choices’ in a change process, a very deep level of engagement is ‘a must.’ And, more often than not, that level and depth is underestimated.

I can still vividly recall the Vice President of HR from a global multi-national come up to me after a workshop and say, “it’s very clear to me that the results you are getting are from a much deeper level of engagement with our people than what we have been seeking in the past.”

And that pretty much sums up the views of many people that I work with once they see for themselves the true power and impact of emotional engagement.

The second factor is the style in which emotional engagement is delivered. It cannot be simply delivered in an ad-hoc way. It needs to be multi-pronged, strategically planned, and consistently delivered. Moreover, an organisation cannot simply go through the motions of all of the different ways of engaging with people and expect results. They must be delivered with absolute transparency and with a genuineness that people ‘feel’ rather than just observe.

Stakeholders quickly pick up on inconsistencies. I have seen some leaders try to fake it—telling their people that they “genuinely want to listen to them and implement their ideas"—and then go about doing the exact opposite, either advertently or inadvertently. This kind of activity jeopardises projects, destroys credibility and makes any kind of change extremely difficult. And, of course, it is very costly!

The cost of not engaging

The true cost of ‘not engaging’ with stakeholders is very high, indeed.  When such projects fail or have to be re-started, the ‘new investment’ required will be a minimum of three to five times higher than what it would have cost if it was implemented professionally in the first place. It is far more efficient and cost effective to realise these realities upfront and to truly emotionally engage with stakeholders right from the beginning.

However, for those who recognise the need for emotional engagement, the good news is that the benefits of investing in it considerably outweigh the cost. When high levels of emotional engagement result in strong momentum in an organisation, and where that momentum takes hold across multiple groups and levels, the results can be astounding.

So, the next time you are considering changing or transforming your organisation, perhaps give thought to emotional engagement’s compelling impact. You might just find that if you do it well enough, your programme will ‘take off’ and achieve much more than what you ever imagined. 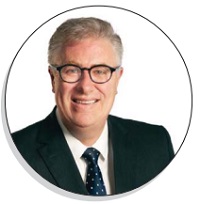 SHARE
Anthony Mitchell is a Transformation Consultant who has worked globally for 20 years helping to “move organisations”. He helps them to grow, develop and change—assisting them with their strategy, operations and structure, change management and performance management programs. Holding an MBA (Exec) with a major in Strategy from Sydney University and being an Oxford University educated leadership specialist, he also coaches and trains executives and teams in leadership and management development. He speaks regularly at industry events. His website is www.StrategicTransformation.com and he can be reached at [email protected]