Leading from the Heart

In today's time, when trust in leaders is at an all-time low, it has become even more critical for the leaders to be transparent, humane, and connect at an emotional level with the employees. The employees need to be valued, respected, involved, and their views should be heard. Leaders who lead with heart are generally better equipped as they have the wisdom and capacity to positively inspire people who transform any organisation towards the next level of growth. They commit themselves to make tomorrow a better day at work for their team members. They are genuine in their approach towards people which gets the team motivated to give their best.

"We have mastered our minds, but there is a greater need to train our hearts. The world needs leaders who build value by leading from the heart and believe in connecting with people."

Field Marshall Ferdinand Foch had said, “The most powerful weapon is a human soul on fire”.

"The minds of great leaders are like smouldering pots on a fire that never dies. It is a passion and desire to do something extraordinary that drives them. This comes from the heart and not from any lesson learnt at management schools or training sessions."

Wise authentic leaders demonstrate a passion for their dreams and purpose, practise their values consistently, and lead with their hearts as well as their heads. Nelson Mandela rightly said, "A good head and a good heart are always a formidable combination". They establish long-term, meaningful relationships, and have the self-discipline to get results. They know who they are as a person both on the inside and the outside.

I have always believed that there is no alternative to the heart. Nothing great in life can be accomplished unless there is a soul in it.

Mostly, we have been led to believe that being emotional means weak and that one will back away from hard decisions. I don't believe it to be true. It doesn't mean weak; rather, it is about caring even when you need to be authoritative, analytical, and hard-nosed. When you are compassionate, you support people through their struggles and difficulties. As a leader, you forgive them for their mistakes and miscalculations, giving them ground for learning through their mistakes and helping them evolve as better professionals.

As they transform enough to be a future leader, they would continue the practice of service that they have learnt. This makes you proud and celebrate their success, taking it as your success.

A true leader is able to change others' self-belief and impression of what they are capable of doing and inspire them to go beyond. Leadership is about making people reach their true potential.

I would like to quote a story of inspiration from Nelson Mandela. When he became the President of South Africa, there was much strife in the country. He thought the best idea was to unite the country through sport. Little before the Rugby World Cup in 1995, there was a meeting between Dr Mandela and the then South Africa Captain Francois Pienaar. Later, on being asked what did the President tell him - he said, "Dr Mandela just spoke about leadership, etc. and while he did not say it, his eyes said that he wants us to win the World Cup." He also gave him a poem, Invictus, which Mandela read again and again while he was in captivity and told him that this poem inspired him. The last two lines of the poem read as :"I am the master of my fate, I am the captain of my soul." 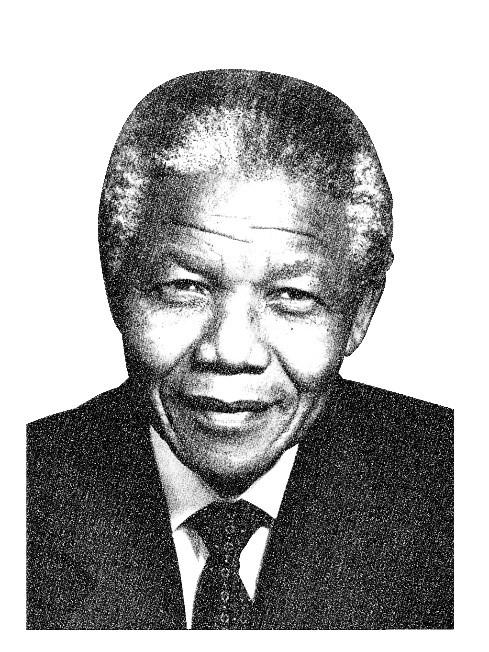 This helped Francois guide a group of no-hopers into World Champions. He later mentioned that the moment of inspiration came from President Nelson Mandela. All through the team's practice stage and during the World Cup match, Dr Mandela kept motivating the team, acknowledged their efforts, and thanked them for playing for the country. He further triggered the spark by wearing the Springbok jersey with no. 6 on his back. The no. 6 jersey in the World Cup was Pienaar's. It was a great moment for the team, and they were overwhelmed. The team's morale was at the highest level.

Leading from the heart is about creating an environment where people can feel comfortable, safe, and can speak openly. When leaders support people through their personal challenges and stress, they win hearts. The people then are more than motivated to give their all for the leaders. People do not work for organisations; they work for their leaders. When you genuinely care about people, you are rooting for their success.

The most important thing is to approach the hearts of your teammates and stir them to action! The best results cannot be achieved by leaders who are aloof, distant, or stiff and do not believe in purpose-led actions.

"You ask employees if they remember the bonus amount they got three years back and, in all probability, they will not remember it. However, you ask them about the appreciation they got ten years back, and they would vividly describe their experience with pride and satisfaction. Money brings instant gratification, but being of service lasts much longer."

Leaders should make an effort to walk down the bay and connect with the team whenever possible. They need to express the appreciation they feel for the work which team members do to make them feel valued and inspired.

Make efforts to know your team. Encourage and support those who are struggling and having trouble mastering new tasks. When times get tough, people especially want to be led by people who care, and who make them feel like they count.

Push the boundaries of conventional methods. Encourage creativity and innovation in your team by improving their involvement and action. By providing freedom to innovate at each level of the organisation, you are building that much more confidence amongst the team members.

Leading from the heart means leading from that place of engaging with your purpose, taking responsibility for your actions, and learning how to trust your heartfelt instincts in times of trouble.

When we become leaders, many of us set out to become famous and leave our legacy. Being famous is good, but it fades with time. However, when we are at the service of others, we can make a larger impact on the community and the world. It is about understanding how can we use our positions to become a force for good and bring positive change in the lives of those around us.

I would like to end by saying the leaders need to fulfil in their team the ability to achieve their truest potential, motivate them to have a strong sense of belief and purpose, which makes them the driver of their destiny and helps them in the service of others. 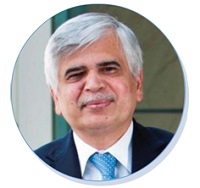 SHARE
Richard Rekhy is the former CEO of KPMG in India. With over 30 years of experience in professional services, he is admired for his clinical approach towards corporate governance, enterprise risk management, internal controls and business processes, across multiple domains. Richard is presently a Board Member of KPMG Dubai. He is on the Board of Governors of the Management and Entrepreneurship and Professional Skills Council. He is also the Co-Chairman, CII NR Special Task Force on Manufacturing and Make in India initiative, and a member of the Advisory Committee Board of Smile Train India's. Richard is affiliated with leading business enterprises and is an active member of diverse industry associations.