The Anatomy Of Organisational Culture

Individuals have personalities; groups have culture, and culture is the collective personality of a group of individuals. Without personality, every person is the same - an assortment of organs, activities, and soulless existence with no remarkable difference. Personality differentiates us from one another and gives us a unique identity. Similarly, an organisation is just an assortment of furniture, transactions, and a collection of people without a distinct identity in the absence of a collective personality i.e. Culture.

Culture settles in: Assuming that an organisation chooses not to have any specific culture. Culture however still settles in. In all of history, there without a distinct culture.

If we are not mindful of culture, it would be left to chance. Culture and Sub-cultures would creep into each sub-group, depending on the leadership styles of the formal or informal leaders in each of these sub-groups. And it is likely for these fragmented group cultures to clash with each other, often resulting in office politics and frustrations for the members of the groups. Cultures so formed randomly tend to be very volatile and dissolve a soon as the leader changes, giving way to a new culture based on the new leader's style.

Culture shapes behaviour: If you are a believer that Management is a lot about shaping the behaviour of your people and driving results by building synergy, there is a need to focus on the culture. A great culture can shift behaviour from mediocrity to virtuosity.

The virtues that are identified as distinctive cultural elements and promoted by the Leaders are the ones that would be practiced by the workforce. It provides clarity to associates on the behaviours that are valued and condemned. In the modern globalised world where people from diverse ethnic backgrounds work together, organisational culture supersedes ethnicity related cultural differences, and to a great extent, even blunts out office politics. This leads to associates getting along with each other with ease, and pulling in one direction. In essence, Culture matters! And in a big way! This also explains why associates in companies with a strong culture outperform their peers in other companies by about 20%.

Intensity of Culture - mild to strong: The intensity of Culture can be defined as the degree of consistency with which members of the group exhibit behavioural traits that are distinctive of that group's culture. High consistency with respect to a certain trait indicates high intensity. And as we move towards a scale of lower consistency, we gradually move towards mild cultures, and then gradually to non- existence of that behavioural trait at a cultural level.

"Culture and Sub-cultures would creep into each sub-group depending on the leadership styles of the formal or informal leaders in each of these sub-groups.”

Mild cultures tend to get dissolved over a period of time and lose their cultural identity. This happens because conformity to cultural norms or the lack of it tends to be inconsequential for members of the group in low-intensity cultures. Organisations need to build enough intensity to create any impact of culture on results. Success through culture management is only possible when the intensity is high enough to impact the day to day thinking and behaviour of group members.

What kind of culture suits your organisation?

“The true promise of a culture, argues influential venture capitalist Ben Horowitz, is to “be provocative enough to change what people do every day.”

Values are those that guide the interactions internally within employees, and externally with other stakeholders. Values provide clarity over what to or what not to expect from colleagues, and ensure that there are set standards for acceptable behaviour. Values also act as guidelines over the way in which the organisation expects employees to view the other stakeholders viz. customers, vendors, shareholders, society etc. Thus, values create a cultural framework within which the employees tend to operate.

How to build culture?

Dream and articulate your dream: Firstly, have a vivid vision of how the ideal culture would look like for your kind of business. Use the Purpose & Values framework and competitive edge of your business as flag-posts in building the vision. Envision how the framework translates into expected behaviours in real life situations. Prioritise and synchronise. It would be a great idea to invite contributions and thoughts from various sections of your employees to straight away start engaging them in the process of building a fabulous culture.

Set an example: Senior leaders in the organisation need to first practice before preaching when it comes to setting up a great culture. Spot opportunities for yourself to demonstrate the behaviours you expect from your people. Do it time and again.

Reward: Idolise great behaviours. Celebrate and publicise any instances/ individuals who have exemplified commitment to the culture you aspire to build. Remember Ivan Pavlov's experiment? You get more of what you reward more. Simultaneously, ensure to condemn any behaviour that work against your culture, even if such behaviours get you short term gains. Remember, no great culture happens without sacrifices.

Finally, remember to create a high intensity culture that makes a difference. Half measures do not lead to any results. The true promise of a culture, argues influential venture capitalist Ben Horowitz, is to “be provocative enough to change what people do every day.” 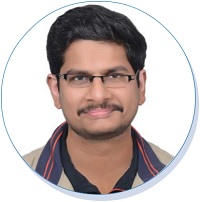 SHARE
Suresh Datla leads HR for Tupperware India's Business Operations and is also actively involved in development of a few Worldwide HR projects for Tupperware Brands Inc. A keen enthusiast in Training & Development Initiatives, Organisational Culture & Behaviour sciences, he has a blend of experience both in Manufacturing and IT sectors. Suresh can be reached at [email protected]