It Is The Vision Thing, Silly!

The role of Vision has been underplayed, but it is key to business success.

This, unfortunately, is the state of many organisations. They get so absorbed in their day to day work, that they lose sight of the larger intent of the organisation. Such organisations, lose their way quite quickly. As the Roman writer, Seneca, said two millennia ago, ‘to the person who does not know where he wants to go, there is no favourable wind’. The human soul searches for meaning, a larger purpose, and without that, a job remains as a vocation, and never blossoms into an avocation. This is precisely the role the Vision of an organisation plays. It gives meaning and purpose to the organisation.

However, a vision is not something that reveals itself from heaven, identifying or developing one, often involves hard work. It needs to start with gathering information and idea generation. Sounds simple, but not an easy task, really! Lew Platt, the former CEO of Hewlett-Packard, described himself as, “not the most unlikely person to come up with a good idea. . . . Give me a blank sheet of paper and tell me to write down fifteen approaches to something, and I might be lucky to get five, whereas other people would produce twenty-five in that period of time.” But, he says, he does “have some skill at sorting out the good from the bad.” So, he surrounds himself “with a lot of people who are good at generating ideas” and picks out the best. So, it is not always about generating new or whacky ideas, but also about collating existing ones.

While developing a vision, it is also important to understand the macro factors very well. The famous PESTLE analysis is something that comes in handy. The Political, Economic, Social, Technological, Legal and Environment context needs to be understood for a vision to be realistic and address a relevant opportunity. A detailed and well-done PESTLE analysis lays down the socio-economic context the organisation is going to operate in.

As the American Ralph Waldo Emerson said, nothing great can be achieved without passion. The vision, which emerges, needs to be an inspired one, not a mundane statement about the banal. But inspiration is never easy to come by. Scout for ideas and practices which may be the need of your context. When it comes to good things, Jack Welch had said, ‘steal shamelessly’. Scale up an idea, if need be. C.K. Prahlad spoke of the profit at the bottom of the pyramid and little surprise that small sachets of shampoo, sell like hotcakes today. Shuffle existing ideas into new uses. Everything does not have to be linear. A French film director was asked if his films had any beginning, middle and end. He replied, ‘yes, but not in that sequence!’

The Vision statement is a lodestar, it is a guide in difficult times. Therefore, it needs to factor in a multiplicity of situations and circumstances that could possibly prevail, for it to have an overarching relevance. Some of the possible scenarios could be revolutionary, evolutionary, cyclical, growing expansion, generational shifts and so on.

When Sam Palmisano, former CEO of IBM was asked what worried him the most; after some silence, he said, “what worried him the most was to miss a major technological shift.” With the pace of technological and macroeconomic changes, missing one such shift could render even the largest of organisations, irrelevant. Hence the vision has to have answers for changes and changes on the horizon. When you dream, you should dream big. Similarly, when you envision something for your business, you do not have to limit your vision to something which seems possible. Think outside the box, be unique and try to see beyond the limits. If you are able to do that, then your business will definitely grow and your business will stay at the forefront of innovation.

The vision needs to connect deeply with the employees and stakeholders. It is not enough to know it, but it must make an emotional impact. It must inspire us. Generally, most people, deep down want to do things which has a lasting impact, and not just a transactional blip in time. For example, many companies which have grown quickly have had a stirring vision statement. MakeMyTrip, the travel company has a tagline saying, not that they help people travel, but ‘We help you to make memories’. One simple statement moves the perspective away from the mundane to the inspirational.

Most successful businesses have real meaning in some shape or form. For example, at the most basic level, clothes shops help their customers stay warm, and at a more sophisticated level, they can help their customers feel good about themselves and make them more attractive to other people. Software developers create apps that make their users’ lives easier, and empower them to do things that were never before possible. And garbage collectors keep the environment clean and help people stay healthy and disease-free.

All of these jobs have real, motivating meaning to a greater or lesser extent, but the key point is to bring it out succinctly.

To conclude, as the American writer Max DePree said, “Management has a lot to do with answers. Leadership is a function of questions. And the first question for a leader always is: ‘Who do we intend to be?’ Not ‘What are we going to do?’ but ‘Who do we intend to be?” If there is clarity on where you want to go, chances are, you are already halfway there. 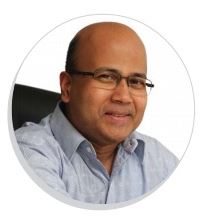 SHARE
Dipankar Das is the author of Cracking the CSAT Code at the Call Centre. He has worked in diverse organisations, including Genpact, Concentrix and Tata Projects Ltd. He is currently Sr Vice President and Global Head of Skill Development at iSON Experiences.