Listening is an art, not a science, and becoming an effective listener requires continuous work to improve upon its various facets.

Listening is an integral part of communication that is often neglected during a conversation. The focus while communicating is typically more towards talking than listening. While one may seem impressive by using eloquent words during the communication, its impact on the listener is questionable. There are some people with whom everyone likes to communicate, and there are others whom people try and avoid. The ability to effectively listen is one of the key attributes that differentiate the former from the latter.

Listening is an art, not a science, and becoming an effective listener requires continuous work to improve upon its various facets. One way to become better at listening is to understand the critical differences between two major listening methods.

When utilising this form of listening, one is focused on analysing and giving the best reply when the other person has finished talking. The person tries to question the statements which the speaker is making. It is more about showing superiority and winning the battle.

The combative mode of listening focuses on processing all the information given by the speaker during the interaction, analysing it, making conclusions, and reacting accordingly when the other person has finished talking. Because the listener is so engrossed in processing the information and deciding how to react, it becomes difficult to fully understand how the other person is feeling and the intent of the communication. It also becomes challenging to be totally present and listen to the conversation fully. That is where selective listening happens, and a lot of insights get filtered out during the conversation.

After the conversation is over, the speaker is often left feeling like they have not been fully heard, appreciated, or understood, which leads to feelings of being let down.

Celebratory listening connects two individuals and enhances the bond between them. After the conversation is over, the person feels light, relaxed, empowered and establishes a deeper connection and bond with the listener.

Listening is a skill that’s slowly losing its charm in this fast-moving world where people do not have the patience to engage in celebratory listening. Even though it may look challenging, with consistent effort and practice, celebratory listening can be mastered. Such a form of listening should be practised both in one’s personal life with friends and family members and in professional life with colleagues and team members. It plays a vital role in establishing trust among team members, improving communication, making feedback more effective, enhancing teamwork, and aligning everyone to a common objective. 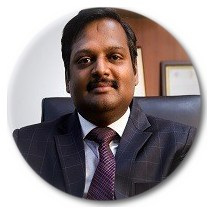