Loyalty, in some ways, is ensuring that someone has your back. But in an organisation, the HR team’s focus is to ensure that the team members have the organisation’s back.

Loyalty is overrated and probably passé. This is what we hear in all the trending discussion forums. Is this true, though?

Loyalty is not overrated, but if it finds itself over-indexed, we are in trouble, and even more so when it is pitted against competence. Because, the deadweight of high loyalty and low calibre has to be carried by some unsuspecting team members who will wake up one day and scream. On the other hand, if we have team members who are not loyal, the moment they see trouble, they may jump ship and look to something else; this would then be like trying to catch a revolving door at a crowded mall.

Ravi joined a founder-led organisation as the head of business and was responsible for driving revenue. He was excited to work with a person who was considered a visionary. As he started working, Ravi realised there were members in his team who were not performing and went ahead and hired the best talent intending to act against the non-performers. Ravi felt these team members were an asset to the organisation and was okay with them finding other roles, but felt they were not an excellent fit for his business development and sales organisation.

As he started planning their exit, the founder summoned Ravi and told him that they had been with the organisation since its inception and were invaluable. Yes, the founder was aware that they were not the most productive, but they were loyal. Ravi was baffled. He agreed to let them remain but asked for a team that would deliver. The founder told him not to increase the cost drastically as some budgets were already frozen. For Ravi, six months into the job, he realised his best team had to work double-time to manage the load. After all this, the founder still looked at the new team members as a means to an end, and only trusted the earlier team. After one year, Ravi and those he hired left the system.

The founder’s story is that of professionals who are all about maximising their salaries. He never wanted to understand what drove the new team out of the organisation. Many attempts by the HR leader to discuss this were scuttled as ‘too much HR stuff ’. But the founder never hesitated to blame the entire fallout on the HR leader as a failure to hire right and retain—the abdication of any responsibility for the loss.

Do You Serve the Regent or the Kingdom?

Unfortunately, loyalty is earned and cannot be an entitlement. Position and power cannot drive loyalty, nor can a quick trick bring in viral reactions. It is the same reason I hate instant coffee; it kills the whole process of brewing a lovely cup of my favourite south Indian filter coffee. In the same way, there are no instant loyalty mixes. Like trust, it is slow to build.

The context, an internet company with a complex structure; it had BPO, Retail, Field Sales, Product, and Software engineering verticals within the organisation. Each of these verticals was itself an industry. The founder singlehandedly built the organisation up to a level. As the company expanded, he brought in an HR Head, who, in turn, hired the business leaders.

But the founder never trusted them. He continued to decide on every hire in the organisation. He not only got involved in hiring but also took the final call on the salary. He often read and forwarded nuggets from other founders on why they have to be in the centre stage in recruitment and not outsource it to anyone in the organisation. He also decided on every promotion, every increment in the organisation. He felt that he and he alone understood what is required or what is best for the organisation. He looked at the leadership team, whom he hired as necessary, to show the investors that his organisation had matured. He thought of them as the team to execute his decisions at an incredible speed.

When every decision has to be taken by one person, that person becomes the bottleneck. If one does not trust the leaders one has hired, they will soon leave. The founder might know more and have more context - but how will the organisation scale? Surprisingly, this leader was even willing to scuttle the growth of the organisation. He was not ready to let go, even if it meant jeopardising the organisation’s future. What was he struggling with? Why was he missing that which was so evident to everyone else? Why did he not trust the HR head or the leaders?

Maybe he was afraid he would lose control. As one expands, new leaders come in, and they might have their ideas and styles. They will need space to operate in, and more importantly, create trust. The new leaders also had a wall of resistance from the loyalists or early joiners who picked on them as they thought they had the founder’s support.

With low trust, the founder was always suspicious of what the new leaders were up to. He was trying to control them through fear. It began with ‘I know what is best as I am the founder and the one who built it this far,’ but slowly turned into a toxic culture of misplaced loyalties and control through fear. The founder being the limitation is a sad story for any organisation.

Thus, the allegiance to the leader is only a subset of loyalty to the organisation.

• Leaders come and go, but how do we create faith in the system?

• How do we build pride in the system? How do you make decisions that are transparent and fair?

These are questions that heads of organisations have to ask themselves and work on with their HR Heads. 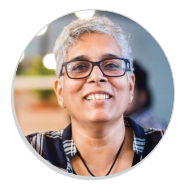