The Enigma Of Networking

There is ample literature highlighting the pros of networking. However, there is an equally prominent voice that disdains networking and views it as an inauthentic means of furthering one’s selfish interests.

We five, friends from those days when we were all unemployed, had decided to meet. The venue was the residence of one of the five. The gathering was to include families – ten adults and ten children.

I had to travel five hours to reach the venue. I was very excited about this get-together (my first one since the onslaught of COVID-19), and my wife was also looking forward to it as a welcome change. However, both of my children (teenagers) were not very enthused and joined us reluctantly.

As we all gathered, the gupshup was very diverse – ranging from the college stories, professional issues, national development, Corona, diameters of the belly, family matters and of course, a lot of satire and humour.

I noticed the children had started their own conversations, and some of them were also discussing matters like the new education policy with some of the uncles and aunts.

The return journey was more interesting because it was apparent that our teenagers had also enjoyed the visit to some extent.

My son asked me, “How do you retain contact with so many people after several years?”

“That is one’s nature of making friends,” I said. “And that is what is called networking,” I added after a pause.

“Oh! Networking. Isn’t it something that people resort to for their petty personal or professional interests?” he retorted promptly.

Of late, networking is emerging as a strong leadership trait and is being promoted as one of the paths to minimise gender biases. However, since the world is full of both introverts and extroverts, the approach towards networking is also ambivalent.

My son’s response and apparent aversion reminded me of an HBR article titled “Learn to Love Networking”, wherein the authors had brought out that many people found professional networking distasteful and that it made them feel dirty. The authors had asked about 300 employed persons to write about times when they had engaged either in professional networking for career advancement or social networking to make friends. After that, to ascertain their subconscious preferences, the people were asked to complete word fragments, such as W _ _ H, S H _ _ E R, and S _ _ P.

My son, studying at a professional institute, was apparently influenced by a similar thought.

There is ample literature highlighting the pros of networking, and this space may not be utilised for the eulogy. However, there is an equally prominent voice that disdains networking and views it as an inauthentic means of furthering one’s selfish interests. The need of the hour is to think with one’s heart and unwind the boundaries of rigid mindsets. Nothing is perfect, and neither is networking, but the expanding notions and awareness of networking in the professional and social arena must be acknowledged.

As we moved back closer to home, we counted a few friends my wife and I had in different geographies. They belonged to various associations – school, college, workplace, professional contacts. The beauty of having so many friends – or in communications terminology, ‘a network’ – was underscored by my son as he recalled meeting many of them and the richness of his several engaging conversations with some uncles and aunts. He cited a few examples where exchanges with different people had opened new vistas of learning for him.

I felt that the dirtiness of networking was perhaps withering out of my child’s mind.

We were barely a few minutes away from our home when he got a call from his friend who lived in West India and was coming to North India for a break. They discussed the travel itinerary and planned a few things.

He ended the call and shared some details with us. I asked him where his friend would stay. He said that his friend was searching for a place for 2–3 days.

My wife, in her characteristic Punjabi hospitality, said to our son, “Why don’t you invite him to stay with us?”

A sense of scepticism shook my son. His eyes were asking a question: “Is it possible?” However, the smile on his face was unparalleled, though masked under his disbelief and hesitation.

I looked into my wife’s gleaming eyes and seconded her invitation.

After a moment of silence, our son picked up his phone to call his friend back.

I accelerated with enthusiasm, much relieved that the dirtiness had disappeared, for that moment, at least. 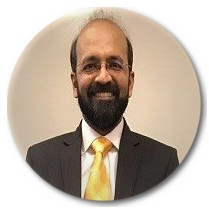 SHARE
Amit Gupta is a senior HR Executive with Indian Oil Corporation Limited and has vast experience in Sales and Human Resource Development. He is a passionate writer, storyteller, and public speaker. He pens real-life stories regularly under the title Myriad Musings for The Times of India. He also contributes to leading HR magazines. Amit can be contacted on [email protected]