Organisations preparing themselves for high performance must invest in the infrastructure so that people who are motivated by policy have ways and means to improve their skill sets.

In this case, India could not hire talent from outside, so the only option was to identify the talent and develop it. This was not a game of luck. If you see it from the eyes of HR, you will appreciate the factors that made it happen. The beauty is that you can replicate the same kind of things in your organisation for superior business results.

So, how does it work?

There are 7 principles that were instrumental in these superior results. Although this is the story of India, it started from Haryana. In the past 12 years, Haryana has won 50% of Olympic medals for India. Haryana has given a baseline to some of these principles of talent development.

In 2000, the Chief Minister of Haryana announced an award of 1 crore to anyone who brings gold in the 2000 Sydney Olympics. Nobody won. Yet, the word spread. That was when it all started, with an aspiration of superior results.

Similarly, organisations need someone in leadership to articulate expectations and set aspirational goals for people. That is the first step towards talent development. If people want to touch the sky, only then will they begin thinking about flying.

Aspiration is key, but it is not enough. Aspiration needs to be supported by organisation level commitment. The commitment is not merely a feeling. There is a method to commitment.

Haryana formalised its aspiration by creating a sports and physical fitness policy, which ensured that it is not a mere initiative. On similar lines, the central government created a programme called Target Olympics Podium Scheme (TOPS) in 2014 which supported the high performers to achieve success. Organisations serious about talent development need to have a documented policy for the same. This can be called by various names like Performance Management Policy, Career Planning Policy, Long Term Incentive Policy, Talent Management Policy, Leadership Development policy. Written down policies show commitment.

A Policy does not merely mean jotting lines in English with vision and values. It must have an action plan by committing resources. What will people get? Who will showcase the ability to be part of the policy? Haryana has a policy, which is a 64- page document, that states the reward for winning each medal. Organisations need to set a budget aside to induce superior performance.

The proof of the pudding is when you can eat it. When people see that the policy delivers what it states, that is when the real momentum gets built. Implementation gives credibility to commitment.

Haryana had a problem of youth unemployment and increased influence of drugs. By promoting sports, they were able to solve the problem. At the same time, sports became an economic driver of the state. Talent Development initiatives need to tie into business objectives for sustainability. This ensures that a change in leadership does not dilute the programme.

Gopichand opened a badminton academy in 2008 in Hyderabad. India got 3 badminton Olympic medals. Abhinav Bindra got a shooting range for himself. India got an Olympic gold medal. Creating infrastructure creates high performers. India has systematically invested in creating sports infrastructure, and today, we have more than 100 sports facilities with international standards.

Organisations preparing themselves for high performance must invest in the infrastructure so that people who are motivated by policy have ways and means to improve their skill sets.

The best part of the story is how Haryana went through the journey of skill development which can be adopted by corporates.

Skill development happens when there are competitions. Haryana created competitions at every level. Even panchayats can fund sports events. Other states lag because athletes do not get enough opportunities to compete.

There is a need for creating platforms where people can compete with each other to develop critical skills required for business. This is like creating internal hackathons for solving management problems.

Haryana started with physical literacy for all. They also introduced the education of children and parents on the basics of various sports. The increased awareness created an interest among the public in sports, which gave audiences to the platforms. At times, organisations undermine the importance of creating awareness for skill sets important for their success. Educating everyone in the organisation creates an ecosystem and positive energy which improves holistic development of critical skill sets.

The Haryana sports authority did not do everything on their own. One of their mantras was collaboration. They collaborated with education, health and recreation sectors, taking the help of community organisations, service providers and corporates. In the same manner, organisations must not hesitate in collaborating with multiple businesses, functions, industry-specific forums, vendors, partners who can help in sharpening the skills of the talent.

Haryana had a policy that if a child meets the basic criteria of a sport and the child commits itself to the sport, then they are given a scholarship. This incentive for learning gave better results in terms of focused talent development and public involvement. Competition, rewards and recognition further strengthened the skill development.

Introducing incentives for learning a skill that is important for the organisation is one of the best ways of creating a culture of learning. Monetary incentive works. At the same time, skill competitions, challenging assignments, public appreciation and recognition give the desired boost to learn at a faster pace.

The best of the best from various states are selected through the Target Olympics Podium Scheme (TOPS). TOPS does the same job for these selected sportsmen. It provides the infrastructure, facilities, support staff, participation fee for competition, and a financial incentive for learning. Apart from these, it provides world class coaches - the way Neeraj Chopra had a German coach, Sindhu had a south Korean coach and the Indian hockey team had an Australian coach.

The best of the best who have a chance of winning for you must get world class coaching apart from all the other things. This is something which must not be compromised.

TOPS was started in 2014. Haryana started its efforts in 2000. We are able to see the results in 2021. These are systematic investments. They take time to materialise. That is why elements like commitment, culture, and business alignment play a critical role in the success of such programs. These elements ensure that talent development is not dependent on one person. It goes on. 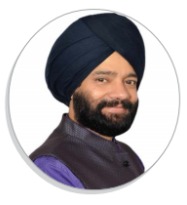 SHARE
Harjeet Khanduja is an international speaker, author, poet, influencer, inventor and an HR leader. He is currently working as the Senior Vice President HR at Reliance Jio. He has 2 published patents and his book “Nothing About Business” is an Amazon bestseller. Harjeet has been a LinkedIn Power Profile, TEDx speaker, Guest Faculty at IIM Ahmedabad, Board Member of Federation of World Academics and Global Digital Ambassador. Harjeet features in Top 100 Global Thought Leaders 2021.