Change is difficult, making change happen is tougher, making it seamless, is impossible, or is it?

Some time ago, I had met an HR Head who needed assistance in re-orienting their Sales Team. The team had been delivering on their numbers, but their company, an agrotech company, had a larger vision in sight, including the way Sales was done.

The typical Sales team structure started with the Feet on Street (FoS) going up to the Manager looking after a Territory, next level looking after the Area Sales, and he, in turn, reporting to the Zonal Sales Manager. The FoS worked more as a Supply Chain Person, ensuring that the stocks are replenished regularly at the point of sales and the selling price was as per pricing range.

However, with a newly minted COO, the son of the owner at the helm, who had recently returned from a top B-School in Paris, the company developed an App that monitored the RFID based products, and whenever replenishment was required, this would get triggered and new stocks would be sent across to them.

This resulted in the entire FoS and the Sales structure being rendered somewhat jobless and not sure what they were supposed to do now, when the selling was now practically automated.

However, the new COO had an elaborate plan for the Sales Team. He did not want them to go and sell multiple products, but gradually move to providing agricultural solutions, in which inevitably, multiple products would be bundled and sold.

In the new scheme of things, every Salesperson was needed to change their whole approach to Sales. They were no longer needed to go and take orders, but to meet key members of Agricultural Cooperatives, Village potentates, and other influencers to understand the agricultural issues they were facing and the possible solutions for it.

The Sales team members were not used to discussing issues around agricultural production, insecticides, manures, etc., and it took some time to bring out their latent knowledge and utilise this in their regular conversations.

Moving from Sales To Solutions

While the sales team had always been servicing their customers, moving from selling specific products to selling holistic solutions took some explaining. Accustomed to immediate monetisation, the solution selling mode yielded more rewards, but over a considerable period of time, and this lag was not something that was initially welcomed.

From Salesmen To Consultants

Next was the critical need to enhance their capabilities and communication abilities to hold their own in the midst of actual users. From FoS to Consultants was a long journey, but my client provided the right balance of handholding and push. The change began with open communication, explaining the need for the change and the logic behind it.

Each of the sales person was given the space to work out their own strategy within the scope of organisational vision and change. The earlier sales structure of TSMs and ZSMs was transformed into a consultancy like organisation, where the senior members were changed from threat wielding Sales Supervisors to people who used their own extensive experience to mentor the FoS to make the crucial change from transactional selling to transformative relationships.

The relationships could earlier be fleeting touchpoints, but now they needed to be deeper. The move from just serving to engaging and partnering, was in many cases are paradigm shift as the sales team members had never engaged with anyone at such a level and in such a way.

While the team continued to serve customers, and in many cases, the same customers they had been serving earlier, some of the customer service basics such as Relevance to Customer requirements, Reliability, Convenience and Responsiveness acquired a new meaning.

• Relevance: Earlier it was the specific product, now to be relevant, a solution needed to be offered with multiple products bundled into the solution and even some services such as surveying of the agricultural land, calculation of likely consumption, etc.

• Reliability: This attribute acquired a whole new meaning. Climbing up the value chain meant giving advice where more investment and liabilities were involved, and hence, it was more risky. A fly by night approach meant reckless advice to close sales this quarter and then worry about the next quarter later, but a more mature approach meant perhaps not clocking the sales this quarter but offering genuine advice, which would reap more revenue across a wider span of time.

• Responsiveness: Earlier it meant active listening, but now it needed to go a step ahead and actively engaging in the client’s business and understanding the ins and outs and patches where you could come in to help.

• Consistency: Last but not least, earlier in the transactional mode, you could skip some opportunities, but now opportunities were long drawn and being inconsistent meant losing out on a bigger opportunity, from which recovery would be difficult.

Change is never easy and all change is contextual. In the above example, one of the challenges was the fundamentals of the business did not change, customer orientation was still the key business driver, but the expression of Customer orientation changed from more transactional to more consultative and transformational – a journey not easy to negotiate.

But the maturity of the organisation in heeding Stephen Covey’s oft-quoted aphorism, ‘with people slow is fast and fast is slow’, the organisation walked gingerly and took one step at a time, very importantly, first shared the vision of the change, and thereafter, equally important, took the Supervisors into confidence and trained to them become a catalyst for the change programme.

This supervisory layer ensured that apprehensions were addressed and team members focused on accepting and internalising the change, rather than resisting it and feeling fearful.

The year the change happened, there was a slight dip in revenues, however, from the next year onwards, there was no looking back as revenues soared and the company clocked a CAGR of up to 15%, year on year. 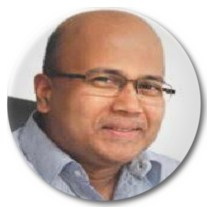 SHARE
Dipankar Das is the author of Cracking the CSAT Code at the Call Centre. He has worked in diverse organisations, including Genpact, Concentrix and Tata Projects Ltd. He is currently Vice President and Global Head of Skill Development at iSON Experiences.