The 10th Apple Effect: 3 Lessons for Leaders and HR Managers

The Law of Diminishing Marginal Utility — or the 10th Apple Effect — has significant ramifications for leaders and HR managers. By understanding this law, leaders can address their business predicaments and proactively plan and make appropriate outcome friendly decisions.

Once upon a time, a young boy was playing in the forest with his friends. He became so engrossed in the game that he ventured deeper and deeper into the woods, eventually distancing himself from his friends. When he realised he was lost, he walked for many fruitless hours, trying to find a way out. Darkness fell, however, and he fell asleep, exhausted and hungry. The next day, and the day after that, he tried finding his way out of the forest, but to no avail. By the end of three days, he was barely able to walk any further.

On the morning of the fourth day, he chanced upon an apple tree, full of ripe red apples. He shook the tree and picked up 15 to 20 of the juiciest fruits for his consumption. He then sat down under the shade of a tree and started eating the fruit. When he bit into the first apple, it tasted like the best thing he had ever had. He relished it, quickly devoured the second apple and then the third. By the time he reached out for the tenth apple, he was taking only a bite or two from each apple before discarding it and reaching for another. He was beginning to be satiated, and the apples no longer tasted as delicious as the first few had. This is the essence of the 10th Apple Effect, or as they say in economics, the Law of Diminishing Marginal Utility.

You’ll notice in the story above that the young boy derived maximum satisfaction or “utility” from the first apple he consumed. For every apple that he ate thereafter, his appetite became dulled, and consequently, his satisfaction levels fell. By the time he reached the tenth apple, he was simply not hungry anymore. The “value” or “utility” of the tenth apple was low. For a moment now, imagine what would happen if one were to offer the boy a few more apples to eat. He would find the very idea distasteful. This is an example of how the addition of units results in negative utility. Overconsumption is, for most products and services, a threat.

Are there lessons here for leaders and HR managers? Let’s look at three aspects of HR and explore how the 10th Apple Effect applies to them.

One of the most common complaints we hear from people managers, especially in the services sector, is the shortage of resources. Is it a boon to have a full-fledged team with a few resources to spare?

Consider a medium-sized branch of a bank where three tellers manage the usual workload. One of the tellers goes on leave, and the branch manager decides to get a substitute teller. All goes well for a while. The teller who had gone on leave returns after a few weeks, but the workload has increased slightly due to the festival season. The branch manager decides to retain the substitute teller as well as the three existing staff. The four tellers handle the increased workload quite well. Soon, however, the festive season comes to an end, and the workload trudges back to its normal levels. There are now four tellers doing the work of three. Naturally, they have spare time on their hands, and often one of the tellers has very little to do. This gives rise to two immediate management issues.

First and foremost, costs go up, and margins, efficiencies, and productivity go down. Secondly, the decreasing productivity results in diminishing motivation levels among the staff, and a general sense of unease hangs in the air. The substitute teller feels insecure. This may apply to most production and service scenarios. Adding additional workers beyond optimal levels results in lesser efficiencies.

In his widely acclaimed work, “Mental Accounting Matters” (1999), Richard H. Thaler showed that decisions are made and evaluated differently depending on how outcomes are perceived and experienced. His premise was that both the sources and the subsequent uses of funds are labelled in both real and mental accounting systems, and expenses are categorised into groups. Further, he stated that each component of mental accounting is considered independently and goes against the principle of fungibility in economics. This, in turn, influences choices.

This was later validated by Choi and Presslee’s studies (2016), which showed that employees perform better when they categorise performance-based pay components independently from their base salary. Significantly, employees evaluated their non-cash incentives differently from their cash components. Cash components were generally perceived to be used to meet necessities and essential good and services, whereas non-cash components were perceived to be used for indulgence and pleasure. Consequently, when employee compensation was increased through non-cash channels, performance levels peaked. Imagine having a handle on employee performance simply by determining how you compensate them, and not necessarily by how much!

Let us now move away for a bit from economics to organisational behaviour. It is common knowledge that appreciation as a form of recognition is an intrinsic component of every leader’s behaviour repository. How does the 10th Apple Effect impact such behaviour and affect employees?

Let’s walk through an example. Manager M is keen to increase employee engagement in his team and believes that appreciating his employees frequently and consistently will help him do so. He establishes a simple process such that on completion of every task of reasonable import, the employee is appreciated through a few words and a token gift from the manager. The first few times this was implemented, the employees did feel recognised and put their heart and soul into their future assignments. Over the next few weeks and months, however, employees noticed that they were not the only ones being recognised for completing their routine work; everyone else on the team was also being similarly recognised. Reward and recognition became a common fixture. By applying the process to all and sundry, the manager had inadvertently caused the 10th Apple Effect to kick in.

Gradually, the novelty of the initiative faded away, and employees began to feel a lack of spontaneity in the actions and words of the manager. Moreover, because the initiative was entirely process-driven, very little consideration was given to how the employees felt after receiving the words of appreciation and the gifts. Soon, employees stopped taking the recognition seriously, and motivation levels dipped.

As seen in the examples above, the Law of Diminishing Marginal Utility — or the 10th Apple Effect — has significant ramifications for leaders and HR managers. By understanding this law, leaders can address their business predicaments and proactively plan and make appropriate outcome-friendly decisions. 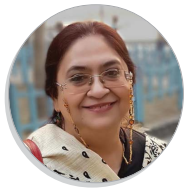 SHARE
Swati Sengupta is a management professional turned Trainer-FacultyLeadership Coach. She has 30+ years of corporate experience in Leadership, Business Development, Corporate Communications, Marketing, Human Resources, and Operations. Formerly, she has worked with organisations such as Computer Associates, Infosys, and Barclays. Swati is now a Faculty with the State Bank Institute of Leadership, Trainer and Leadership Coach for Corporates, Leadership Academies and Business Schools, including Symbiosis, Narsee Monjee Institute of Management Sciences, and ICFAI Business School. She also develops courses (edX).