There needs to be progressive HR policies in place in companies; policies that are different from previously managing the contractual workers.

The Late George Carlin, the famous American stand-up comedian, actor, social critic and author had once said, ‘The larger the group, the more toxic it becomes’. This is perhaps what we have come to in the universe of social media, since, apart from the conventional two sides to a story, we are now witnessing several sides being generated in real-time. Social media thrives on validation, and for validation, one needs a story that would resonate with the larger users. People are apparently deriving vicarious pleasure in consuming social media content at the cost of judging and labelling individuals who are the centre of a controversy.

For all the good things that came along with the internet, to a large extent, it effectively polarised the population. Hence, it is essential to have ethics at the centre of internet accessibility and content sharing. Instant attention and gratification may be the forte for some users’, but they also tend to lead to a toxic environment created on the basis of hate. Enhanced indulgence, irrespective of the nobility of the effort, can lead to mob mentality, where a critical incident is seemingly investigated, judged and shamed by users with their morally upright position. Can this discourse be appropriate for a democracy that resulted out of several arduous years of intellectual and physical struggle?

A recent, intriguing event in Bangalore, wherein a customer levelled charges of physical assault against a delivery agent affiliated with a food-tech company has been making a lot of news. The incident became viral the very same day. This had people from all across the country passing judgements on social media without even waiting for the complete details of the entire incident. The official statement that followed from the company concluded by way of indicating the performance of the delivery agent. Now that the investigation has concluded, the entire incident is in the public realm. However, the social media chatter around it transformed it into an ‘anti women’ narrative. Irrespective of the authorities doing their work, it did not stop people from turning the narrative into ‘anti women’ or even ‘outsiders v/s natives’. Given such a context, it hardly matters who is right and who is wrong, but the mob mentality cannot determine the course of an industrial dispute. When it becomes one, we need to understand that we are setting a dangerous precedent for society and organisations at large. So, why do we need institutions and authorities?

The larger question, however, is the way in which situations wherein delivery agents or similar personnel are exploited not just by customers, but also by the companies. This is not a single, isolated event that has happened. Some time ago, a video snippet of a delivery agent having a bite from the food box meant for a customer went viral. One needs to take into account that the performance of the delivery agents is measured on the time taken to deliver a food box, quality of service and their overall behaviour. In such cases, there are times when delivery agents are caught flouting traffic signals so that they can deliver them on time. The same companies who are going ga ga in supporting their delivery agent by way of covering their legal expenses etc. were recently ranked lowest in the Fairwork India report. The report assessed the companies on parameters such as ‘fair pay, fair conditions, fair contracts, fair management and fair representation’ (Fairwork India Report, 20201 ). The solutions for the exploitation of delivery agents need to be long-term, and cannot be driven by mob mentality on social media. There needs to be progressive HR policies in place in such companies; policies that are different from previously managing the contractual workers.

Globally, courts in the US and UK have begun recognising gig-workers as formal workers where they need to be provided with health care and welfare. It is high time that Indian companies take a proactive step in acknowledging the working conditions of their delivery agents and work towards creating a humane workspace. They must start by allowing them to form a trade union. The trade union must be allowed to represent the workers with the management and also prevent their exploitation by the customer in the future. The other important measure is to provide them with health care apart from mere incentives, which can at least cover their basic health alignments. In the given scenario where the gig economy is growing by the day, the exploitation of the delivery agents needs to stop, and proper HR practices must be implemented to make the gig-economy a safe and secure place of work. 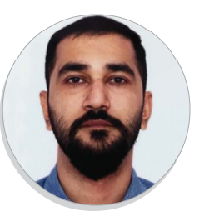