Keeping It Simple: In Word And Deed

As the custodians of employee satisfaction, HR managers may have to take the lead in taking stock of employee-facing communication - both written and spoken - and help communicators take an outside-in view and simplify everything.

Two judges of the Supreme Court were recently in the news expressing their bewilderment at making sense of a High Court judgement that had come up for review before them. One of them said that he pored over the text for forty minutes but could not understand anything.

The other mentioned that he needed ‘Tiger Balm’ by the time he finished reading the text. If senior jurists like Justice D.Y. Chandrachud and Justice M.R. Shah had to struggle so much over an eighteen-page judgement, imagine the plight of the plaintiff and the defendants. Even the party that won the case would be wondering why it ended up winning! Since this was a case involving action against an individual for misbehaviour at work, there must be at least some HR managers trying hard to decipher the judgement.

This is not the first time something like this has happened. In 2017, the Supreme Court had to remand a High Court judgement for reconsideration, because it could not make sense of the text. Arun Shourie has written an entire book (“Anita Gets Bail”) cataloguing among other things, cases of complex language used by some judges that other judges struggle to understand. One of the Supreme Court judges has blamed the ease of ‘cutting-and-pasting’ provided by computer-based text processing tools. This may or may not be the root cause of complexity in court documents, but is certainly a major villain in the corporate world. All of us must have had at least one experience of cut-and-paste goofups where a new document inadvertently carries over inapplicable text from another document. This can be very embarrassing at times.

Rather than blame tools like MSWord, one has to figure out why the language used in documents has become so cumbersome in the world of business and government. It is not as if this has not been recognised earlier. As early as 1948, the British government asked Sir Ernest Gowers to come up with guidelines for government departments that would make their documents easier to read by laypeople. He produced several guides that were eventually combined into one (“The Complete Plain Words”). This book has had wide readership and has never been out of print. In fact, the latest edition came as recently as 2014, and was prepared by Sir Gowers’ great granddaughter. However, all this must have had only a limited effect in the UK, because in 1979, Chrissie Maher started a company called Plain English Campaign (PEC) for simplifying written and spoken communication in government and business. Apart from advising companies and lobbying the government, PEC did its bit of ‘naming-and-shaming’ by giving out annual Foot-in-the-Mouth awards for confusing public comments and Golden Bull awards for confusing documents. Of course, the language used by them for describing these awards was a little more colourful.

The US went further by actually introducing a legislation in 1976. The Paperwork Reduction Act was supposed to be a major push towards the simplification of government documentation. President Jimmy Carter even issued an executive order in 1978 mandating to make government communications short and easy to understand for those who had to use them. This must have had some impact, but the bureaucracy in government and large business organisations has a way of asserting itself over time and making the simple very complex. Also, complexity has its own uses in the world of politics. This was brought home vividly when the new Biden administration was trying to push legislation for extending COVID-relief payments to affected citizens. One member of the legislature delayed the process by invoking a rule that required the legislation to be fully read out before all legislators. And reading out from the approximately 600-page text took a long time.

The length and complexity of documents produced by government, business and media have become so commonplace that two unusual practices, one of them a business opportunity, have emerged. The first is the use of net search to get answers to queries, which ideally should have been clearly available on company and government documents and websites. For many people, this is the first approach to follow when they want to figure out how to do something relating to a service, a product or a compliance. This should be a matter of shame for all the agencies responsible for products, services and compliance requests. The second emerging practice, and in this case, a business opportunity, is summarising. Shephali Bhatt of the Economic Times has recently written of the demand for content writers who are required to merely summarise content created by others. This is a mixed signal for the original content creators; their content is important enough to be communicated to a wider audience but too long and complex for the intended recipient. Hence the need for summarisation.

Some thinkers believe that at least some of this clutter comes from not seeing things from the user’s point of view. Brand consultant Martin Lindstrom spent extended time with families to see how they use products and services and why they chose one brand over the other. It is his recommendation that all providers should do the same. To drive home this point, he does provocative experiments. In one, he took a bunch of senior executives from a bank for a meal after secretly persuading the bank management to temporarily block their credit cards. When they could not pay for the meal, the executives had to call up their own company helpline and suffer the frustration of first waiting and then navigating a confusing IVR menu (‘Press 1 for X, press 2 for Y...etc’), while the restaurant staff waited with the bill. Lindstrom believes that clear communication coexists with clear processes. He cheekily recommends that every company must create a ‘Ministry of Common Sense’ to constantly vet and prune processes, always seeing things from the point of view of the affected party. Perceptive readers will immediately see this as a light-hearted version of design thinking, and the best way of setting up processes.

It is so easy to create, translate and upload documents that companies often do too much of a good thing. Since editing is equally easy, changes are grafted on without seeing if they are consistent with prior text. Government agencies are notorious for making this more complicated by issuing cryptic amendments that seem to be designed to confuse (e.g. in section x para y replace ‘before’ with ‘after’...). Senior people insulate themselves from the resulting confusion by pulling their rank and creating special concierge facilities for themselves. No senior manager, in say an insurance company, would like to navigate through her own company website and helplines to resolve any problem she is facing with her own policy.

As the custodians of employee satisfaction, HR managers may have to take the lead in taking stock of employee-facing communication both written and spoken and help communicators take an outside-in view and simplify everything. Hopefully, the next step will be to facilitate the same change when it comes to dealing with the customers and end- users of the company’s products and services. 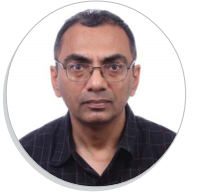