The Need For Emotional Intelligence

Though emotional intelligence is important everywhere; discerning emotions require an understanding of the social dynamics/fabric of the audience. Therefore, emotional and social intelligence are like two sides of the same coin.

Research has equipped us with strong evidence that leaders usually have higher levels of  intelligence than people who do not emerge as leaders in a group. Intelligence is defined as the ability to suitably adapt to any situation. This ability to wade through uncertainties distinguishes leaders from non-leaders.

Initial research on intelligence was majorly focused around the cognitive-analytical abilities of people. With time, western researchers started exploring whether the concept of intelligence was invariant across cultures. To corroborate this, they administered the standardised intelligence test on a set of children from an African nation. The test administrators then asked the mothers of these children to rate them on their level of intelligence. Interestingly, they did not find an overlap between the scores on the intelligence test and the attributions of intelligence made by the mothers. A deeper exploration of this discrepancy revealed that in the social setting in which these children lived, the very ability of an individual to deal with people and blend in with the community was considered as a sign of intelligence. Abstract analytical abilities were apparently irrelevant to them. Studies such as these made way for two crucial realisations:-

i. Culture defines what is considered intelligent and what is not

ii. Intelligence is a multidimensional concept.

In the early 1990s, terms like Social and Emotional Intelligence started gaining prominence. Social Intelligence is described as the ability to navigate social relationships with ease. This is achieved through a good understanding of group dynamics specific to the culture and comfort in social situations. An astute understanding of emotions is essential for social intelligence. Several cross-cultural studies also confirmed that the nature of cognitions, emotions and motivation get determined by culture. These findings imply that though emotional intelligence is important everywhere; discerning emotions require an understanding of the social dynamics/fabric of the audience. Therefore, emotional and social intelligence are like two sides of the same coin.

The term emotional intelligence (EI) was first proposed in the early 1990s by two psychologists, Mayer and Salovey. But the credit for popularising the concept goes to Daniel Goleman, a psychologist and a science journalist at The New York Times.

In the course of three decades of research on EI, various models have been proposed to explain the concept. The models suggest that for an individual to be emotionally intelligent, he/she must be good at

The individual needs to be self-aware, socially aware and be good at relationship management etc. In essence, all the models agree that Emotional Intelligence is the ability of an individual to understand and regulate one’s own emotions, as well as those of others.

The competency framework provided by Daniel Goleman is one of the most popular understanding of EI because of its practical utility and its claim that EI can be learnt. EI is seen to comprise a set of competencies instead of inborn traits.

Therefore, it is hardly surprising that organisations across the world now include Emotional Intelligence Training in their yearly plan. In fact, the Indian Railways in 2018 announced that all its employees across ranks will have to undergo a mandatory assessment of EI and customised training to help all employees improve their emotional quotient. Within organisations, Emotional Intelligence has implications for learning, leadership and effective decision making. The relationship between EI and each of these facets has been further elaborated with a special reference to the necessity of EI during the pandemic.

Learning refers to the acquisition of new knowledge or skills which get reflected in the behaviour and actions of the individual. Positive emotions like interest, enthusiasm etc. can facilitate learning while emotions like fear, anxiety etc. can inhibit learning. Emotional impulses disrupt the cognitive functioning of the brain, especially the ones related to working memory.

Learning and development has always been a key aspect for the progress of any organisation. In industries where technology is fast-changing and uncertain, the survival of the organisation is dependent on their learning capabilities. Many newage organisations use the term ‘agile’ to refer to this learning orientation. The COVID-19 pandemic has added an additional dimension of complexity to the organisational environment. This disruption in the existing functioning of organisations has underscored the strategic role of the Learning & Development function more than ever.

Businesses have been dealing with the pandemic in their own ways. Some are using it as an opportunity to get into new areas of business.

Wildcraft, for instance, built on its existing capabilities to expand its manufacturing portfolio to PPE equipment. Others are figuring out ways to deal with online mediums of work. For example, educational institutions have had to suddenly dive into online education.

Organisations require a lot of composure to be able to deal with the unexpected crisis caused by the pandemic. They need to learn and adapt. Learning is possible only when emotional intelligence is nurtured in the organisation. Anxious and fearful employees would not be able to learn and adapt to challenges quickly.

When faced with an emotionally upheaving situation, people can react in various ways. One can either get overwhelmed by the emotion and be paralysed into inaction. This is the way a child would react to any strong negative emotion. Some people are not paralysed by emotional upheavals, but their judgement is impaired by it. They usually react impulsively to the environment. Both these states are dysfunctional and lead to poor outcomes. An emotionally intelligent person on the other hand can remain calm in any situation irrespective of how emotionally upheaving it is. This allows for the optimum functioning of the brain, eventually affecting the quality of the decisions made.

Businesses are having to make many crucial decisions during the pandemic. Should they reduce their existing workforce or instead reduce their salaries? Should they prioritize the survival of the business over the health of the employees? These are not easy decisions to make. Many organisations have given priority to employee wellbeing and have introduced facilities like counsellor on call, online fitness sessions and ‘work for home’ where employees can do their household chores while working from home. They have also simultaneously come up with structural changes to save costs like allowing employees to work from home permanently. This saves them the cost of infrastructure rentals and maintenance. Research suggests that when emotions are used to make decisions, the output is more effective than when rationale alone is used. The example of organisations finding innovative ways to save costs while also taking care of their employees supports these findings. 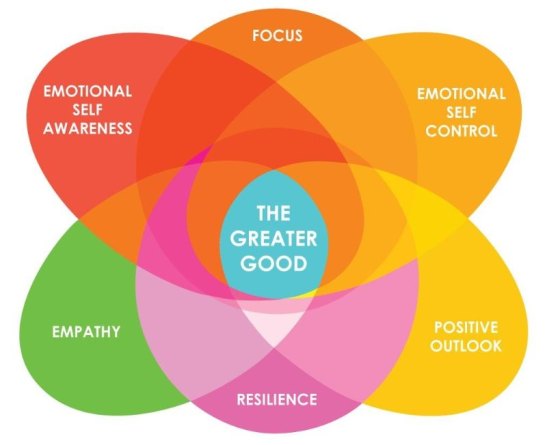 Leaders are continuously making decisions that have huge financial and strategic implications. They are under constant scrutiny and receive a fair amount of negative feedback. It is not surprising then that EI becomes key to the success of a leader.

Even in a non-pandemic situation, research suggests that 85 to 90% of outstanding performance of a leader can be attributed to EI. When leaders demonstrated EI, it led to a 20% increase in profits. If this is true in normal times, one can only imagine how important EI is today when the economy is predicted to shrink 9% due to the pandemic. Such turmoil among businesses requires resilient leadership. EI appears to be the key to this resilience.

The leader’s actions and words have a great impact on the motivation levels of employees, especially now when most people are anxious about their physical and financial health. An important way in which leaders, who are high on EI succeed, is by building a culture based on EI. Such organisations always have employee-friendly policies. Values of care and empathy are deeply rooted in such cultures. During uncertainties like the pandemic, such an organisational culture reduces the stress level of employees and increases performance. Therefore, all succession planning and leadership development initiatives in organisations should include training on Emotional Intelligence.

Using the competency model of EI proposed by Daniel Goleman, some suggestions are proposed to help organisations build a culture of EI.

Activities like maintaining a daily diary help in noting down one’s inner most feelings. Selfassessment questionnaires also help in providing information about oneself that are unknown to others and even to one’s own self. For aspects of ourselves that we are not personally aware of but are visible to others, feedback from others within organisations can be sought. The information received through these means can be used to develop a personal plan of action for regulating the expression of one’s own emotions. Training people on influence tactics, conflict management skills, cross cultural management etc can help employees develop the social skills required to empathetically wade through the social fabric of the organisation.

The more organisations realise that being emotional is not antithetical to being intelligent, the better will be their capacities to deal with any kind of uncertainty. 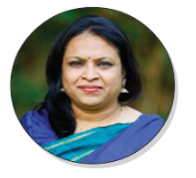