The biggest reason for which managers hate firing people is that it is extremely unpleasant. Unfortunately, because they find it unpleasant, managers do a bad job when they are required to actually do it.

Recently, Barcelona’s new coach came under fire on Rsocial media for sacking Luis Suarez, one of the team’s key players, over a brief phone call. Even more recently, many of us would have received a petition on change.org from the wife of an airline pilot, who was sacked through an email. Clearly, in both cases, there are complex reasons both for and against the separation. The one point on which most people seem to agree is the manner of separation. It was seen as disrespectful.

No manager likes to fire people. It is such a waste considering all the effort that goes into the selection, hiring, and training people to come about as good in their work. It also damages the culture of the organisation which is built around the way people treat each other at work. However, the biggest reason for which managers hate firing people is that it is extremely unpleasant. Unfortunately, because they find it unpleasant, managers do a bad job when they are required to actually do it.

Managers’ distaste of firing is so well known that it was the central theme of a popular Hollywood movie ten years ago. In ‘Up In The Air’, George Clooney’s character, Ryan, makes a living by flying to different places and firing people after face-to-face meetings, on behalf of the Management of those organisations. While this is definitely not pleasant, he has learnt to do it with some amount of finesse. When a new colleague pushes for firing people over video calls to save on travel costs, he opposes her but is unable to prevent her from doing it. Eventually, one person fired over a video call at first threatens to kill herself, and then goes ahead and does it. This tragedy vindicates Ryan; separation is fraught with possibilities and best handled across the table with dignity by an experienced person with prior preparation.

Not many managers can outsource firing to a professional like Ryan. They have to learn to do it well themselves. Every little detail counts in this process. Here are some key issues:

♦ Preparation: Needless to say, the manager must have an answer to the common questions expected, as well as an FAQ resource and a human contact that can be shared with the employee for future logistics queries. A standard resignation letter alongside a cheque with settlement payment, if kept ready, helps a great deal in closing the proceedings.

♦ Location: The manager cannot be expected to walk into an open office and fire people. She must arrange a location where the employee is not worried about being overheard or even seen, in case emotions are displayed.

♦ Timing: Contrary to what some managers think, it is not a good idea to sack someone before the weekend when all she can do is soak in misery. It may be better to do it at the start of the week so that she can start reaching out to potential employers right away.

♦ Script: Managers are not necessarily good actors and they are certainly unlikely to be actors who can improvise according to the situation. It is best to follow a standard script with a few standard variations to deliver the message. The message itself should deliver the bad news right away upfront, followed by the business reasons, which do not reflect on the employee’s worth, ending with logistical details about the next steps like surrendering assets, filling forms and collecting payment. Managers should not expect to be understood completely or appreciated in any manner. There is no way separation can be packaged as pleasant news ever.

♦ Demeanour: The manager should expect incredulity, hostility or dejection or even all three. She has to try to be calm and patient. This is not a time for answering every emotionally charged question. These should be heard patiently before returning to the script. I was once asked by an employee how on earth his salary (he mentioned the exact amount) made a difference to Company profits (he mentioned the exact amount again). It obviously represented a very tiny fraction.

On another occasion, an employee reminded me about the upcoming wedding of his daughter, to which I had been invited. Such an interaction can be emotionally wrenching and cannot be managed without a script and without practised calm. Many managers know that just as they are letting go one or several members in their team, they may themselves be on a list of people to be let go later. This anxiety can make it even harder to carry out the separation discussion. This is where preparation and a script help the most.

♦ Witness: To protect against future legal action, hinging on who said what, it may be a good idea to have another manager present. This could be an HR rep or the manager’s own supervisor. This has become even more important during the pandemic when separation happens in a WFH setting and the discussion could be recorded by the employee.

♦ Follow-up: Some companies rely on third parties for asset and form collection. In the WFH setting, this could be a good option because the employee may query or crib with company employees who may not all give the correct response.

Lots of jobs have evaporated over the last few months because of the slowdown in the economy. The pandemic shows no sign of easing and we can expect to see more jobs go. More and more managers will be called upon to let some or all of their people go. It is not going to be easy, but it has to be done. Anything which just has to be done needs to be done well. Luckily, this is an area where lots of advice, based on experience, is available for all managers, especially from sources in the US, where business organisations have prided themselves on rapid firing. To be fair, they are also equally known for rapid hiring when things get better.

In a piece in HBR last month, Rebecca Knight has laid out advice on managing separation in these trying times, and ends with a health advisory for the manager. Separation takes its toll not just on the employee being let go, which is well-known, but also on the manager carrying out the separation. This is underappreciated. Practised calm does not come overnight and depends on rest, nutrition, exercise and meditative practices.

Luckily, while WFH makes it harder to inject dignity into the separation dialogue, it also makes it easier for the manager to follow her script and thereby do a better job of being compassionate while onmessage. The separation experience has also been somewhat eased by some half-way house options that have emerged. Some companies put employees on furlough where they do not get their salary, but the company continues to fund longterm benefits. Some companies have chosen to fund employee insurance long past their exit taking the financial year as the time frame of applicability.

Some companies notionally keep the employee name on record for a period so that the position can be cited while applying for future jobs. Resume preparation and job search counselling has not become a common practice but can be expected to become so, as in some US companies, as time passes. Many companies are placing separated employees on a roster to be contacted for rehiring in case business picks up. This helps create initial comfort for the employee.

There are some organisational practices that make the manager’s job even harder. When a part of the team has to be let go, the manager can reassure the others that the worst is over. When these separations are announced in instalments, the manager has a tough time communicating assurance. When the company releases information to external stakeholders before releasing it to people within, the managers lose credibility. When the separation of old employees runs in parallel with the induction of new employees hired on lower salaries, the manager’s position becomes completely unenviable. One can only wish that this did not happen, but business needs drive decisions in a way that individual managers cannot control. What they can control is the degree of dignity they can retain for the employee being let go, and hope that this will be remembered. That is the only redemption for the professional manager. 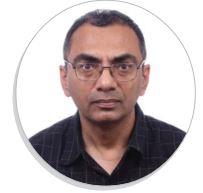