Corporates, while devising their Diversity, Equity and Inclusion policies, must now consider caste as an important indicator for encouraging people from diverse castes to be able to apply for jobs.

I vividly remember the first time I was to teach a course on the fundamentals of HRM. Within the sessions, a module had to be done on diversity. I was a fresher, straight out of doctoral studies with world changing ideas and zeal, where we were encouraged to discuss/debate around caste. Somewhere during the session, one participant literally said it out loud, “As a guy, I’m okay with a girl sitting next to me in the class, but not somebody from a lower caste who was given a free seat.” That session proved to be a much needed brush-with-the reality-moment for me to realise that not everyone holds progressive views on caste. Probably, that was the reality of a space of comfort where affirmative action was merely taught from the lens of gender, sexuality, age and geographic differences. However, during this session, I had no intention to shock the participants by way of throwing words and concepts at them, like a masterji! What I merely did was to make everyone think about diversity from different quarters with ‘caste’ as an important element.

Now, as I set out to teach courses more often, I found that the conversation on caste within the diversity and inclusion module is more relevant than ever. This was largely due to the Cisco incident that came into the limelight a couple of months ago, where an executive belonging to the upper caste passed information to colleagues about someone’s caste since he happened to belong to a lower caste (The New York Times, 2020). The California government has thereafter filed a civil rights lawsuit against the executive, his colleague and the company for unlawful practices. Castebased discrimination is perhaps a new issue in the US, but the timing of the case is significant since all of the US is apparently reeling under issues of racial discrimination. Although seemingly obvious to its stand, Cisco has denied the existence of castebased discrimination at its premises.

Now that Diversity, Equity and Inclusion (DEI) is an integral part of HR policies, I seldom hear caste being viewed as one of the indicators to enhance DEI in the organisation. Around last year, when I attended a high profile annual conference with a few sessions dedicated to DEI, all that was heard was about making organisations gender and LGBTQI friendly, and no one touched upon on the topic of caste or castebased discrimination. So, has caste become invisible in the corporate space? Or is there zero caste-based discrimination at the workplace? While we assess DEI policies, it would be right to assume the former question since a utopian workplace is a myth. Hence, we can only strive to be improved versions of ourselves every time.

Whenever caste-based affirmative action is remotely considered, the ‘myth of merit’ is strongly peddled, so much so that we come to think of it as some kind of a magicwand solution for the upliftment of the society. Merit may work if at all there are equitable measures in place, which is not the case even with developed countries. Hence, most of them have affirmative actions in place. For instance, any university accepting applications would invariably have a separate disclosure on diversity which explicitly mentions that people who are at the margins are welcomed to apply for respective positions. Similarly, Asians heading global tech companies and MNCs has also got to do with DEI policies of those companies. Contrarily so, what makes us believe that a white person is not equally qualified to head those companies with decorated Ivy League pedigree, as Asians heading those companies have primarily got to do with their performance, achievements, and career milestones, and yet, they could navigate or were recruited for the position because of affirmative action.

While many believe that caste-based discriminations do not concerns cities where most companies are located owing to a cosmopolitan and a multicultural outlook. More importantly, companies adhere to strict assessment of performance and credentials above all diversity pointers. Hence, merit does matter for corporates, but considering merit alone is a flawed idea to begin with, as merit can only be established through equity. Affirmative actions are less about economic mobility, and are more about social acceptance, which cannot be achieved by merely getting employment in MNCs.

Caste-based discrimination can be erased through the intermingling of castes and religion. Caste hegemonies are prevalent practices even in cities.

The matrimonial section that appears in the classifieds in the newspapers on Sundays is proof, where everyone is seeking brides and grooms from their own caste, in spite of the irrelevant disclaimer ‘caste no bar’. Similarly, one needs to unconsciously practice overlooking the issue of caste as we rarely would have friends, peers, and partners from a different caste. These simple observations say a lot about the invisible nature of caste in urban spaces, which is not organic but done deliberately. This is similar to the meritbased flawed logic that was internalised in us since childhood. In a recent column in The Indian Express, Varun Grover writes how confirmation bias works, “…if you do a google search of cases of medical negligence in India. Run a castestudy on these negligent doctors. Many, if not most, names that turn up are of private hospitals owned and populated by savarna doctors.” He emphasises that in such cases of negligence, the upper caste (savarna) doctors are not considered incompetent, “But you have been constantly fed the idea that all Dalit doctors lack merit by anecdotally citing cases of incompetence by them” (The Indian Express, 2020).

Corporates: A long way ahead

Moving away from the societal instances, let us focus on how the corporates are faring in terms of caste-based diversity. In another article in The Huffington Post, Ms Dhanaraj and Prof. Bapuji cited a research paper titled, ‘The role of caste for board membership, CEO, and interlocking’ from the Indian context (HuffPost, 2020). The study revealed that the company board in India are not diverse and most directorial positions are dominated by one caste, and surprisingly, the CEO is also recruited from the same caste. To look at it from a theoretical lens, Herbert Simon, in his book, Administrative Behavior, talked about human cognition, where it is observed that while making decisions, corporate executives conduct themselves in the same way as they do in their private life, hence it corroborates Simon’s theory with the study on diversity among board members in the Indian Inc. We do not need algorithmic analysis for us to understand that there is hardly any caste-based diversity in the corporate sector.

Given the exploratory and observational instances, corporates, while devising their DEI policies, must now consider caste as an important indicator for encouraging people from diverse castes to be able to apply for jobs. While this may not be a fullfledged solution to a historical problem, affirmative actions, however, must be executed in every possible corporate decision-making process, because if not for diversity, there is no innovation and growth. Corporates should not consider castebased affirmation a matter of taboo, as the problem is largely prevalent, and a progressive deed can set a remarkable benchmark. Hopefully, in the coming days, when there are design thinking sketches floating online, it would be good to see castebased issues drawn upon and resolved for the greater good. 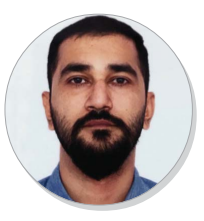