The Lost Art of Mentorship

An organically arising mentoring relationship delivers more bang for the buck, given that it is not something that has been mandated as a deliverable by the organisation and subsists because of a relationship.

If you ask any thoroughbred professional to list the top three critical factors in their achievements, there is a very high likelihood that they will mention a mentor among them: an experienced person who played the role of a trusted advisor as the professional navigated the route up the corporate ladder.

Even though many professionals enter the corporate workplace armed with protective armour in the form of bachelor’s (and often, master’s) degrees, these are not enough to fend off the vagaries that arise in the competitive landscape. What then assumes paramount importance is the comforting and guiding support of a leader who has, as they say, “been there, done that.”

This isn’t completely surprising. After all, the importance of a guide cannot be emphasised enough. This is not to say that the presence of a mentor will ensure that the sun will shine brightly, a path of roses will magically appear before the fledgling professional, and lilting music will play in the background, even as they score victory after victory.

The corporate environment is not a predictable one by any standard. Both internal and external dynamics play a defining role in the ever-changing direction that businesses need to take on a daily basis. Many leading organisations have, therefore, put in place a “Management Training Program” or an equivalent for the young professionals to get them familiar with the multiple work dimensions and set them off on the right footing. Some of the more forward-thinking ones created a “Mentor-Mentee” program that extends beyond the initial joining phase and plays a formative role for mid-level managers, with the aspiration to strengthen their capabilities and prime them for more senior roles.

Beyond this lies the organically arising mentoring relationship, where a senior leader (usually a boss) assumes the role of a mentor for a professional because the two develop a rapport and comfort after having worked together for some reasonable amount of time. This, in my humble opinion, is the one that delivers more bang for the buck, given that it is not something that has been mandated as a deliverable by the organisation and subsists because of a relationship. There are no reports to fill, and no “activity completed” markers to update, but there is a strong will to learn and an equally powerful will to contribute to the other’s development. A relatively well-established feature of corporate environments of the past, I see the role of this organic mentorship as a (sadly) dying art. The reasons, to hazard a few guesses, would be:

◆ Shorter tenures in roles where either one of the two potential partners moves out before the working relationship reaches a level worth translating into the mentoring format.

◆ Fast-moving career tracks that have individuals with younger ages and experience gaps playing the manager and subordinate roles, which may not lend well to a mentoring relationship.

◆ The emergence of qualified “coaches” who come with the specialised knowledge and scientific   tools to add qualitatively to someone looking for professional growth.

◆ In light of today’s business reality, professionals’ focus gets limited to the current month (or quarter, at best), and they lose sight of their own long-term growth requirements.

◆ At a time when all professionals are at the razor’s edge, devoting mind space, energy, and time to another’s development is an agenda item that gets dropped easily.

Whatever the reasons, the fact is that organisations are at a loss due to the diminishing presence of this ad-hoc mentoring process. While management books and corporate SOPs have more than enough content, there is no greater tutor than experience. When shared by a well-intentioned guru, experience brings in the element of protection alongside the facilitation of growth. In a world that is dynamic and challenging, given the pace of changes all around us, this is something that anyone at the receiving end of mentoring will treasure above all else.

For those who are keen to be mentored, as you open yourself up for mentoring, you should, however, also be cautious and avail of the support in a measured way. Treat it like a limited-serving appetiser and not a water fountain to be drunk out of. In other words, accept the mentoring and savour it, but combine it with your own beliefs and thoughts as you take further action.

And for those critical leaders or mentors, without whom the mentoring can never take place, treat it as your noble deed or meditation, even. It may be your best way of giving back to the very company or industry that helped in your development. The art of mentoring is disappearing. The chance to recharge it and help future leaders is in your capable hands. 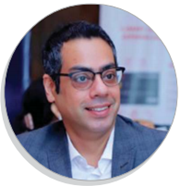 SHARE
Vikas Dua is an accomplished HR and recruitment professional with over 15 years of experience in the field, having worked with both start-ups and large corporations like Wipro, Concentrix and Startek Aegis, driving hiring in the APAC region. Currently, he is Chief HR Mentor at Attayn.co—a disruptive HR Tech firm working on enhancing and democratizing knowledge sharing in the academic space. A TEDx speaker, Vikas is also an active Vlogger and Blogger, who shares insights under his selfdesigned 'HR in my Heart' brand umbrella.