The 'What' And 'How' Of Business

While the zealous focus by companies towards acquiring talent and leveraging their skills to the fullest is evident, companies falter after this juncture since they believe that merely hiring someone appropriate for the role will get the job done.

The fundamental purpose of every business is to provide value to its customers. Once ‘what' that value is and 'how' it will be generated has been conceptualised, it then boils down to getting the right people. Ultimately, it is the people who make the value come alive: first within, and then outside in the marketplace. It is no surprise therefore that most companies recognise the importance of having a sound talent team in place, especially at middle and senior management levels. This is evident in the zealous focus they have on acquiring talent and then leveraging those skills to the fullest. However, it is my belief that companies falter after this juncture. They believe that merely hiring someone appropriate for the role will get the job done, while I would contend that it's a job well begun, but only half done.

Given today's times, it is imperative for large organisations' , middle and senior level leaders to realise that the most crucial role of a leader is to develop more leaders. That is the only way organisations can succeed and win in the middle and long term. However, the reality is different. You may have observed that many mid-level managers and senior leaders spend disproportionate time utilising and honing the functional skills and capabilities of their teams, but spend hardly any in developing their leadership potential. Which is why it is easier to find managers who are domain experts, but tougher to find those who are good people developers.

While this may be contested by some who may even argue that given the sheer demands of work, they are doing a good balancing act of building people and driving business. How else would it be possible for them to drive their teams to consistently perform, even outperform? They are great believers in giving the periodic pep talk. They also work with and/or handhold their teams and not just blindly delegate everything. Some would even contend how they make sure their teams attend trainings and conferences on a periodic basis to up their knowledge and skills. While all the above is necessary, it is insufficient, because there is a difference between managing people and developing them. Managing gets the work done, while developing gets growth - both for the individual and for the organisation.

Is HR not responsible for developing people?

The obvious answer lies in deputing this task to the Human Resource function. While this is not wrong, it is my view that development is not the sole responsibility of HR. Indeed, they should play a vital role. First and foremost, HR is responsible for creating a culture where leadership development is seen as a priority. It should make visible opportunities that exist for people development across various streams of the organisation. It should actively engage with leaders and supervisors to implant and sustain the relevance of building talent. It can acknowledge and give due credit to those who are embracing this.

However, to help employees achieve their full potential, HR requires the commitment and partnership of the supervisors. This is because, given the frequent interactions they have with the teams, supervisors are best placed to know their aspirations, capabilities, and development areas. Supervisors will also be the right individuals for assessing their progress and guiding them to become better.

This may seem as an added burden to the managers. On the contrary, I have witnessed that when the leadership builds leaders, work gets done better. Furthermore, it is in the supervisor's own interest to focus on their team's development. Enhanced capability and better emotional intelligence of employees imply that supervisors can spend lesser time guiding and sharing feedback. Their bandwidth can get released from running daily business chores, allowing them to do a whole lot more, like meeting new people to gain fresh insights, grasping new technology, networking, keeping a tab on non-traditional competition and taking up new projects, all of which enrich them as well as the organisation.

At this juncture, it is important to acknowledge that even if the supervisors themselves realise the benefits of developing their teams, they may not be equipped to turn this intent into action. Again, HR can pitch in. It can share best practices and recommend relevant learning and training programmes. It can periodically track progress and alleviate concerns that come along the way. Understandably, the art of learning how to groom leaders is timeconsuming, given that it requires supervisors to work for months - sometimes years - and have genuine empathy for their people. Knowing when to empower and when to direct, when to challenge and test their team, and when not to rock the boat - these skills cannot be learnt overnight. But once acquired, the efforts will pay off handsomely.

When leaders are just as passionate about developing their teams as they are about their line of work, simply put, magic happens:

-They feel a stronger sense of affiliation with the organisation

-They are more likely to find solutions to people, process, or resource issues on their own. This effectively leads to an organisation that not merely comprises of smart and competent people, but one that is also motivated, efficient, and has a ready pool of talent grown from within to take on senior roles in future.

The flipside though, is also true. When managers fail to take care of their people, it hurts the organisation in the medium and long run. Employees do not feel energised. Monetary incentives are necessary to be doled out more often. When employees do not feel valued, the good ones are bound to leave. Often the cost of attrition is hidden. Many organisations keep a tight control on costs otherwise - rein in departmental budgets, keep a vigilant eye on margins, keep looking for ways to reduce operational expenses, and so on. But these organisations may sometimes not recognise the cost of losing their talent. Organisations must believe in the importance of developing their people. When supervisors and leaders consciously grow their teams, the entire organisation creates better and more long-lasting value for its customers. 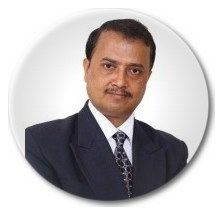 SHARE
Shailesh Singh is Director & Chief People Officer at Max Life Insurance. He wields a near about experience of 26 years and has worked in multiple HR leadership roles in GE Energy, GE Supply-chain, GE Capital, SRF Finance, Eicher Tractors and National Dairy Development Board (NDDB). In his last role, he worked as Country HR Leader for GE India Supply-chain. Shailesh is a Graduate from Delhi University and a Postgraduate from IRMA, Gujarat.