With the pace of change happening around the world, every leader needs to learn from experience and gain expertise. Moving out of comfort zones and exploring unexplored areas is the best way to develop oneself as a leader.

A six-year-old boy was struggling to learn number names. He was studying in the first standard in an Indian school. He was very good at counting and, in fact, exceptional at addition and subtraction, which was not even a requirement in school for that age. One day, his mother noticed that her happy little boy was not so happy that week. She tried to find out what went wrong and saw one notebook in his bag that he wanted to hide and not pick up. That was not very usual, either.

The mother was curious and asked what notebook it was. The little boy said it was something he didn’t want to show her and work on. With a smile on her face, the mother asked why he did not want to take that notebook out. He started crying and hugged his mother. Then with a soft voice, he said, “My teacher wanted me to match the number names to the numbers”. “I know you like Math. So it would have been easy for you”, said the mother. “No, it is not. I was the slowest in class. Even before I could match three number names to numbers, my friends in class completed it. So, my teacher asked me to take it home and complete it”, said the little boy in a very low tone. He seemed unhappy with himself not being able to complete his work on time.

The mother asked him to show her the notebook and looked at the incomplete work. He was supposed to match the numbers to their names. On the left side of the page, there were numbers, and on the right side of the page, there were number names. There were ten numbers and the respective number names, all jumbled up on both sides. She knew that her son was upset with himself for not completing the work, and he would once again be his normal self if he could complete it. But he seemed to be thinking that the work was very difficult, and he would not be able to do it like he does many other number-related activities.

“Do you want to try it now?” asked the mother. The boy looked terrified and said, “No, it is difficult. I can’t.” She asked him if he wanted to learn how to do it, and he nodded his head affirmatively. “Then, you have to come and try”, said the mother. Though not very willingly, he agreed and started doing it. He looked at the number 7, which was the first number, and started to read the number names on the right side, one by one. By the time he came to the third number name, he had forgotten what number he had to match the number name with. Once again, he started, and then he was struggling to do this because he was not very fast with reading the number names and could not match the number to it easily.

The mother asked him what he was expected to do, and the son said that he had to match the numbers with number names. “Do you have to do it left to right only?” asked the mother. His face brightened up. “No, that is not required to match the following. I could do right to left as well!” said the excited son. He tried to read the number name that was listed first, on the right side this time. It was “Eight”, and his eyes quickly moved to the left side and found the number 8 and matched it to the name. He then moved number name after number name, made a couple of mistakes, and corrected it himself very quickly. He completed the work that had terrified him earlier and was so happy about what he learnt that day. His confidence level was once again normal, and he was excited about the next day of school, where he could showcase how efficiently he could match the numbers and names.

The mother taught an important lesson to her son—Ditch the Default:

2. Rely on strengths; and

In today’s world, leadership is no longer associated with just power and position, but more with expertise. With the pace of change happening around the world, every leader needs to learn from experience and gain expertise. Moving out of comfort zones and exploring unexplored areas is the best way to develop oneself as a leader. The lesson taught by that mother is an instrumental leadership lesson to build entrepreneurial leaders within organisations. 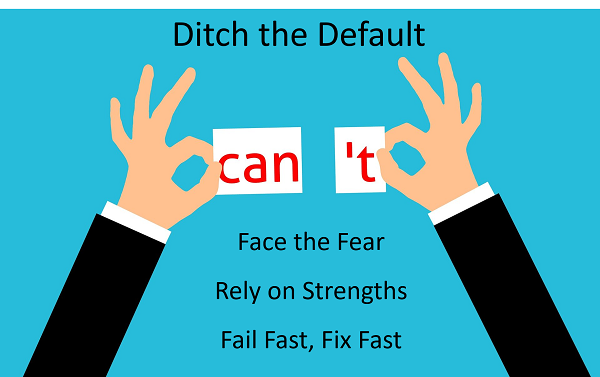 Organisations can nurture young experts and build effective leaders of the future by giving the confidence to ‘ditch the default’ by:

•  Creating opportunities for them to move out of comfort zones;

•  Enabling them to realise their potential; and

•  Standing by them when they fail and fix it fast. 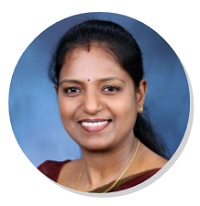 SHARE
Swarna Sudha Selvaraj is the Head of Talent Development for TCS Europe, UK & Ireland. She is a vibrant HR leader with over 17 years of work experience gained from association with Tata Consultancy Services and Murugappa Group of Companies. Swarna has been with TCS since September 2006 and has led the Learning & Development function for Banking & Financial Services-the largest Business Unit in TCS, Chennai region. She also has experience in managing the Learning Platform and Learning Content functions. Swarna has been recognised as an 'Emerging Training Leader' for the year 2015 (a global recognition from Training Journal, USA).