Change Leadership During Merger Of PSBs

Change in the context of the current merger of banks is a complex process, and leaders need to note that banks are social systems, where employees have identities, relationships, communities, routines, attitudes, and emotions.

On August 30, 2019, the Government of India announced the mega-merger of 10 public sector banks (PSBs) into four, and hence made way for the creation of next-generation PSBs with reportedly stronger balance sheets and bigger risk appetite.

The observations and enthusiasm of market analysts to such an announcement is leading to skepticism. The time taken to reap potential benefits is something that needs to be scientifically examined. However, the immediate turbulence in the banks may take a real toll on the economy.

There are two prevailing views among the top bankers:

◆ That the merger move demonstrates the lackadaisical approach of policy planners

◆ That the consolidation should have been a gradual and calibrated exercise

Further, merging the ten PSBs into four in a single stroke raises several questions. Such merger announcement triggers confusion, anxiety, and insecurity in employees, which might lead to a slowdown in the business. Sudden destruction of decades-old brands will result in widespread dismay. These new amalgamated banks must in fact learn how State Bank of India had managed change issues, successfully and smoothly, when it merged five of its associate banks. To make the merger process easy, smooth, and comfortable, following measures may be noteworthy.

Ensuring that there is no leadership vacuum in anchoring banks. The current heads of anchor banks must have a minimum of 3 years to avoid uncertainties in managing the transformation and to enable the Chief Managing Directors to develop the leadership pipeline.

The need for recruiting competent professionals from the market in the key areas of technology, HR, L&D, leadership development, and risk management, in which PSBs are grossly under-equipped.

The fear that this merger wave impacts fresh hiring needs to be alleviated. Proper methodology should be in place for recruitment and training of front-line staff and special cadre officers such as experts.

Change in the context of the current merger of banks is a complex process, and leaders need to note that banks are social systems, where employees have identities, relationships, communities, routines, attitudes, and emotions. Thus, leaders must take into cognisance as to how change will conflict with the existing system, individual routines, and patterns of behaviours in the organisation. There are three aspects and categories that employees typically fall into such as the rank and file, change resistors, and change agents.

The rank and file are likely to exhibit a spectrum of reactions to such a change. How different people respond to change are being understood in terms of change conservers, change pragmatists, and change originators. Conservers are people who prefer change that maintains the current structure.

Anchoring and amalgamating banks are required to quickly identify the potential change resistors who undergo pain and loss which is absolutely a natural process.

Neutralising their resistance and enrolling them into process of change is key to successful change management. Explaining the urgent need to change, describing how change will produce benefits for them, and finding new ways in which they can contribute.

Identifying a pool of change agents is the responsibility of anchoring and amalgamating banks. Change agents see the need for change and articulate it effectively to others. They are critical catalysts for change initiative.

There is a compelling case for leaders of banks to learn and master change leadership mantras during mergers of mega banks, and must keep the following pointers in their mind:

1. Leaders of banks need to address issues of change at all levels, till the integration occurs between anchoring and amalgamating banks.

2. Senior leaders of banks need to hone affect and cognitive skills in order to facilitate change.

3. Top management teams of banks must understand that people issues are central to integration of anchoring and amalgamating banks, and people skills such as nurturing, persuading, influencing, enthusing, inspiring are necessary rather than command and control method.

4. No single person can become the driver of change in any bank. Similarly, there cannot be any single strategy for change. There is always a "mix" and hence "discussion" and "debate" are a must in the change effort.

5. Leaders need to get conviction that in every organisation in general, and any bank in particular, there will be a few "initiators". They do not hesitate to take the first step. There will be several "laggards" too. Usually they are lazy and laid-back. They prefer to criticise every now and then, rather than contribute. They are frequent faultfinders. They are good at giving excuses. They manipulate. Sometimes they may even sabotage.

8. Leaders of anchoring and amalgamating banks must have optimistic view that merger is a positive step towards growth.

9. Creating a new culture and integrating employees into the same is the essential challenge and leaders can address this challenge by creating a pool of internal change agents who are positive, optimistic and articulate. Teams can be formulated with the fair composition of leaders consisting of anchoring and amalgamating banks to understand differences and similarities of anchoring and amalgamating banks.

10.The integration of human resources would score high focus in the amalgamation of banks when compared to integration of technologies, systems, policies. 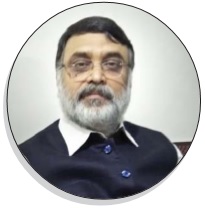 SHARE
Dr. K N Viswanatham is Senior Faculty Member, State Bank Institute of Leadership, Kolkata. He comes with an experience of more than two decades in teaching, training, consulting, and research. Dr. Viswanatham has a Master's degree in Psychology from Andhra University, and an M. Phil & PhD in Clinical Psychology from NIMHANS. He can be reached on [email protected]