The Bonfire Of Vanities

Culture has witnessed an evolution owing to the influx of young talent at the Founder/CXO level. This has transformed into a 'culture of collaboration' where individuals thriving on belittling subordinates, need to rethink their ways of working.

It is always good to complement one another occasionally as a gesture of kindness. It is essential to compliment fellow humans since such appreciation encourages them to work harder. However, superfluous compliments appear to be overtly courteous and hollow. Therefore, it is essential that organisations make a structured effort to train employees with the art of giving feedback. Although the concept of feedback appears as simple, it requires to be delivered tactfully.

Among organisations, feedback exists in extremities-either through overt praises or blatant criticism. And both of them do not enable the creation of a ‘performance culture’. The notion of praise is linked to a feudal culture; one with a strict social hierarchy that streams from unrelenting followership and social validation. When feedback to subordinates are often grilling, rude, and less humble, it reinforces a ‘ruthless culture’- synonymous with the corporate world. And until today, it was something that organisations prided themselves in. However, with the influx of young talent at the Founder/CXO level who disregard the rudiments of vanity, culture has witnessed an evolution. This, in turn, has transformed into a ‘culture of collaboration’ where individuals thriving on belittling juniors and subordinates, need to rethink their conduct and ways of working.

Future of work is ‘collaboration’

The collaborative setup works on the principle of openness. Here, goals are clearly defined sans any hierarchy, and individuals are expected to provide detailed and constructive feedback to their team members as part of their critical task. People who worked in a traditional hierarchical setup might find such a collaborative culture a bit overwhelming and ambiguous. However, there is a method to the madness. Collaborations are fruitful when everyone is amenable to the terms, and therefore, works in a flat and Holacratic structure.

Feedback is not Criticism

Criticism and critique are starkly different. Criticism is merely pointing someone’s shortcomings without the substance of an argument, whereas, critique is all about finding the way forward to progress further. Thus, Feedback needs to be critical and constructive. Feedback should improve one’s performance, or at least should allow one to introspect on their abilities. Therefore, good feedback requires that the provider don the hat of a coach. A coach’s job is not to merely advice, but to engage with the client (feedback receiver) and encourage her/him to deliver smart actions. These smart actions are a result of immersive sessions with peers and juniors revolving around key objectives and deliverables. It mainly works in a transparent environment, where individual progress and team goals are apparent.

The days of pushing the blame of a failed target onto the juniors or peers are disappearing. The future of performance management is collaboration, where individual performance is directly linked to the team’s performance and strategic goals of the organisation. Hence, organisations that put the team ahead of individuals can anticipate inculcating such a culture among its employees. It is not surprising that even a fresher entering an organisation in a few months down the line would be expected to mentor his juniors as part of her KRA.

In all these, HR would be playing a vital role in creating a culture which thrives on collaboration, where being critical to each other’s tasks without getting pushy and personal is considered normal. Irrespective of seniority and experience, employees must complement each other’s work. While it sounds simple, it is difficult to execute and maintain in the longer haul. However, when such a culture unsettles the organisation, it would at least bring about transparency and teamwork at the forefront. More importantly, it will acknowledge the fact that ‘organisations are bigger than individuals’! 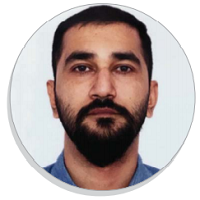