The Low Road To Business Alignment

HR managers are told to think like CEOs and not focus too narrowly on the specific tasks that form a part of their function. And such exhortations leave many conscientious managers confused and inadequate.

HR managers are often asked to align themselves to the business of the company they work for. And this ‘strategic alignment’ is supposed to be their ticket to the high table in the CSuite. They are told to think like CEOs and not focus too narrowly on the specific tasks that form a part of their function. And such exhortations leave many conscientious managers confused and inadequate. They feel that they should be doing something they are not currently doing, but are unsure what it exactly is.

Some of them resign themselves to live with this inadequacy, while others start recommending cost cuts and headcount reduction under every head. The latter reason that since the business exists to make profits, they must continually add to that by reducing every expense they control. There are others who believe that the way to align with the business is to express all their achievements in the language of money. This can go to strange lengths:

♦  The cost of hiring a new employee

♦  The cost of every hour of training organised and so on

One has seen a new performance appraisal system being championed by highlighting the notional savings to the company, arrived at by multiplying man-day reduction with the average salary of supervisors.

The limited value of these efforts at alignment is obvious. Relentless cost reduction in the HR function may repel talent and also reduce the quality of vendor-provided services. Similarly, using moneybased metrics may create a false sense of monetary benefits. In the case of the performance appraisal method cited above, the real problem lay with the seniormost echelons of management who did not do performance appraisal of, or provide feedback to, the people reporting to them. So, implementing the new ITbased solution was like rearranging the deckchairs on the Titanic!

The problem of business alignment

In large companies, the problem of business alignment is not confined to HR alone. Boards fret about aligning the C-suite to the goals of the shareholders and the top management struggles to translate those into goals for their respective teams. In some ways, this problem is as old as the concept of the large corporation itself. The first reference to the Principal-Agent problem, where the shareholders (or Principals) have to ensure that their interests are served fully by the managers (or Agents), goes at least as far back as 1976 when Michael C. Jensen and William H. Meckling published their seminal paper on the theory of firms in the Journal of Financial Economics. There is a huge body of research on this vexatious subject. This is not the place to summarise all of it. One can respectfully refer to that as the high road to business alignment.

Instead, let us talk of the low road to alignment with the business. One pragmatic way of doing that is to meet one’s job requirements. This may seem like a silly thing to say, but usually, one’s job description is not what one was told or what exists as a written document. As Peter Drucker has mentioned emphatically, each manager has to actually discover his or her real job description, and then decide what needs to be done to become better at that job. Drucker recommended keeping a detailed work diary for a few weeks to see what exactly one is expected to do, however small and unrelated. Once all that is classified and compiled one has one’s real job direction. One can choose to negotiate an alternate job, but if that is not possible one has to find ways of effectively meeting these real job requirements by building the right team, acquiring the right skills, and negotiating the acceptable transfer of certain responsibilities. When done diligently, this exercise always generates surprising insights. An HR manager who meets the real, albeit undocumented, expectations of her job is in effect better aligned with the company at large.

As Peter Drucker has mentioned emphatically, each manager has to actually discover his or her real job description, and then decide what needs to be done to become better at that job.

The other, equally lowbrow, way to cement alignment is to carefully note what matters - directly or indirectly - within the control of HR are discussed during business reviews, and use this compilation to prioritise action. In one such review, for instance, one came across the mention of unreplaced exits, unapproved expenses for travel and stay in new geographies, and poor performance from new recruits. The improvement actions suggest themselves: proactive hiring, creating partner agencies for short-term resource augmentation, analysis of the sales plan to fill gaps in travel and stay rules and beefing up of orientation and make-up training initiatives. Communication of actions, as they are taken up and completed, to the right business managers is an equally important part of the actions themselves, so that these issues do not figure in a negative sense in later reviews. In a nutshell, the success of HR here is to become invisible in business reviews.

The final recommendation in ensuring that the alignment is more delicate and can be carried out only after credibility is established by some success in the two initiatives mentioned above. This has to do with the gradual push of more of the so-called HR work to line managers. If they can be persuaded to take pride in taking care of their staff through participation in hiring, training, goal-setting, appraisal, feedback, recognition and team bonding, alignment is assured at the source.

Usually, there are some managers more open to this than others, and that is where this change has to be initiated. Once a critical mass is converted, the change takes on a momentum of its own. This cannot be seen as abdication and must be accompanied by preparing and nudging the managers and also supporting them with the right policy frameworks.

As mentioned earlier, very often, the lack of alignment springs from a false understanding of one’s real job, coupled with a reluctance to offload the tasks one controls. There is the added burden of the desire to look good within the HR community by doing all that the other HR managers are supposedly doing. All these are, luckily, matters of choice and can be managed by the individual manager.

In the end, alignment involves two parties. One has discussed what HR managers could do but there is also a lot and even more foundational set of actions for CEOs. That discussion will have to wait for a later occasion. 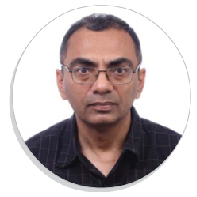