It is critical to identify and understand one's mindset because, in order to be successful, one must be self-aware of the mindset to which they subscribe.

Carol Dweck , Professor at Stanford University and the author of Mindset–Changing the Way You Think to Fulfil Your Potential, says that leaders approach problem solving with two mindsets. Someone with a fixed mindset when stuck with a problem will assume they have reached the limits of their abilities. Whereas, Growth mindset propels people to try out different option of solving the problem. Predicting what the future would require is an impossible task, so leaders must equip themselves with strong portfolio of future ready skills in order to keep responding with dynamism and insight . Growth mindset is one such skill. Both these mindsets tend to remain subconscious and unacknowledged by the person. There is a large body of literature indicating the impact such mindsets have over the way people perceive and interpret the qualities of individuals, groups, and the world around them. For instance, at the individual level, mindsets impact motivation, academic achievements, procrastination, and other outcomes differently.

When encountering setbacks, for instance, people who view their intelligence as fixed tend to attribute failure to the lack of ability and would react by feeling a sense of helplessness, withdrawal, or being petrified. Yet, people who view their intelligence as malleable tend to make fewer helpless attributions and to invest greater effort or change their approach in response to failures. In particular, it seems that these two mindsets set up different frameworks or ‘meaning systems’ that guide people’s attributions and behaviours. For instance, growth and fixed mindsets about intelligence influence academic performance and self-esteem through a network of goals, beliefs, and strategies that stemmed from these beliefs. It has also been proven by Research that internalisation of growth mindset buffers a negative consequence that people with low socio-economic backgrounds and minorities suffer in school.

It is critical to identify and understand one’s mindset because, in order to be successful, one must be self-aware of the mindset to which they subscribe. One who employs the Growth Mindset believes that life requires continuous learning, and that failure is a critical and necessary component of that learning and selfdevelopment. It is the deep belief that mastery, talent, and ability is developed over time through perseverance, grit, and hard work.

Interestingly, evidence shows that it is possible to shift from a fixed mindset to growth mindset. Microsoft is a good example of what happens to an organisation when it adopts an altered mindset. Microsoft has reworked on its culture by adopting a Growth Mindset. Satya Nadella has popularised the concept of Growth Mindset when he took over as the CEO in 2014. Microsoft had come up with a framework to implement and practice this organisationally, and the culture was changed from “know-it-all” to “learnit-all”. In fact, it got reflected in the mission statement of Microsoft, “to empower every person and every organisation in the planet to achieve more.”

What can other organisations learn from this especially in challenging times due to the pandemic? When the entire company embraces a growth mindset, their employees report a feeling that is far more empowered and committed, and experience a greater advantage in the event of stressful situations. By seeing the world through the lens of growth enables in steering away thoughts from the negative focus back to the positive. They also received far greater organisational support for collaboration and innovation. In contrast, people at primarily fixed-mindset companies focus more on looking smart report more of only one thing; cheating and deception among employees, presumably to gain an advantage in the talent race.

Growth Mindset is a useful and handy framework that organisations can use in the current times. Instead of stressing over problems, employees can use growth mindset to see opportunities for improvement. While there will be stressful situations, growth mindset will make employees feel empowered to respond in a positive and constructive manner.

Is it easy to adopt a growth mindset? No, it is not. Carol Dweck explains, ‘we all have our fixedmindset triggers.’ When one faces criticism, negative feedback and disappointments, there is a tendency to become defensive and insecure, responses that inhibit growth. Our organisational cultures will also comprise of fixed-mindset triggers. In order to grow and develop, we need to identify and work on these triggers. It is hard work, but individuals and organisations can gain a lot by deepening their understanding of growth-mindset concepts and the processes for putting them into practice. It gives them a richer sense of who they are, what they stand for, and how they want to move forward. 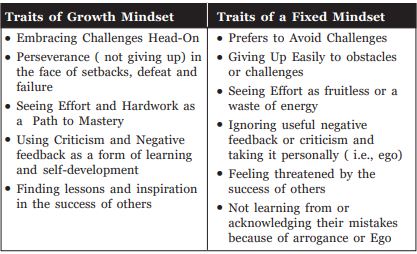 To summarise, an important thing to remember in these times is that hard times are temporary. Adopting a growth mindset to see failure as an opportunity to learn and get better can help when faced with challenges. In a fixed mindset, everything is about the outcome. If you fail, it has all been wasted. The growth mindset values what you are doing whatever the outcome. Remember, challenge and failure are necessary to learning, self-development and growing as an individual. 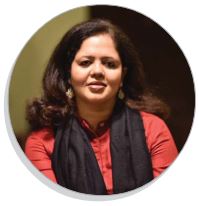 SHARE
Dr. Manavi Pathak is Head - Talent & Leadership Development at Trent. She has professional expertise in area of Talent Management, Learning, Leadership Development & Executive Coaching. She has extensive experience in leadership and consultancy with global industry players across industries, PSUs and education/ social sector. She has been associated with Human Capital for the last 10 years.