Overcoming The Sombre Path To Failure

It is the onus of the HR leaders to run through Psychometric tests and related interventions in the organisation that ensures holistic health and development of their human capital.

Stressful situations, strained relations, and the buckling point at which one gives in to the challenges in life and chooses the path of self-immolation is indeed painful. While it is tragic for the one who succumbs, it is equally horrendous for those who come to face with such disturbing news. As for the family members of the deceased, it is the most horrible experience to live with for the rest of their lives.

We have witnessed people who seemed to be bearing a strong personality, to whom the masses looked up to for inspiration, have ended their life suddenly. They leave behind several unanswered questions, and thereby, seed the doubts of existence deeper in the minds of their followers. Yes, life is very fragile and one should never take things for granted. You never know what your colleague could be going through in his/her life.

Often, your family, friends, relatives, colleagues, and your Boss would be engrossed in their own hustle. Also, discussions on mental health remain to be taboo even today. In our society, voicing a concern is seen as complaining, and sharing agonies is seen as a sign of weakness. Therefore, most people lose their natural self over a period of time, and hence, begin living off-grid.

Absence of freedom of expression

In the corporate arena, very few companies carry the culture wherein the freedom of expression is valued without any insecurities.

Though most of the corporates have Psychologists empanelled with them as consultants, employees do not reach out to them for assistance. They dread that they would be mocked by their colleagues.

despite assurances of confidentiality by the counsellor.

It is observed that very few organisations have the maturity to acknowledge and accept the emotional challenges of their people, and offer genuine help. For a ‘Boss’, firing people could be the easiest thing to do. However, you never know the extent to which you could be pushing someone to the edge of their life when you snatch away their livelihood. To all those overly critical people - life is not all black and white. There are different shades to it, and people experience a wide array of emotions as per the given situation and the changing times. One should remember we are mere particles in the flow of time and not absolute authorities, no matter what our ‘designation’ is in the family or the organisation.

Currently, the only difference between a Man and a Machine is ‘emotion’. Considering the current pace of progress in the field of Artificial Intelligence and Machine Learning, it appears that even this uniqueness will be an attribute that will be undertaken by Machines. Everyone commits mistakes. The most important thing is whether one has realised their short-comings and is making efforts to improve and move on. As friends, relatives, and colleagues to someone who needs a helping hand, we need to be sensitive and mature enough to avoid overly judging people.

Whether it is stress owing to our own mistakes or because of the things done by someone, it is observed that we will be unable to live in peace if the people around us replayed and constantly reminded us of the disturbing events of the past.

The ‘Forces’ of Life

As per Applied Mechanics, ‘Stress’ is Force upon Area. The force that we experience in our daily life is, in fact, various energy transactions in every situation. In other words, these are the various shades of our emotions. The more localised the force, the more intense the stress. For instance, if one has gone through a traumatic experience in the past, and the event is replayed on repeat mode, either by oneself or the people around on a regular basis; this makes disturbing emotions (force) to become immensely localised i.e. related to a particular situation or experience. This cyclic and repeated turmoil of emotions cause a fatigue that things get unbearable over a period of time.

In cases of high depression, the world (area) is shrunk to only those people associated with the trauma/disturbance. Within no time, even these disturbing people fade away from their mind, and what clutches them very firmly is only the hard-hitting painful bursts of emotions, which becomes so paralyzing that it presses one brutally to question if it is really worth living a life of such quality!

And thus, the sooner one gets professional help, the better are the chances of coming out of such a dangerous phase of depression. It is noteworthy that when one is around such people, one must exercise due caution to ensure that the past is not replayed since it will trigger an avalanche of highly disturbing emotions in them. Discussions on achievements, failures, morals, status symbols etc. can be shoved away till the person is able to negotiate such things as a normal being. Hence, the biggest help you can do to anyone struggling with depression is to connect them with a well-qualified Healer.

Few ways to spot people who could be on the verge of going off-grid into depression, in your own team/ family:

1. Such people are overly conscious about being judged by others. They become their own fiercest critics in everything they say and do. In fact, it is the voice of the people who had strongly criticised them in the past and were taken very seriously by them, which is why it has now become their voice of self-criticism.

2. As they live in the constant fear of being criticised, they obviously would try to avoid social gatherings. Also, because their voice (ability to speak out their mind) would have got suppressed by repeated experiences of stress, it would be an uphill task for them to even get ready and move out of their house to work in the real world.

3. Most likely, they would have frequent mood swings, and hence, they would latch on to some sort of habit, without which they cannot function normally. Most probably, it could be some substance abuse.

4. They would always want to be in the good books of all, as they are highly doubtful about their ability to fight back in case of any confrontation.

5. They would have fragmented speech and disarrayed thought process. However, by appearance, they may seem quite normal. Also, they would try to laugh a lot even in case of unexpected instances.

6. They would be trying to change the team, company or place very frequently, as they get very uncomfortable when people come closer to them over a period of time. It is basically their fear of facing people and their criticism, manifesting in different ways.

7. They would not appear to be their true self, as they would have to always act to somehow get the acceptance of people around them. Passing through every day would be a big struggle for them.

8. In few highly critical cases, they would hear and see things which would exist only for them in their own world.

In this age of social media, whether we like it or not, most of us are in constant limelight, either for personal or professional reasons. And, more is our material needs, more is the urge to outsmart others. The reason for one’s stress could be anything. It is unlikely that one would get professional help from their family. Hence, it is the onus of the HR leaders to run through Psychometric tests and related interventions in the organisation that ensures holistic health and development of their human capital. 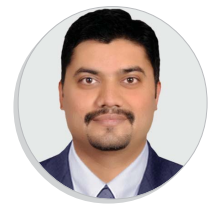 SHARE
Keshav Sridhar is a HR Consultant & OD Specialist. A seasoned HR Professional, he wields an experience of 15 years and has worked with Google, Partygaming, Aditya Birla Group, BITS Pilani University etc. Keshav holds a degree in Mechanical Engineering and a Post Graduate Diploma in Human Resource Management. He can be contacted at [email protected]