The ABC Of Executive Effectiveness

There is a compelling case for senior executives in today's organisations to get an understanding over cognitive fitness and adequate emphasis should be given not only to physical fitness but also to cognitive fitness.

Neuroscience has made its foray in the domains of Management, Leadership Development, and Executive Education. Brain research has brought about a momentous and a paradigm shift, and has enabled us to understand the functioning of the brain in great depth, and it also includes cognitive fitness among executives.

Executives are burdened with work pressures, performance, and fulfilling KRAs, and therefore, it is equally important for them to develop an awareness of ABC (Affective, Behavioural, Cognitive) processes of Executive Effectiveness. Affective and behavioural processes have been given enough importance for a long time, and these aspects are generally taught in Executive Development programmes. Since the recent past, adequate attention is being paid to the subject of “Cognitive Fitness” in Executive Education programmes in global business schools. Therefore, it becomes important to get a broad understanding of cognitive fitness.

With increasing ages, a decline in the physical abilities of the executives is the law of nature. Many organisations provide on-site gymnasiums and health centres and create an opportunity for the executives to remain fit and healthy. Similarly, executives, with growing age, develop issues pertaining to the human brain and cognitive skills. Needing more time to process information, lack of alertness, increased reaction time, decreased concentration, inability to connect the dots, overlooking appointments or social engagements more often, missing out the train of thought or thread of conversation, increasingly overwhelmed by making critical decisions are some of the features of cognitive decline.

Cognitive fitness can be defined as the ability to learn, reason, recognise, remember, communicate, and adapt newer thinking and decision-making processes. The core cognitive skills are sustained attention, response inhibition, speed of information processing, cognitive flexibility and control, multiple simultaneous attention, working memory, category formation, and pattern recognition. And these collectively form executive abilities. Research has indicated that if the executive is cognitively fit all through his/her life, the better equipped their brain will be against the perils of ageing, and enable them to prevent specific brain problems from occurring in the first place.

Cognitive fitness is the sine qua non for executives for a rewarding career. A wellknown body for neuroscience research has documented that declining cognitive processes is a concern that can be addressed effectively.

The concept of neuroplasticity

Brain is an interactive system with synaptic transmissions between neurons. Tasks that stimulate one part of the brain can easily stimulate several other parts of the brain. In this context, it becomes pertinent to understand the concept of neuroplasticity. Neuroplasticity is one of the pivotal discoveries in neuroscience. An understanding of the functions of the brain translated and transformed the pathways of executive development. Teaching and training the executives over neuroplasticity can have a huge impact. The central tenet of executive education is to educate how the brain changes during learning. Neuroplasticity is the ability of the brain to change, remodel, and reorganise for the purpose of better ability to adapt to a new situation. Neural networks are not fixed, but occur, disappear, and reoccur in a dynamic manner. Repeatedly, practising an activity will help in forming new neuronal circuits. Once we stop practising a certain activity, the brain will redirect neuronal circuits by a wellknown “use it or lose it” theory. Santiago Raman y Cajal, the Father of modern neuroscience, has aptly quoted, “Every man can, if he so desires, become the sculptor of his own brain.”

Neuroscientists have indicated that the activities mentioned below will help strengthen the cognitive muscle in executives:

Reading subjects that are not part of one’s regular mainstream work.

4. Memorising a poem will stimulate cortical pathways in the brain.

6. Doing mathematics calculations by hand and avoiding the usage of a calculator also helps.

7. Managing by walking around will make executives to get into unfamiliar territory and broaden their perspective.

10. Practising by expressing various emotions in front of the mirror.

11. Counting numbers backwards and playing chess with an intelligent individual is a good cognitive fitness exercise.

12. Getting into the old habit of handwriting every day for a few minutes also benefits.

13. Tackling with small fix-it jobs which will make you to think through will help you gain.

14. Creativity, innovation, and new initiatives matter not only in the development of an organisation as also an individual’s cognitive development.

17. Exercise enables the release of neurotransmitters, which are the essential life energy of the brain. Brain is not an island. The Human system is highly connected and interconnected. Biochemical changes flow through your blood vessels and reach your muscles, your joints, your bones and your brain.

As Roderick Gilkey And Clint Kilts (November 2007) put it, “Cognitive fitness can affect every part of life. On an organisational level, it may be the ultimate lever for sustainable competitive advantage.” 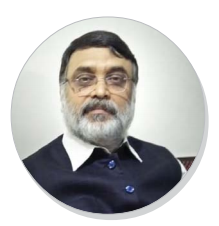 SHARE
Dr. K N Viswanatham is a Senior Faculty Member at the State Bank Institute of Leadership, Kolkata. He comes with an experience of more than two decades in teaching, training, consulting, and research. Dr. Viswanatham has a Master's degree in Psychology from Andhra University, and an M. Phil & PhD in Clinical Psychology from NIMHANS. He can be reached on [email protected]