In today's era, political proficiency at work is no longer a choice, but a necessity. Fortunately, it is also something that can be improved upon at any point in time in one's career. And the sooner that happens, the better.

“One of the penalties for refusing to participate in politics is that you end up being governed by your inferiors.” – Plato

The fact that most professionals, when asked about politics at office would say they rather prefer to avoid it is well-known. But, the reality is that almost all companies are political by nature, which indicates that if one wants to survive and thrive at work, one simply cannot afford to sit on the fence. In today's era, political proficiency at work is no longer a choice, but a necessity. Fortunately, it is also something that can be improved upon at any point in time in one's career. And the sooner that happens, the better. Those who manage to reach the inner echelons are always at a significant advantage. They not only get more done, but also get a lot of recognition.

The whys of office politics

Work involves dealing with people who, in a competitive environment, have conflicting needs and underlying insecurities, and often, unconscious biases. In fact, there are more people, lying to get ahead, or gossiping to exchange information, or maybe just vent their frustrations, and/or bond with their co-workers, than we think. All these ingredients put together are a recipe for a highly charged political work environment. At the root of office politics lies manipulation. In any workplace, as the resources are limited, individuals often have an incentive to achieve their goals at the expense of their colleagues. Power, not money, is the real currency in organisations. Often, the aim of politics at office is not growth or a pay hike, the goal may simply be an increase in control, or to discredit a competitor. Another way of looking at this is like a series of games involving tactics and related payoffs. People play these games to have a chance at getting an award they may not get through merit, and hence try to get a shot at it by employing other means.

Greek philosopher Plato once said, "One of the penalties for refusing to participate in politics is that you end up being governed by your inferiors." If one does not participate in the political game, one risks allowing people with less experience, skills or knowledge to influence the decisions being made. Also, it shows easily when an individual does not understand the political landscape of a company. Others in the organisation often start questioning capability. Questions arise about the ability to handle difficult situations, influence people, get the work done etc.

Youngsters starting their careers often mistakenly assume that understanding office politics is not necessary, which leads to the loss of valuable learning time. Knowing with whom to speak about what, realizing the right times to make yourself visible, understanding how to move projects along, and how to make your work relevant are only a few important skills. Achieving and maintaining a high level of political expertise is not easy. Expertise can never be total since the inner circles of business keep shifting.

In conclusion, it is important to understand that politically savvy professionals practice workplace diplomacy. It is important to sense the political undercurrents, but one must not allow oneself to get into situations that could compromise ones working relationships or reputation. Office politics is a fact of corporate life. Judicious politicking will help one get what he/ she wants in the world of work, without compromising others. 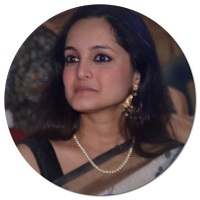 SHARE
Sakshi Sood is HR Business Partner at MSD. She is a HR professional with rich experience in Generalist, Talent management and Learning & Development domains across different sectors