Training Your Customers - A Moral Obligation 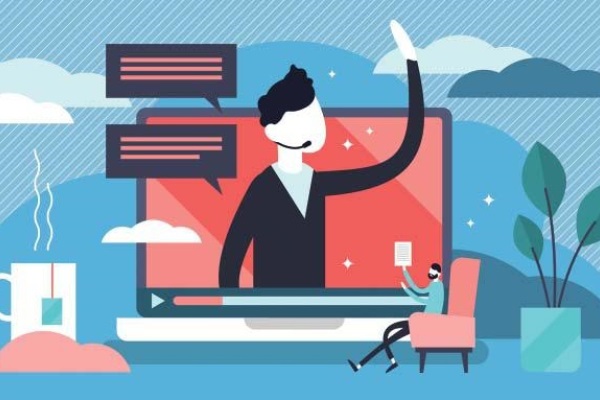 My mentor, Colonel (Retd.) KS Jaggi says, "People learn either out of fear or out of self-respect." And this applies to everyone, be it the business owners, employees, or customers. Interactions with people working in B2C organisations provide great insights into different types of customers and their behaviour. And during my recent interaction with a seasoned businessman, I was made aware of an interesting observation that generally people fall into two categories - the well-mannered and the ill-mannered. He further added that around 70% of the customers with whom his staff interact on a daily basis are ill-mannered. He added that it is truly impossible to treat every customer like a 'King' in India, at least in the near future. He also wondered as to what etiquettes people are learning in their schools and colleges! He said, "You give the slightest of hints to such uncultured customers that you value their business and intend to be nice to them, and they would start taking you for a ride!"

Simply put, as much as it is important to train your employees, it is equally critical to train your customers. And by training, I mean not merely conditioning your prospects to choose your products/services, but to also train them to develop certain professional etiquettes.

I have an interesting story to share. One of my North Indian friends has been staying in Bengaluru for the last five years. He had initially never shown any interest in learning Kannada, the local language. However, he was forced to learn the language when the situation so demanded, and he managed to do so pretty quickly! Now, he is glad that he is able to speak in another language, and feels a lot more at home as compared to the past. He also confessed that he is now able to understand the mindset of the people, and says that he is genuinely interested to know the local culture and customs.

The reason behind his learning Kannada is typical of today's reality in any of the metros. During the initial years in Bengaluru, he would commute to work in his car. However, thanks to Bengaluru's ever-chaotic traffic, he soon understood that he was better off using the city's public transport. So, he started using the city bus, metro, and auto-rickshaws. And interestingly, he was forced to learn the local language by the drivers/conductors, as they would take him for a 'ride' when they learnt that he is not a local.

He also asked a bus conductor as to why they speak in Kannada with the non-locals too, and the conductor replied, "Bengaluru had always been welcoming anyone and everyone, and one can live here without any problems, even if one didn't know the local language. However, over the years, as this is the largest city in India with regard to IT jobs, there has been a great influx of people from all across the country. Around a decade ago, whenever we met people from other states, we would try speaking in their language, in spite of the fact that it was not our language. By the way, you would be amazed to know that the number of screens in Bengaluru which showcase Telugu, Tamil and Hindi films are far greater than those that host Kannada films. Hence, most of the Bengalureans know at least three more languages apart from their mother tongue. However, our openness and welcoming gesture was mocked, and we have had numerous bad experiences wherein these customers would make fun of us for not being able to speak their language properly. Over a period of time, all of us conductors had encountered similar experiences, and hence, we have decided to make them speak our language instead. Our language is the state's official language anyway. Why should we be mocked for being nice to them? Instead, we have decided to teach them a lesson or two. Most importantly, to respect our language and culture! And let me tell you, if people in Bengaluru are today at least trying to learn Kannada, it is largely because of the cab, auto rickshaw drivers and the bus conductors!"

Training your customers is critical, especially if an organisation is sensitive regarding its impact on the society at large. There are several instances wherein the customers are not well behaved or have unrealistic expectations-how would you deal with them? One cannot expect the employees to be punching bags with the attitude: "I'm paying you to take whatever is thrown at you". This does not work in the long run.

While all of us are in business with a genuine intent to serve our customers, we do not want to be taken for a ride by them. It is likely that your employees are far more educated and civilised when compared to your customers. Therefore, facilitate the education of customers through your employees. It is definitely a positive contribution towards nation-building.

Let me share another interesting anecdote. During a Customer Service training programme for a renowned Hotel in India, I asked the participants to share their experience of dealing with tough customers. One of them shared an incident wherein a guest would keep his door wide open and run the TV in loud volume, and also speak in a loud voice in the corridors.

He was obviously a nuisance for everyone. Apparently, the Hotel Manager requested that he mind his ways multiple times, but in vain. Neither did the manager want to lose the business, nor did he wish to be rude to the customer, since he feared getting bad reviews online. He also made one of his employees act as an ill-mannered customer who was asked to vacate the room for creating a ruckus. But, this too did not work. So, as a last resort, he had to politely yet assertively warn the errant customer that he would have to call the Police. While the customer was well behaved after this, he gave one star in his online review about the Hotel.

The stakeholders' behaviour is instrumental in deciding how well you are able to utilise your time. You cannot expect everyone who walks into your store to know everything about your products/services. However, the least that can be expected from them is to behave as professionals. There have been innumerable occasions where we have witnessed people talking loudly in theatres in spite of a polite request made right at the start of the movie. The indifferent and uncivilised attitude of such people seems to say, "I'm paying you, so you are supposed to bear with my crap and tantrum, and I couldn't care less about the people around me." Hence, it is extremely critical for businesses to put such people in their place - if not for society, at least for their own business. After all, you do not want the good ones to leave you because of such people, do you?