Time To Flip Your PMS ?

Technology is certainly not the solution for all issues that arise owing to the current performance management process, but would be a key element and an enabler to define the new age performance framework.

Organisations invest a considerable amount of time in the performance management system, which in simple terms, involves setting goals aligned to business priorities, and evaluation of employees against agreed priorities for taking various decisions having people implications. While most agree that the current process is not as effective as it should be, it continues to remain in place for want of a better alternative.

While we try to find a new solution, it is important to understand that the relevance and effectiveness of a PMS cannot be dealt in isolation. A holistic understanding of the changing business realities, the workplace, and the social fabric of the new-age workforce would be a key determinant in establishing the relevance for any performance framework, and its effectiveness to engage and motivate employees, while continuing to deliver results and reinforce a culture of high performance and meritocracy.

Challenges for the current approach

As per a study by McKinsey, while the average life-span (in years) of companies listed in Standard & Poor 500 was GI in 1958, it is less than 18 today. The study goes on to say  that 759 of these companies would cease to exist by 2027. Thus, the process of creative destruction is only accelerating. Apple, Google, Facebook, Microsoft, and Amazon are the world's most valuable brands for 2018,  and  almost all these companies were non  existent 25 years ago. It is not merely coincidental that all of them are technology companies, but a validation that technology and its meaningful application to meet specific customer needs would define the success and growth for the organisation. We have moved  beyond an era driven by the economies of scale and mass production within a predictable work environment, and times when goals set at  the  beginning of the year were good enough to determine success if alignment existed within the organisation. In order to remain relevant, organisations need a performance framework that encourages creativity, innovation, and promotes agility, critical thinking, and problem solving with continuous learning as a way of life for the workforce.

Technological advancements are blurring physical boundaries, eliminating the challenge of geographical proximity and physical presence. According to reports from Deloitte and Freelance Union, gig workers contribute for as much as 35-40 9 of the overall workforce in markets like the US, and these numbers seem to be increasing in the other markets as well. While it is a good development that arms people with greater flexibility and choice, it poses an equally important challenge for the organisation from the perspective of talent management as they are not full-time employees, and often work with more than one company. Such a working arrangement would need serious re-alignment of internal set up within organisations, including the performance framework to leverage and reap the benefits of these agile workers, and remain cost effective. The reality when gig workers would be a critical part of an organisation's workforce, and significantly influence the future fortunes of the organisation no longer seems distant.

Peter Drucker, who had a significant influence on the current performance management framework through Management By Objectives popularly called MBO, observed in a 1992 essay for Harvard Business Review, "In a matter of decades, society altogether rearranges itself - its worldview,  its basic values, its social and political structures, its arts, its key institutions. Fifty years later a  new world  exists. And the people born into that world cannot even imagine the  world  in which their grandparents lived and into which their own parents were born.
Our age is such a period of transformation." For Drucker, the newest new world was marked above all by one dominant factor, "the shift to a knowledge society." He had envisaged a world where value would be generated by mind and not muscles, and this shall soon be a reality with automation, robotics, 3-D printing, and AI taking over many of the repetitive jobs.

The new age workforce is defined by millennials who grew up in a globalised economy, characterised with easy access to information, resources, and more importantly, an abundance of opportunities unlike the previous generations, and live in an interconnected world, where the fusion of technologies and availability of products is blurring the line between physical, digital, and biological spheres. A performance framework for these workers needs to focus on purpose, autonomy, continuous learning, quality of work, and most importantly, view them as assets with aspirations, who desire to work for an organisation in preference to all the other opportunities.

Performance Rating is an outcome, but the emphasis and importance given to it for deciding the future rewards and growth  opportunities  of an employee have made everyone believe that it is the necessary evil of an employee life-cycle. In some manner, it has rendered the outcome more important than the process, and rating often becomes the driving force for an employee to behave or act in a certain fashion. Such a behaviour is at times counterproductive as it promotes unwarranted competition and working in silos, contrary to the culture of teamwork and collaboration that an organisation expects from all its employees. The issue with such an outcome driven approach gets further compounded by the following two aspects of the way the current process gets managed in most of the organisations.

• Annual Goal Setting Process: In today's context where the external business environment and business dynamics may make the entire business plan or business priorities redundant or irrelevant, the annual goal-setting process is no longer relevant as the goals set or priorities aligned through a top—down approach at the beginning of the year may not even remain relevant by the end of the first quarter.

• Review Process: While it is true that most of the progressive organisations have made Mid—year and Quarterly review mandatory in addition to annual review, and enabled the  process for additional conversations between the manager and the employee during the year to review performance, and re-align priorities any other  time  as well, the hard truth is that must of the organisations struggle to complete non- mandatory reviews.

The disconnect with the current approach to managing performance is deep-rooted in its construct. It views employees as any other resource tn be used judiciously for meeting organisational objectives and alignment of goals as a mechanism to ensure free will, and employee judgment can be effectively managed in the interest  of the organisation. Such a thinking can be traced back to the origin of performance management as a concept and a significant influence of principles of scientific management during that period. Unlike the past, one cannot judge the contributing and its impact through the number of hours spent and the quantum of things done, but through the quality of output.

While the current framework has evolved significantly since, and progressive organisations have included aspects like Personal Develop Plan, continuous feedback, and leveraged technology, little has been done to change the fundamental construct, which still looks at employees from a lens far removed from reality. With AI, 3 D printing, and robotics taking away most of the repetitive manual jobs, the future would only be brighter for  a knowledge worker. This new age worker has an inherent want to be included, involved, consulted, or informed  (as the case may be) on any decision making that may impact or influence his/her future growth prospects.

A performance framework to ensure that it can drive a culture  of high performance and motivate  new age workers to give their best has to ensure the following aspects needs a deliberation:

• Purpose: A new age worker wants to understand the purpose and scope of their role and how it contributes to the bigger picture.

• Autonomy: A new age worker wants empowerment to be able to discharge their role and its scope effectively.

• Content of role: The role should have the scope of innovation and help them improve their overall skills from a future employability perspective.

• Coaching: The new age worker is not looking for feedback but coaching and mentorship.

• Performance is a Journey: Performance is a  continuous journey and involves a lot of discretionary effort and behaviour which is not always captured in the year-end output. Hence,  it is difficult to summarise through a rating for a year.

• Rewards: The new age worker is looking to be rewarded appropriately, and within appropriate on-time for the Contribution, and not wait for the Annual performance cycle and Salary revision cycle.

Performance framework needs to put equal emphasis on the needs and aspiration of an individual as it considers organisational priorities. To be seen as a value-enhancing experience; the annual goal setting processes should be replaced with an arrangement that empowers employees to decide what initiatives within their scope of work would create maximum impact fnr business given business priorities.

Also, the talent and reward processes should be re-calibrated to align with the expectations of the new age workers. In simple words, if organisations expect their  employees to be agile, they have an equally reasonable expectation from the new age employee to exhibit agility in such a manner that it recognises and rewards their contributions. 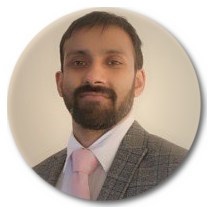 SHARE
Nitin Nahata is HR at Udaan. He is a global HR Professional with an experience of more than 15 years across Banking and FMCG and has worked in organisations such as HSBC, Standard Chartered Bank, and Tata Global Beverages. Nitin is a TISS Graduate from the 2003 Batch.