To Win Or To Be Right?

What is right and what is wrong is often fluid and changes with the movement of the sands of time and with it our changing perspectives.

A Sage and a King arrived on the opposite ends of a narrow bridge at the same time. Both of them wanted to cross over to the other side and expected the other to make way – the Sage thought of himself to be the wise one and hence should have the right of way, while the King believed that his royal status guaranteed his passage. Neither was willing to give way. The Sage, in a fit of anger, cursed the King that he be transformed into a demon. On transforming into a demon, the King devoured the Sage with alacrity. In the end, both lost – the question then is, “is it important to be right or to win?”

The human mind has this deep craving to be right. Recollect the feeling of pride when you heard the teacher say “Right answer!” in response to your attempt to answer the question posed. We experience this pleasure when the boss singles us out to say, “You are right!” This is natural. The situation turns tricky when we vigorously argue our case to be right that we sometimes lose sight of the larger agenda. We get caught in the dilemma of the Sage and the King and end up in a situation where we are, in the end, proven right but the organisation actually loses. This situation occurs at all levels of an organisation but as we grow higher in the echelons of its structure, this tendency of being proven right gets more predominant. And, of course, the impact of a sub-optimal decision for an organisation is much larger when the senior leadership is involved.

There are innumerable examples where leaders have fallen prey to the temptation of always being seen as the person with the right answers. This results in leading the organisation down a disastrous path. One glaring example is the leadership failure of Martin Winterkorn, the former CEO of Volkswagen. Winterkorn left the company in a shameful manner after Volkswagen’s vehicles were found to have cheated U.S. emission tests. He claimed to have no knowledge about this, but subsequent correspondence from the company tends to suggest that Winterkorn created a climate that made it difficult for employees to present an alternate point of view – which is possibly another way of saying, “I am right – don’t challenge!”

Why does this happen even with senior, intelligent, and successful leaders? Here are a few thoughts that one can offer gleaned through personal experiences.

1. Emotional investment in ideas: All of us get emotionally attached to our ideas. They are the very product of our brain and we even call them our “brain-child” indicating that it is the brain’s offspring. So, we begin to closely identify ourselves with the idea that we believe that any challenge to it is a challenge to us – our knowledge, authority, and experience. This association and identification happen insidiously. And even without our knowledge, we transgress the boundary of professional conviction in our ideas and move into the realm of deep identity association.

2. The inflexibility of approach: We reach a leadership position, in most cases, because of our successful decision-making. The mind actually interprets our success as a reflection of us being right – conveniently forgetting the numerous occasions when our success was attributable to the contribution of colleagues which transformed our original “brainchild” into a winning proposal or in some cases pure luck. This convenient correlation between being right and being successful convinces us about the infallibility of our ideas, making us even less open and flexible to challenges to our proposals.

3. Inability to accept “loss of face”: Many leaders thrive in creating and perpetuating a larger than-life image of themselves. The aura helps them navigate the corporate corridors of power through the sheer force of their personality. This is fine till the point when these leaders then find it difficult to accept that their point of view may not be the most appropriate one. They perceive this as a loss of face which they further interpret as an irrevocable dent to their persona. This “loss of face” is not possible for them to swallow leading to an inordinate defensive positioning. Leaders from hierarchical cultures like India and China, where power distance is high, show a higher degree of a penchant for this behaviour.

Given that leaders, by default, have a “Rightfulness bias’”, it is then important for enlightened leaders to be able to identify this bias in their own behaviour. To be aware of this bias and early identification is more than half the battle won in overcoming the bias. What then could be the markers that could help the leader with his awareness :–

1. Anger/irritation: If one is reacting with anger or irritation to the challenges to one’s proposals or ideas, then it is a sure-shot giveaway of the rightfulness bias creeping in on you. One experiences annoyance on being challenged when one identifies the challenge as one which is directed at oneself and one’s identity rather than the idea. This is a clear indication that one is getting emotionally attached to the idea and the idea has become “my idea”. At the first sign of anger raising its ugly head, the leader must take a pause to evaluate the source of the anger leading to early detection of the rightfulness bias.

2. Defensive argumentation: A leader’s antennae must be constantly alert for his/her own defensive reaction to a challenge. Defensiveness is a natural response of people who are not open to alternate ideas or proposals. If one hears oneself saying “yes but…” often in a conversation it often reflects the need to defend and protect one’s position which is then a definite impediment in the path of finding the best solution to the problem for the organisation.

3. Creating beliefs that perpetuate conspiracy theories: This happens when we are “losing” an argument or when we think that the other person/s is/are not understanding a straightforward idea to the effect of us creating conspiracy theories related to the motives of the challenger. We do not know the motives of people and if we are assigning ulterior motives to explain legitimate challenges just because they are inconvenient and timeconsuming to address, then in all probability it is the rightfulness bias creeping into our thinking.

What is right and what is wrong is often fluid and changes with the movement of the sands of time and with it our changing perspectives. 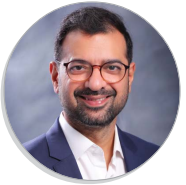 SHARE
Ashish Pradhan is President, Siegwerk India & Greater China. He comes with over 25 years of experience in the Packaging industry and has worked in Huhtamaki, Positive packaging, Henkel, and International Paper. Ashish is a Mechanical Engineer with a Management Degree and holds Diploma in International Trade from the Indian Institute of Materials Management and a Diploma in Packaging from the Institute of Packaging, UK.