David Epstein, in his book Range: Why Generalists Triumph in a Specialized World, has aptly used Arnold Toynbee's famous quote, "No tool is omnicompetent. There is no such thing as a master-key that will unlock  all doors", as an epigraph.

Contemporary culture is obsessed with precocity. From a very young age, it is instilled in us that if we fail to get a head start, we will be left behind. Epstein turns the advice on its head by rebutting the much discussed '10000 hours of practice' and 'pick and stick' models as the only success paths.

Abandoning the cult of specialisation, Epstein dives into the science of developing a range. He argues that people who taste a wide variety of experiences are better poised to succeed.

Filled with reams of research, insights, and stories, the book opens with the saga of the contrasting career trajectories of Tiger Woods and Roger Federer. It chronicles the history-making early career of Woods, who started playing golf at an early age. Federer's narrative presents a radically different perspective: a multi-sport athlete who switched over to tennis several years after most of his peers. The very title of the book gives the readers with an inkling to opt between the 'Tiger path' and the 'Roger path'.

One of the appealing aspects of the book is the delineation of "kind" versus "wicked" learning environments. In the kind domain, patterns get repeated, and feedback is extremely accurate and rapid. Such territories, however, are incredibly rare. Our work normally falls under the wicked realm, where rules are often unclear, patterns harder to discern, and feedback delayed. In an unkind world of high complexity and fast-paced technological change, diversifying your pipelines can become a life hack. Epstein asserts that the ability to integrate broadly is the greatest human skill. In narrow worlds, Artificial Intelligence (AI) is far more likely to perform better than us.

Ramping up to the business world, Epstein cites Abbie Griffin's research on 'serial innovators' and her advice to HR managers. Narrowly defined job roles tend to weed out candidates who have the potential to bring repeated breakthrough innovations. These individuals have usually zigzagged through many professions, have multiple interests, and at a first glance, look like "round pegs to square holes". And HR should be wary of such a hiring practice.

Epstein advocates the concept of 'match quality'—used to describe the degree of fit between the work you do and who you are. Instead of imposing an up-or-out corporate ladder, sampling different career tracks to facilitate people on the hunt for good match quality leads to better retention.

The book is also a soothing balm for pressured parents who usually assume that if their kids dabble, they will be left behind those who got an early specialization. Epstein urges parents to drop stereotypical insecurities and allow children to take time in finding their match.

To the conventional mind, the book's theme seems deeply counterintuitive, but is sufficient to trigger new insights. Readers will learn that behaviours that cause the best short-term performance can often undermine long-term development. 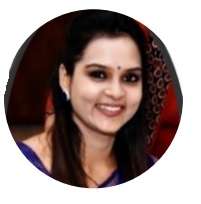 SHARE
With 5+ years of experience, Ankita has performed diverse roles across the entire spectrum of corporate HR—from hire to retire. She is currently Deputy Editor at Human Capital.