Time To Delink Incentives From Performance?

It is plausible to experiment only if performance is looked from the point of view of immersion, collaboration, and innovation. And organisations must try to delink incentive from performance rather than attempting to create a performance culture.

Employees desire to be rewarded after achieving their desired results. This is partly being borrowed from our individual cultures because ever since our childhood, we are offered rewards for the successful completion of a task. Almost similarly, organisations reward higher performance by way of incentives and reward. That reward often comes in the form of incentives of various shapes and sizes - both monetary or nonmonetary - which employees normally receive over and above their in-hand compensation. This is assumed to be a simple method to retain the best performing employees by rewarding their performance. When performance is incentivised by way of performance bonus, stock options, and year-end payout, such a type of incentive plan are called pay for performance or performance-based pay.

The Bell Curve and its creditability

Today, we are questioning the very creditability of the bell curve and perceiving it as an unnatural representation of the population which has been force-fitted upon us. The Bell curve is technically different from normal distribution since it works on the notion of establishing a quota with a big bulge in between. That bulge is classified as average and above average, a little common sense would enable us to think as to how a significant part of the population falls within the bracket of average or above average every time. Why, unlike in statistics, the bell curve is normal distributed to either being skewed on the sides or uneven peaks in between. Perhaps, that is a slightly more realistic representation of the population about how they behave, perform, and in general, go about doing their work.

Likewise, the bell curve has been turned into a holy grail in the corporate space, so much so that the entire year’s performance culminates around X and Y-axis. In such a case, a lot depends on the past record of performance since performance ultimately boils down to appraisal. Therefore, it is hardly surprising that appraisals in practice are synonymously and wrongfully understood to be the entire performance management system. Thereby, the high-performers’ cadre is often at the right side of the curve, and often, enjoy greater incentives since they are classified as A-Star performers in the curve, while the above average and average ones are offered with a standard year-on-year bonus. While this system looks great on paper, the extent of its utility in creating a culture of performance remains to be dubious even today.

Unaffordability of many top-performers

Most often, the bulge of average is labelled B; neither is it seemingly excellent nor poor. Since appraisals are directly linked to incentives, organisations, therefore, cannot afford to have so many high performers, as more high performers would result in higher incentives, and higher incentives would take a hit on their top line. At the end of the financial year, scores are adjusted into a relative scale where performance is not an individual sojourn, but a comparative one, where the rating is key to be a high performer.

It is, therefore, hardly surprising that the Performance Management System (PMS) in the traditional sense exists within the dyad (between the manager and employee) and the last quarter plays a significant role in determining who will be the top performer. Such practices often metaphorically denote that performance is like a T20 cricket match where the winner is often decided in the super over. Over the course of all these, performance becomes a calendar exercise and does not necessarily create a way of work in the organisation, whereas performance is a narrative and not entirely the end result. In order to make performance the way of work, the performance narrative must sip into every corporate dialogue and activity, not merely be restricted to review discussions (PRD) and appraisal.

Various organisations have innovated their ways of managing performance especially tech companies which are more immersive, dialogical and coaching cantered. Netflix, for example, lays emphasis on the manager and context of the work, where the manager’s role is significant in the performance of their respective team members, as employees’ performance is a reflection of the manager’s performance as well.

Another radical step towards making performance a way of work is to delink it from the incentive. Incentives work on the basic principle of reinforcement theory, where monetary or non-monetary rewards are placed to achieve a desired target or task, if not, then one is put under improvement plans (PIP). To avoid last minute derails on performance, an organisation must create a realtime transparent performance dashboard where team performance becomes a critical responsibility for managers. Managers must be encouraged to develop their teams and work like a performance coach, where they do not need to wait for their respective HR to schedule PRD to discuss performance after six months. They must discuss it on a day-to-day basis and try normalising not the curve, but the discussion around performance and be able to give back constructive feedback to their subordinates. Organisations, on the other hand, must rethink their approach to incentive and not link it to performance alone. However, the crucial questions that need to be addressed are:-

♦ How does an organisation then differentiate among its performers?

♦ Will delinking incentive from performance not demotivate employees towards their efforts at the end of the year?

These are pertinent concerns, but the answers reside in the questions itself, so while delinking incentives, an organisation must expect to create an environment where it can claim that everyone is a performer and completely put an end to year-end appraisal. Secondly, the structure of compensation needs to be redesigned in a way that employees’ entry to the organisation is primarily due to their ability to perform so that the basic salary needs to go up and reduce the dependence and funfair on the incentive. That being done, it should be transparent in the organisation’s culture that it strives for performance as against appraisal.

Without performing, one cannot expect to smoothly sail through the organisation by primarily working on the dyadic setup. Sales incentives, for instance, are often used like ‘man of the match’ trophy among professionals. The question, however, is if an incentive is required for sales to perform, then what is basic salary meant for? Perhaps, to have a differentiating factor and to create a competition. Here, while delinking incentives from performance, the competition is to perform in a shorter timespan with wider and strategic goals that are not merely assessed in numbers during the financial year. Although this is a farfetched idea, it is plausible to experiment only if performance is looked from the point of view of immersion, collaboration and innovation. It is time for organisations to try to delink incentive from performance rather than attempting to create a performance culture. 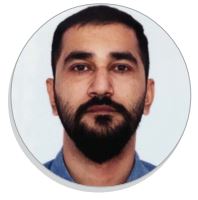